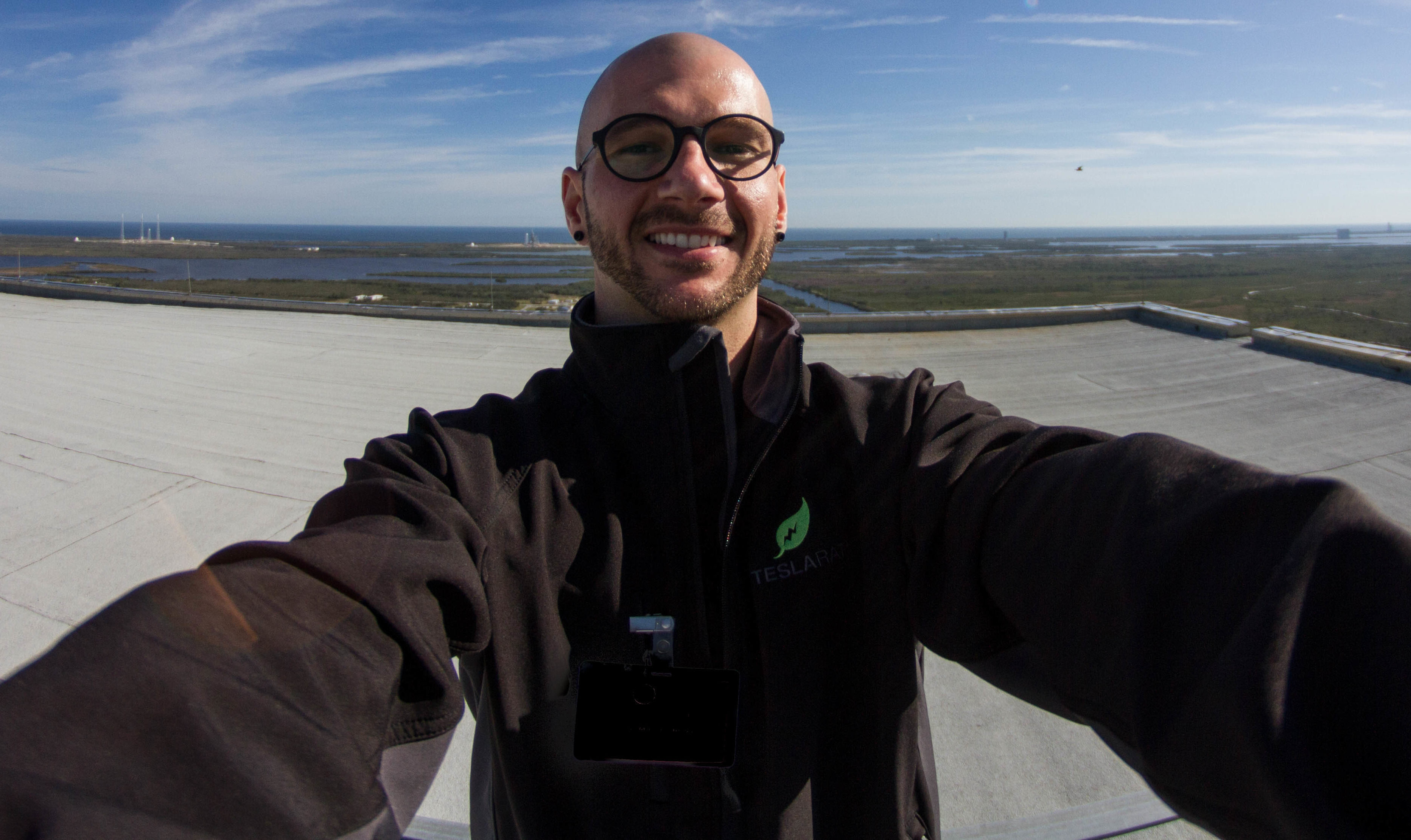 Rocket launch photographer covering SpaceX: “I have the coolest job in the world”

“You have the coolest job in the world!” is something I hear quite often. Not because I get to post selfies on Instagram, while standing on top of the roof of NASA’s Vehicle Assembly Building that once served as home to the Space Shuttle, but because I film rockets.

My name is Tom Cross and I’m a credentialed rocket launch photographer for Teslarati at the Kennedy Space Center in Florida.

Being mainly accustomed to story-telling through photographs, this blog will be a first for me, so bear with me as I attempt to bring you into my life and show you what it’s like to be involved in SpaceX launch operations as a press-photographer, in written word.

In addition, I’ve already begun posting little video snippets on Instagram, giving SpaceX fans insight on my launch preparations and a behind-the-scenes look at launch facilities. Another common question I get is: “What type of gear do you use?” For the techies out there, I’ll be answering these types of questions, while also providing tips on photography and editing.

I don’t expect this to be an overly technical type of blog and I’ll try to make it fun, nerdy, and quick to read. If you’re new to rockets or photography I think you’ll enjoy it because I haven’t gotten sucked into it so much to be exclusively interested in the esoteric things. Let’s make this an interactive experience so be sure to leave me a comment, ask questions, or tell me if I missed something you want to see!

It is a wonderful privilege to be able to turn a passion for photography and space exploration into a career, something that does not escape me one moment. I’m blessed to know that my wife and family are very supportive, as it takes quite an investment of time to do this type of work.

So, how did I get into this, you ask? Long story short: I used to watch Space Shuttle launches while growing up here in Florida. I was fascinated by them and wanted to know about the people who were handpicked to ride on the Shuttle, so I decided to learn more by reading the biographies of these astronauts. Most of them were inspiring and surprisingly entertaining. Astronauts have an incredible camaraderie and I find their sense of humor, derived from experiences only an astronaut would have, simply hilarious.

That wasn’t enough though.

Because I lived so close to where all of the action was taking place, I began to frequent Kennedy Space Center’s Visitor Center to experience and learn more about the industry. There, I had the opportunity to meet some of the astronauts that I’ve been reading about! What a blast (no pun intended) it was to be able to do that. It turns out, they’re no mythical space superhero. Rather, they’re interesting everyday people, too – believe it or not. 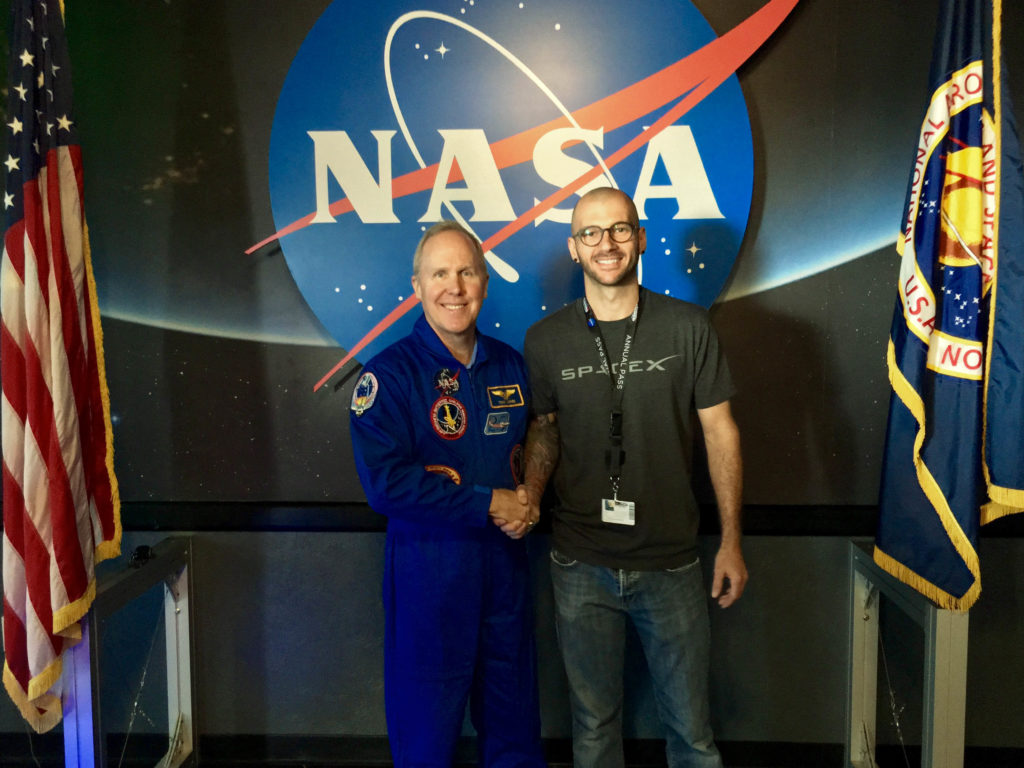 I believe great images allow people to experience something in an intimately deep visual language that only they can truly understand, and it’s a special moment for me when I pull up one of my pictures on my iPhone and hand it over to them and see the positive reaction on their face.

I took photography classes at a local college. During my time as a professional paintball player I saw a lot of incredible images of the sport so, when I stopped playing, I began to take my own photos from my perspective as a former pro-player. My photography began with paintball events, teams, and players. Then, it moved into Racing at Daytona International Speedway from inside the team pits and the infield. I got hooked on shooting extreme sports and not being the type of person who is content on just watching – I had to be involved! Now, my long-time passion for space and photographing remarkable-extremes lead to shooting rocket launches and there’s nothing more thrilling to me than this!

Have you ever been here for a rocket launch? Close enough to hear it? Feel it?

2018 is going to be a lively year for space. I’m sure many of you reading this have either considered coming to witness the demo-launch of SpaceX’s Falcon Heavy at the end of January, or already have plans for it. Either or, if you do come and see a guy speaking into a vlog camera and looking slightly overenthusiastic about it, chances are it’s going to be me, so come say hi.

Have a good one, 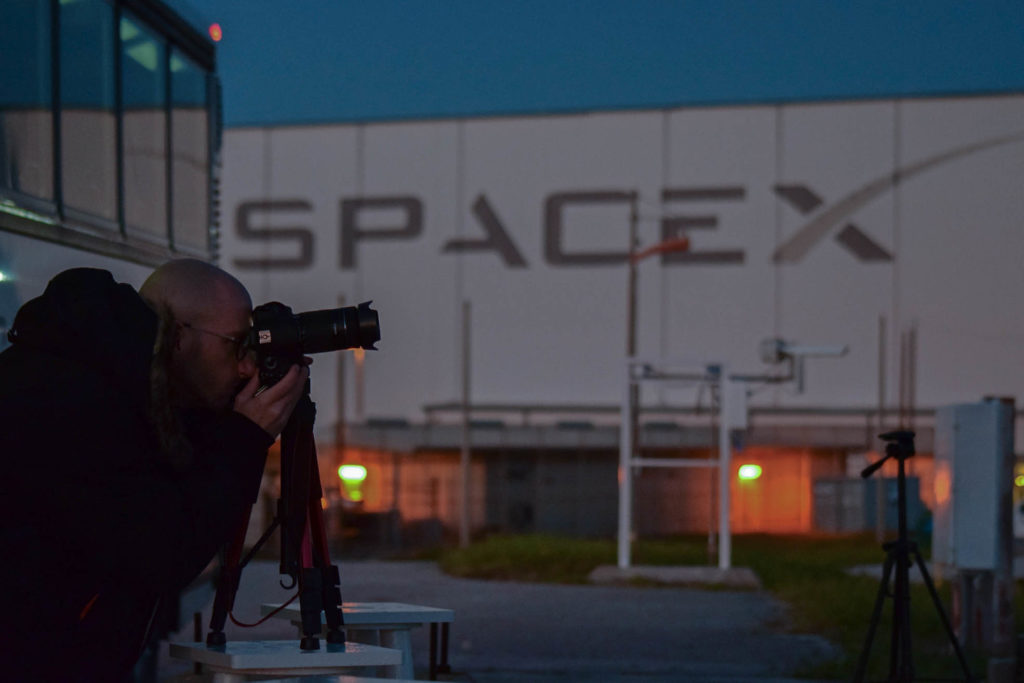 Rocket launch photographer covering SpaceX: “I have the coolest job in the world”