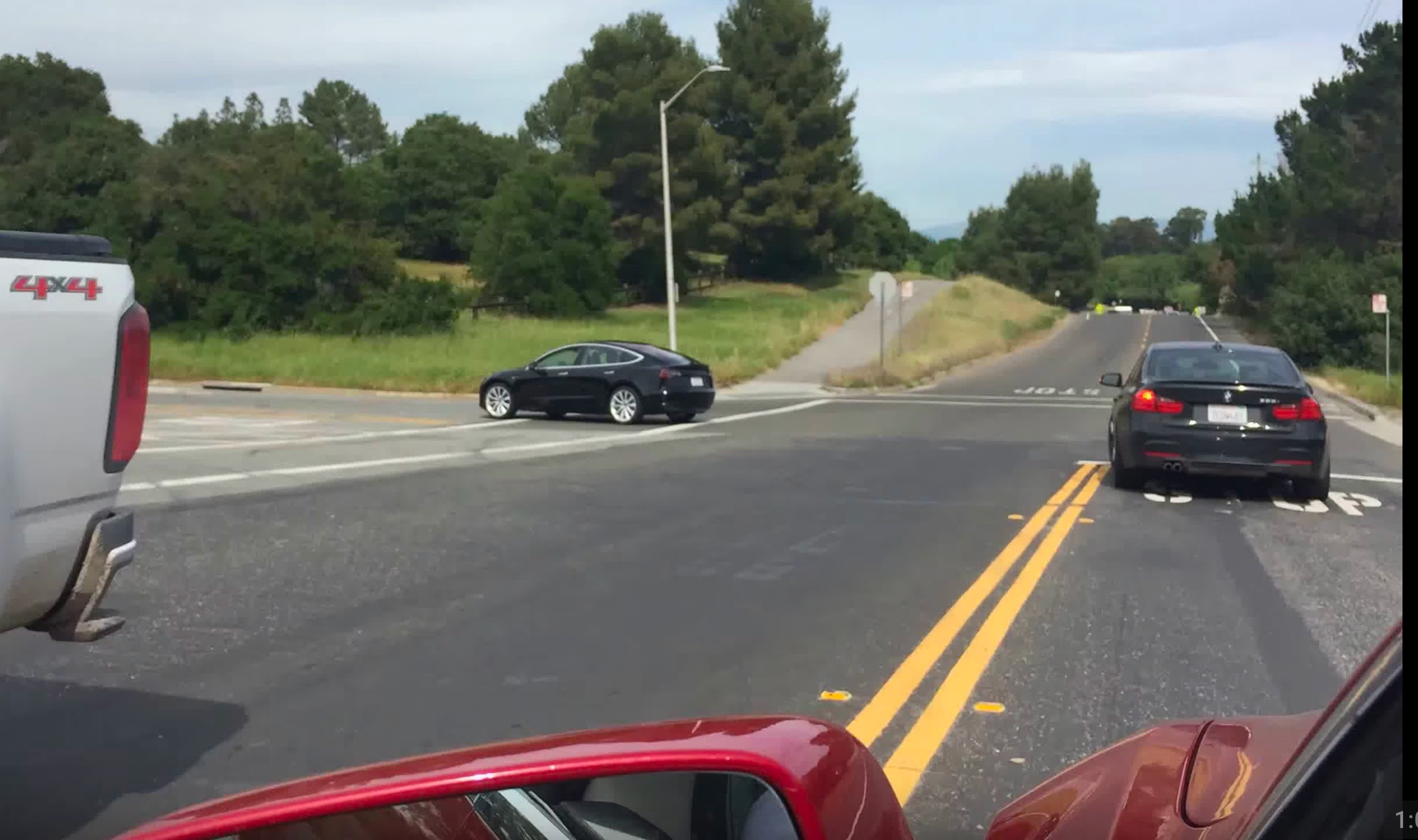 Following our report that a black Tesla Model 3 release candidate was spotted testing on open roads, the same vehicle was back on the streets a day later, this time testing on the curvy backroads near the company’s Palo Alto-based headquarters. Teslarati friend and Model S P85 owner Wayne, who sent us yesterday’s Model 3 release candidate spy shots, tells us that he spotted the vehicle once again while driving his normal afternoon route.

“Why is that Tesla’s headlights off?” Wayne tells Teslarati, citing it as the main reason why he noticed the vehicle in the first place. Model S and Model X vehicles use daytime running lights that also automatically turn on when driving through dark areas. Beyond having the lights turned off, Wayne also pointed out that the Model 3 had cloudy and opaque headlamps. “The headlights were also kind of not clear… like an older car that has UV damage to the headlight lens”.

The Model 3 was spotted at 3:14pm on Arastradero Road on Wednesday, April 5 which has become a common testing ground for new vehicle development ahead of production. We saw similar videos of Tesla’s Model X testing on the same road prior to production. 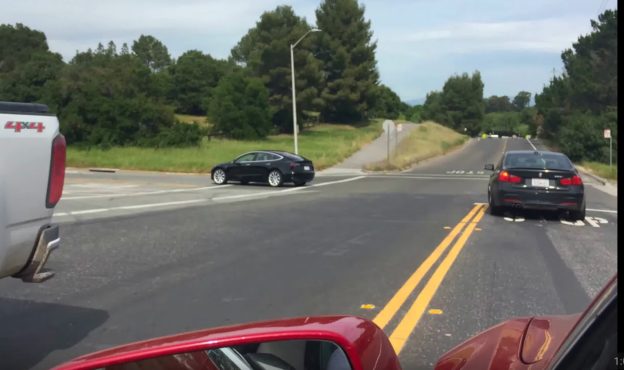 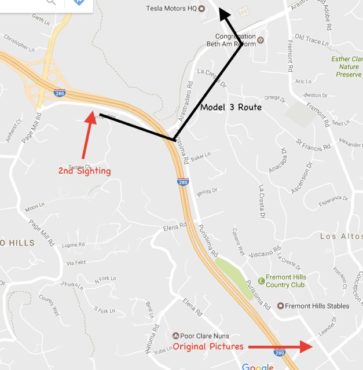 Beyond the additional sensors mounted on the C-Pillar of the car, there wasn’t anything else notable on the Model 3, according to Wayne. Because it’s late in the game to assume that Tesla would introduce additional Autopilot cameras, making a total of 10 cameras from 8, it’s quite possible that the vehicle we’re seeing is a development car and not the release candidate that Elon Musk shared a couple of weeks back. That may explain the old headlights and, what some Tesla enthusiasts pointed out in the forums, body panel gaps. Development cars are often used by engineers solely for testing purposes.

With roughly three months remaining before Tesla begins low volume production of the Model 3, it would seem unlikely that the company would introduce such critical components (Autopilot hardware updates) at such a late stage. Perhaps Tesla is flushing out details for the Model 3 upgrades to come after the standard rear wheel drive build?

For now, let’s watch Wayne give chase to the spirited Model 3 and BMW chase car through the local roads behind Tesla HQ.