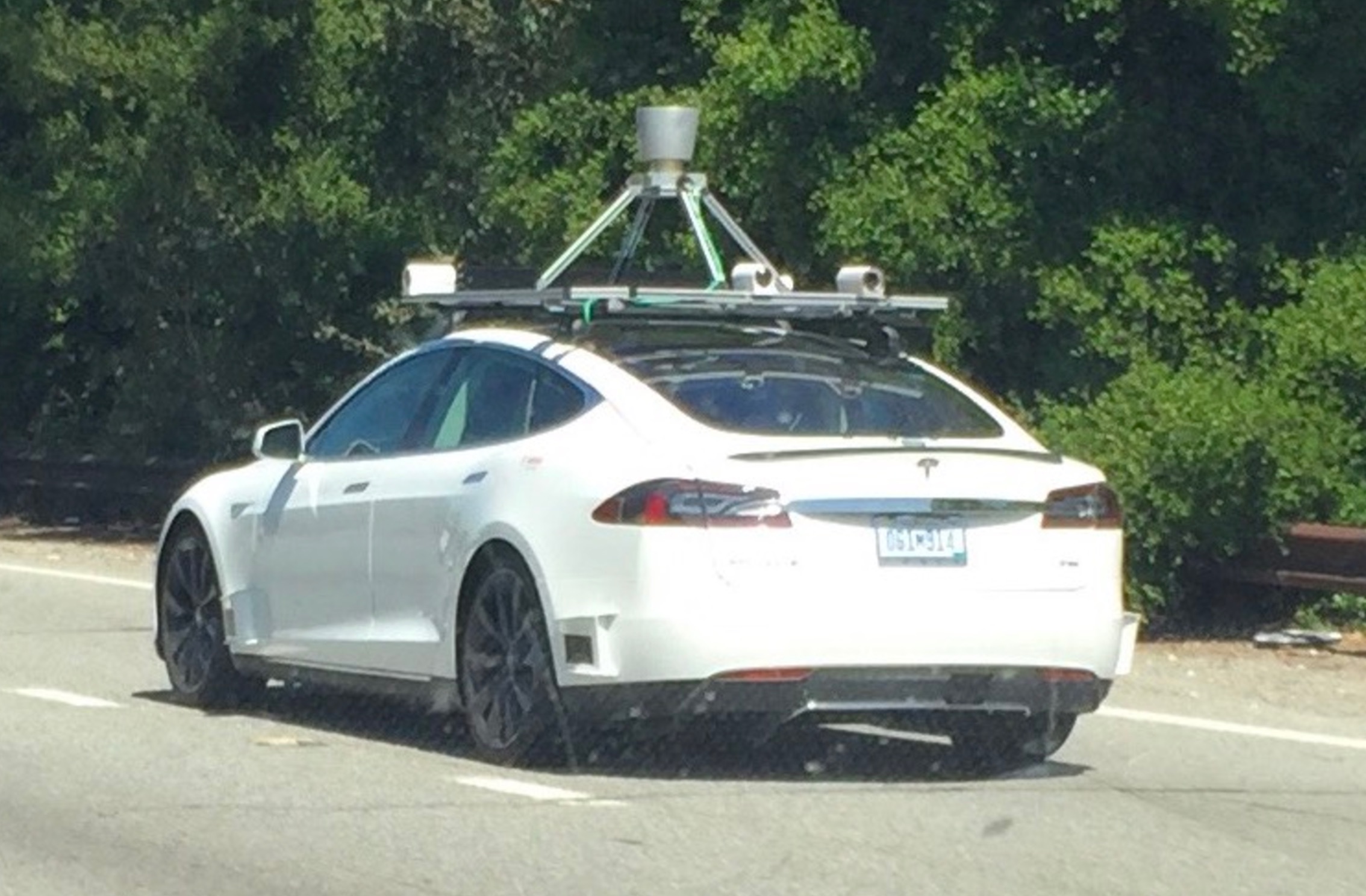 On the same day a black Model 3 release candidate was spotted driving around Silicon Valley, another Teslarati reader caught a Model S with a roof mounted LiDAR and additional self-driving hardware testing around the grounds of Tesla’s headquarters in Palo Alto, California. After further examination, Teslarati can confirm that the vehicle was equipped with manufacturer plates, indicating it’s most likely a test vehicle owned by Tesla.

The Model S seen was equipped with a Velodyne LiDAR on top which is in sharp contrast to Tesla CEO Elon Musk’s technology vision for Autopilot. He’s previously stated that Tesla’s Autopilot suite doesn’t need LiDAR sensors, going as far as saying that radar is better equipped for seeing through rain, snow, fog, and dust.

Good thing about radar is that, unlike lidar (which is visible wavelength), it can see through rain, snow, fog and dust

The biggest players in the autonomous driving market including Google’s Waymo, Uber, Ford, and Volvo are using Velodyne LiDAR sensors in their self-driving vehicle prototypes as a means to create hi-definition 3D maps of the vehicle’s surroundings. Though Musk has been a proponent of radar-based technology over LiDAR, Velodyne LiDAR Inc. counts Tesla as a customer for their products, according to Bloomberg.

After further examination of the sensor-loaded Model S caught testing in public, it looks as if  they could be using additional sensors in the corner of the vehicle. Velodyne’s LiDAR products have previously been mounted in the same location on other vehicles.

The top mounted LiDAR looks remarkably similar to Velodyne’s HDL-64 which can measure 1.3M data points per second. The size of the unit also matches up with Velodyne’s 11″ high unit. It also appears that Tesla mounted several cameras on the roof rack, and as one Redditor speculated, “Probably using lidar to validate Tesla Vision,” which we believe is a reasonable assumption.

Only time will tell whether Musk’s LiDAR-free self-driving strategy will play out, as more and more manufacturers turn to laser arrays for collecting valuable data of their vehicle’s surroundings. Musk stated at a press conference in October 2015, “I don’t think you need LIDAR … you can do this all with passive optical and then with maybe one forward radar.”

While we have seen Teslas with LiDAR equipment in the past, none have had a manufacturer license plate.