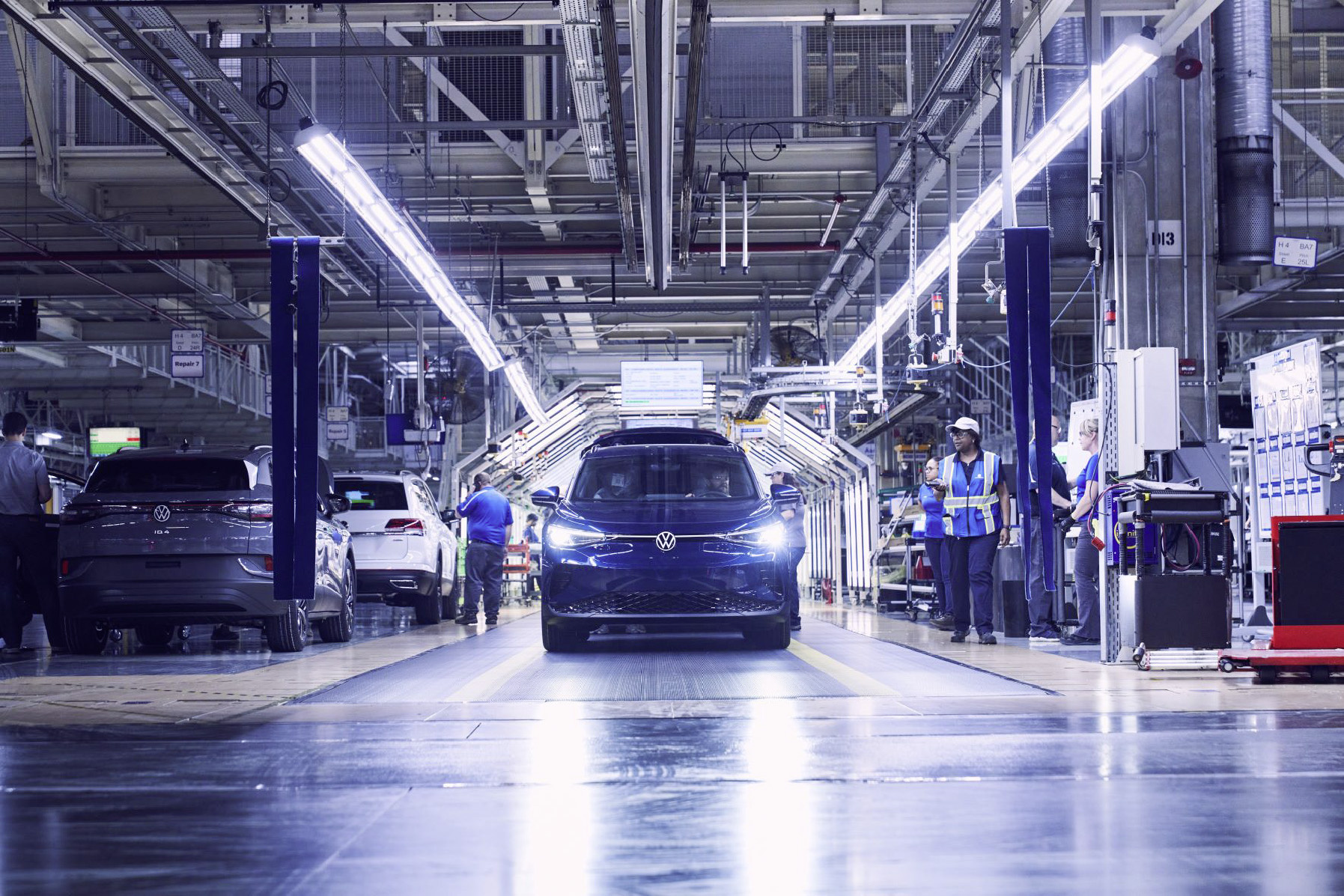 Volkswagen aims to achieve 20-30% automation at its Trinity factory

Tesla is definitely not the only automaker that is looking to achieve more automation at its factories. As per recent reports, German automaker Volkswagen is looking to automate about 20-30% of the production at its upcoming Trinity EV plant, which is expected to produce electric cars. The update was related by the facility’s chief production officer on Tuesday.

During a suppliers summit in Wolfsburg, VW executive Sebastian Schmickartz noted that carmaking today still involves a lot of manual labor. “Assembly is still 90% manual work. This is what we want to change with the new factory. We are looking at 20-30% automation,” he said.

Volkswagen is looking to adopt several key innovations that would make it easier to automate the Trinity plant. Schmickartz noted that moving to a module-based strategy and compressing about 50 pieces into one using methods like die casting will be the key to automating more of the Trinity facility’s assembly line, according to a Reuters report. This is a strategy that fellow EV maker Tesla has adopted in recent years.

Volkswagen’s Trinity plant is expected to be the site where the automaker would be producing its new flagship electric sedan. The vehicle is expected to begin pre-series production in 2025, with the formal start of manufacturing beginning in 2026.

While aiming for more automation is an admirable goal, Volkswagen would be wise to be extremely careful. After all, even Tesla, the world’s leader in electric vehicles today, made the mistake of over-automating the Model 3’s production line during the vehicle’s initial ramp. Tesla ultimately had to walk back and adopt a production system that uses human labor more effectively. CEO Elon Musk later noted that humans are underrated in the vehicle production process.

However, it is undeniable that the benefits of innovations such as megacasts are notable. Tesla has optimized its vehicle production using its Giga Presses and megacasts, and it has helped factories like Giga Berlin and Giga Texas ramp up their respective Model Y production lines relatively quickly. In this sense, Volkswagen at least appears to be on the right track.

Volkswagen aims to achieve 20-30% automation at its Trinity factory