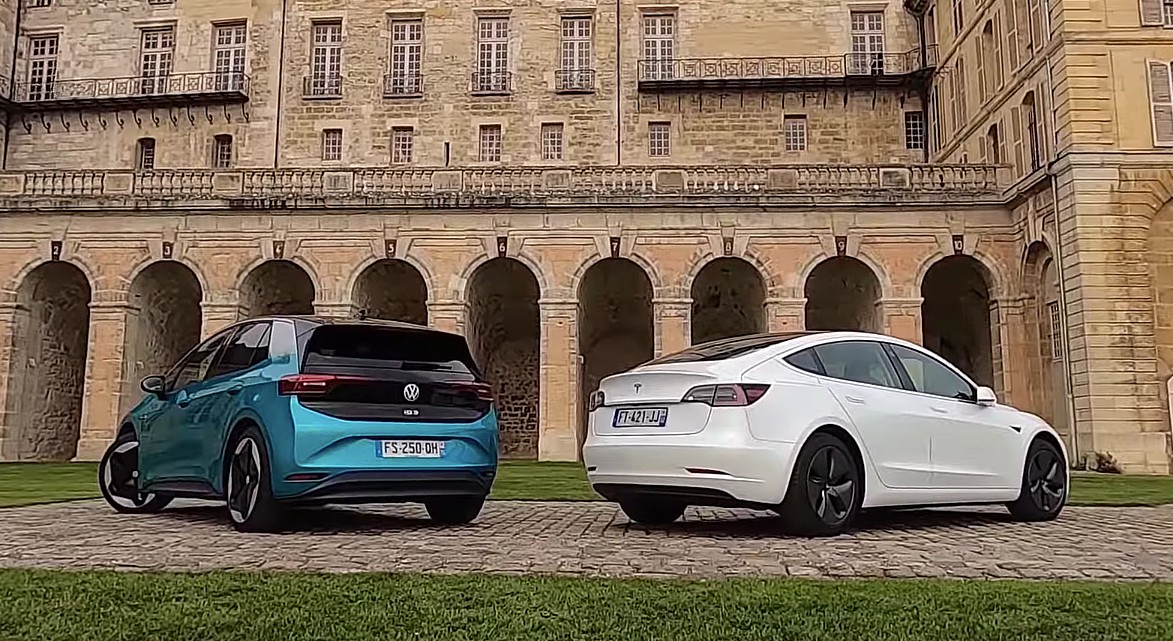 The Volkswagen ID.3 may have experienced its own fair share of challenges when it was initially released, but the mass-market all-electric hatchback seems to have serious potential nonetheless. As per the recent teardown results by UBS Group AG, the Volkswagen ID.3 actually measures up favorably to Tesla’s electric cars, making it one of the most substantial EV efforts from legacy auto to date.

Following its deep dive into the ID.3, UBS analysts remarked that the MEB platform underpinning Volkswagen’s all-electric hatchback would be fully cost-competitive with Tesla and boast best-in-class energy density and efficiency. UBS analyst Patrick Hummel described the Volkswagen ID.3 as the “most credible EV effort by any legacy auto company so far.”

The Volkswagen ID.3 has a lot riding on it, considering that it is the first of the German automaker’s new breed of all-electric mass-market vehicles. However, the ID.3’s rollout has been plagued with numerous issues, the most notable of which was its software problems. The ID. 3’s software issues were so noteworthy that the initial batches of the all-electric hatchback delivered to customers lacked a number of key functions.

Despite these challenges, the ID.3 has seen some success among car buyers, with the vehicle leapfrogging Tesla in European EV sales late last year. Volkswagen now plans to at least double the share of its fully-electric sales this year to between 6% to 8% by boosting deliveries to about 700,000 vehicles. That’s quite close to Tesla’s possible output this year, which is speculated to be around 750,000 for 2021.

UBS’ Hummel, for his part, believes that the Volkswagen ID.3 still has a lot of room to spread its wings. The analyst estimates that the gross margins of the ID.3 are around 15%, making it nearly on par with Volkswagen’s combustion-powered Golf, one of the company’s most popular cars. While Tesla is arguably the Apple of the electric car market, UBS noted that Volkswagen seems to be on track to be the Samsung of the EV segment.

“Volkswagen might not be the Apple, but the Samsung of the EV world, with profitable, high-volume EV brands,” Hummel remarked.

The Volkswagen ID.3 may lack the flair or software finesse of Teslas like the Model 3 at its current state, but the vehicle has earned a nod of approval from Elon Musk himself. During a previous visit to Germany, the Tesla CEO met with Volkswagen Group executive Herbert Diess to test drive the ID.3. A video of the drive was shared by Volkswagen online, which included the executives speaking comfortably with each other, and Musk stating that the ID.3’s steering was pretty good for a non-sporty electric car.