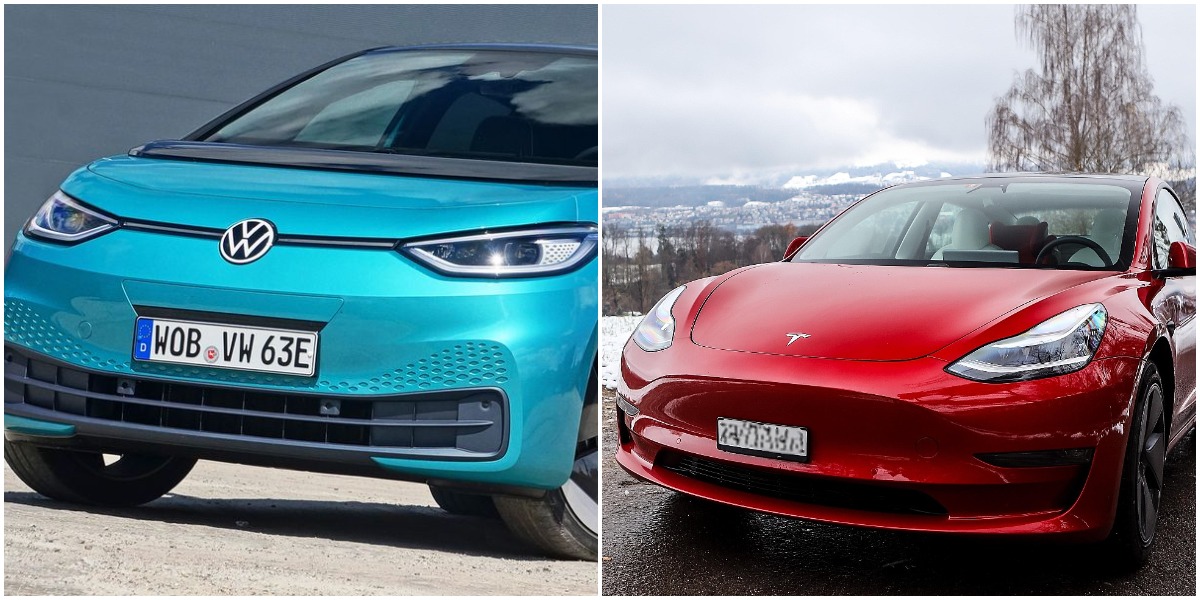 New sales figures out of the European country show that electric cars continue to become more popular in the Netherlands. While the Volkswagen ID.3 led December 2020 and 2020 Full Year sales figures, the Tesla Model 3 wasn’t far behind. The two cars, along with the Hyundai Kona EV and the Kia Niro EV, were the four EVs to sell more the 6,000 units in the Netherlands in 2020.

New data from the EV Sales Blog shows that December was by far the strongest month for the electric vehicle sector in the Netherlands, as 56% of Volkswagen’s ID.3 sales occurred during the month. The German automaker rolled out 6,083 of its 10,954 ID.3 units during December. Meanwhile, in December, Tesla’s 3,938 Model 3 units accounted for 47% of its 2020 sales figures in the country. Tesla sold 8,374 Model 3s in the Netherlands in 2020. 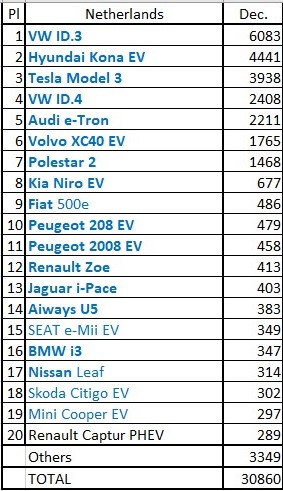 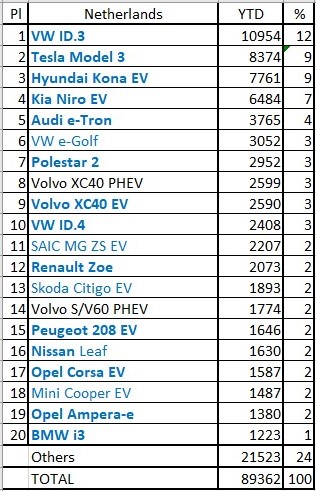 The influx of sales could be attributed to tax hikes on the purchase of BEVs in the Netherlands that are set to occur in 2021.

“Of course, the higher taxation of BEVs in 2021 is the major reason for this December peak, but after the upcoming sales hangover in Q1, something this market is used to, expect things to pick up again around Q2/Q3, ending 2021 with another great result, pulling the plugin share well above the 30% mark.”

While the Netherlands is impressive, it is hopefully a sign of things to come for the electric vehicle market as a whole. While Norway also had a higher market share of Plug-in EVs than gas-powered cars, the U.K also managed to have the Model 3 as the region’s most popular car in December, outlasting the Ford Fiesta and Volkswagen Golf, which have been the most popular cars there in 2020.

Competition between EV makers in Europe continues to heat up as battery-powered cars are taking market share from gas-powered vehicles. Tesla will look to increase its sales figures after Giga Berlin begins operation later this year, and Volkswagen will continue to build on the momentum it has gained in the European markets, keen to take a slice of Tesla’s pie in the U.S. when the ID.4 launches soon.