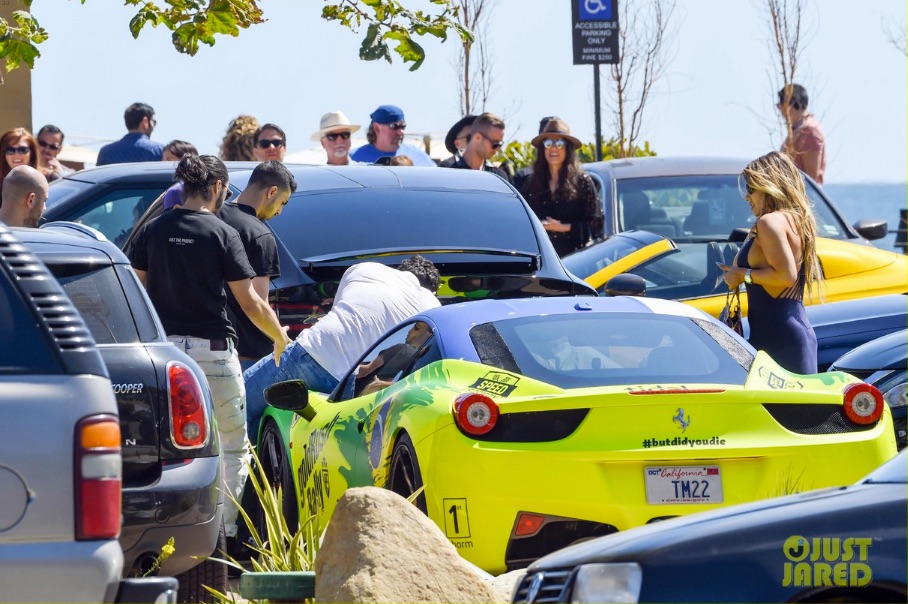 Maroon 5 frontman Adam Levine and his pregnant wife, Victoria’s Secret Angel Behati Prinsloo, were involved in a fender bender when their Tesla Model X was rear-ended by a Ferrari. The couple were reportedly said to have just gotten into their black Ludicrous Model X P90D after having lunch with friends at famed sushi restaurant, Nobu in Malibu, when a fluorescent green Ferrari drove into the back bumper of their vehicle.

As captured by entertainment site Just Jared, Levine can be seen inspecting the area of impact which turned out to be scrapes and minor damages across the rear bumper of the $150,000 Tesla. Crowds of onlookers surround the rocker and the #butdidyoudie Ferrari as the two parties try to talk through the minor fender bender. The entertainment site reports that no injuries were involved and the couple drove away in the Model X after the damage was inspected.

Photos of the accident courtesy of Just Jared can be seen here: 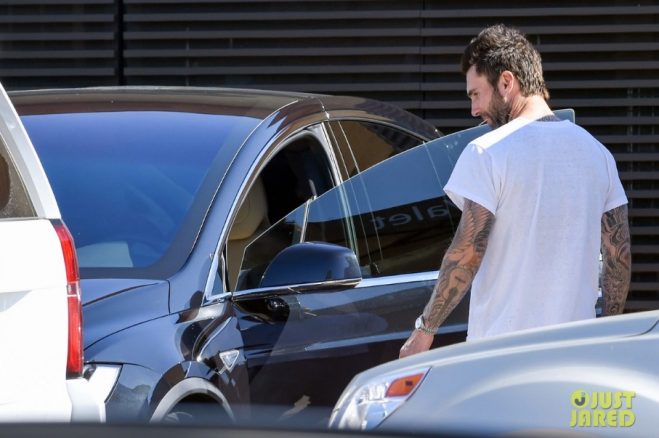 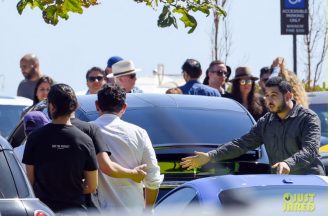 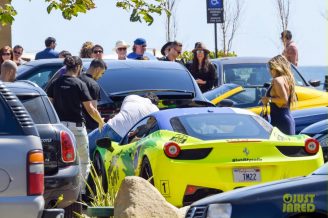 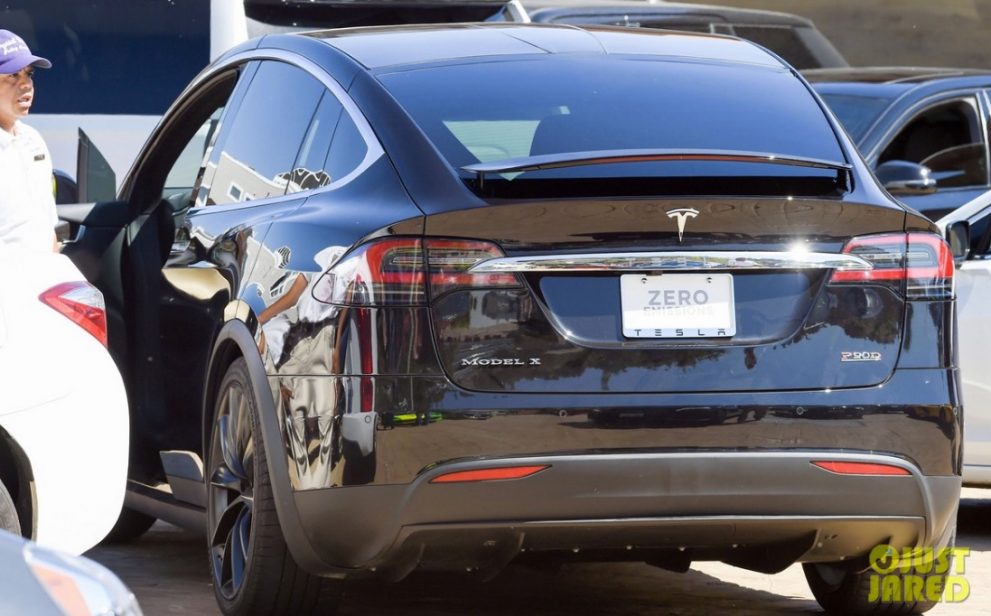