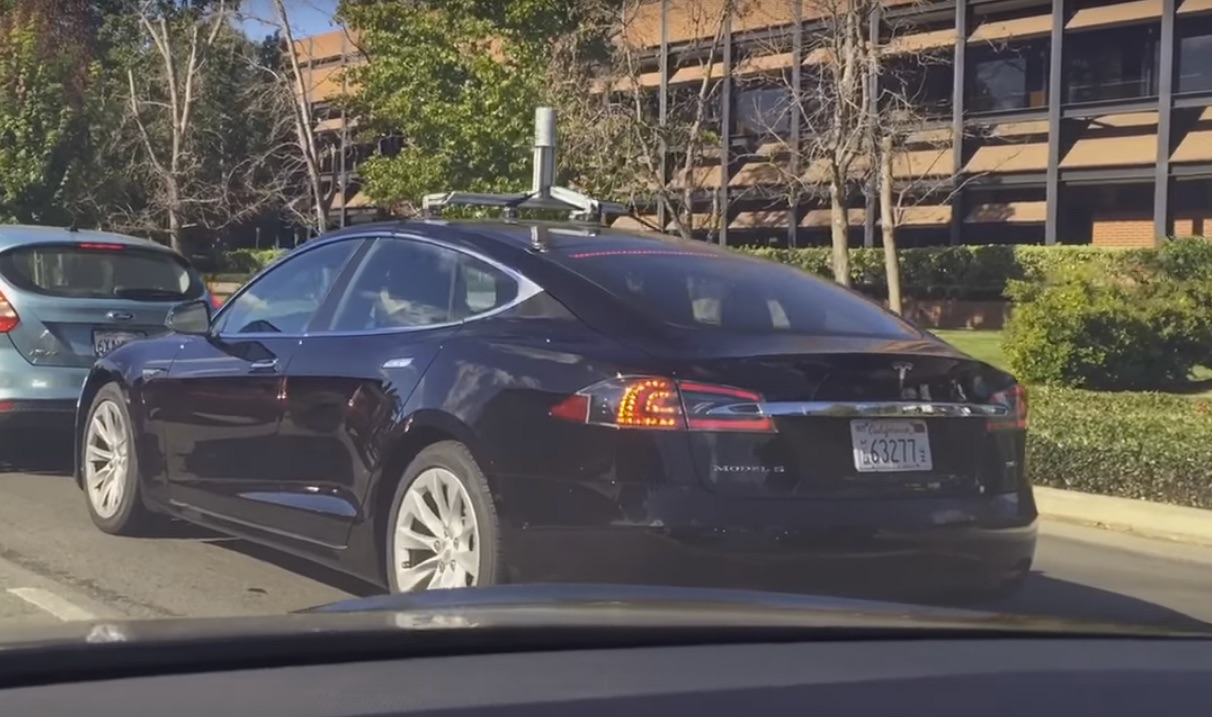 Amidst all of the excitement around Tesla’s newest Version 8.0 Autopilot, which uses radar as a primary sensor, comes a new sighting of Model S testing a LIDAR system near the company’s headquarters in Palo Alto, California. The video posted to YouTube clearly shows a Model S with manufacturer plates with a roof-mounted Velodyne LIDAR sensor scanning the vehicle’s surrounding.

The sighting is particularly interesting because just weeks earlier, Tesla CEO Elon Musk stated his position against LIDAR during a press conference to discuss Version 8.0, stating that the company decided to use radar technology for its ability to see through rain, snow, fog, and dust – something LIDAR is unable to do.

Despite Musk’s stated case against LIDAR, industry experts in the field of autonomous driving technology, most notably Google, believe infrared LIDAR technology is the only way a vehicle can map intricate detail of a vehicle’s environment.

LIDAR systems use pulses of laser to measure the distance between the sensor and surrounding objects. When adopted on a vehicle, the technology is said to provide a detailed 3D map of the world around the car and allow it to see objects a human eye can not detect, with a lesser margin of error than radar sensors.

This sighting would mark the third time a Model S was seen testing with either a LIDAR or some form of equipment similar to a LIDAR “puck” near Tesla’s headquarters.