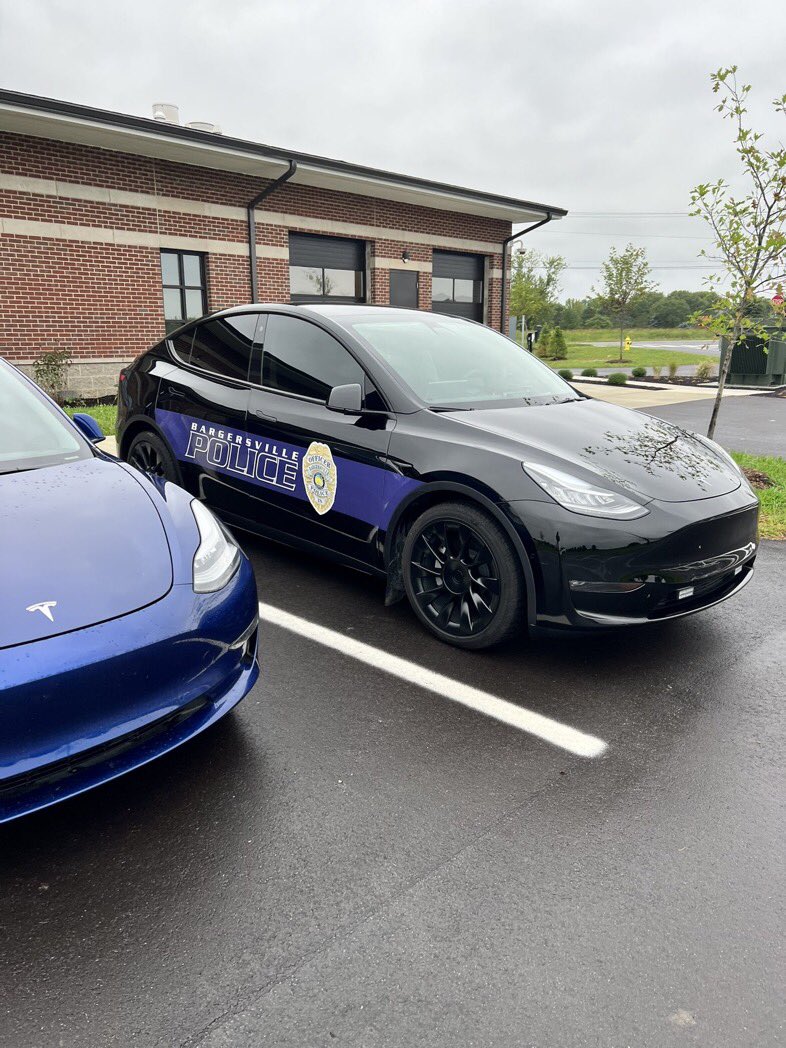 The decision has influenced several other police departments around the nation and the world to add Tesla vehicles to their fleets over the past few years.

It has also proven to be a wise decision for the department. Police Chief Todd Bertram told Government Fleet that during the first year, the Tesla Model 3 save the department $6,320 in fuel and maintenance costs compared with gasoline-powered alternatives.

Our friend Chief Todd from of the Bargersville Police Department shares some photo’s with us of the #Tesla patrol car charging setup at the new Police Headquarters! Nice! pic.twitter.com/pZvszEma8H

In June, the department announced that it was adding more Teslas to its fleet and now has a total of nine Tesla patrol vehicles. The department told Fox59 that the vehicles cost around $60 per month. Comparing that with gas cars which cost more than $550 per month, the savings are definitely adding up.

Officer Jeremy Roll said that the purchase of the Teslas has been a great investment for the department. “It’s come out to save us and the taxpayers a lot more money than what we had originally anticipated,” Roll told Fox59.