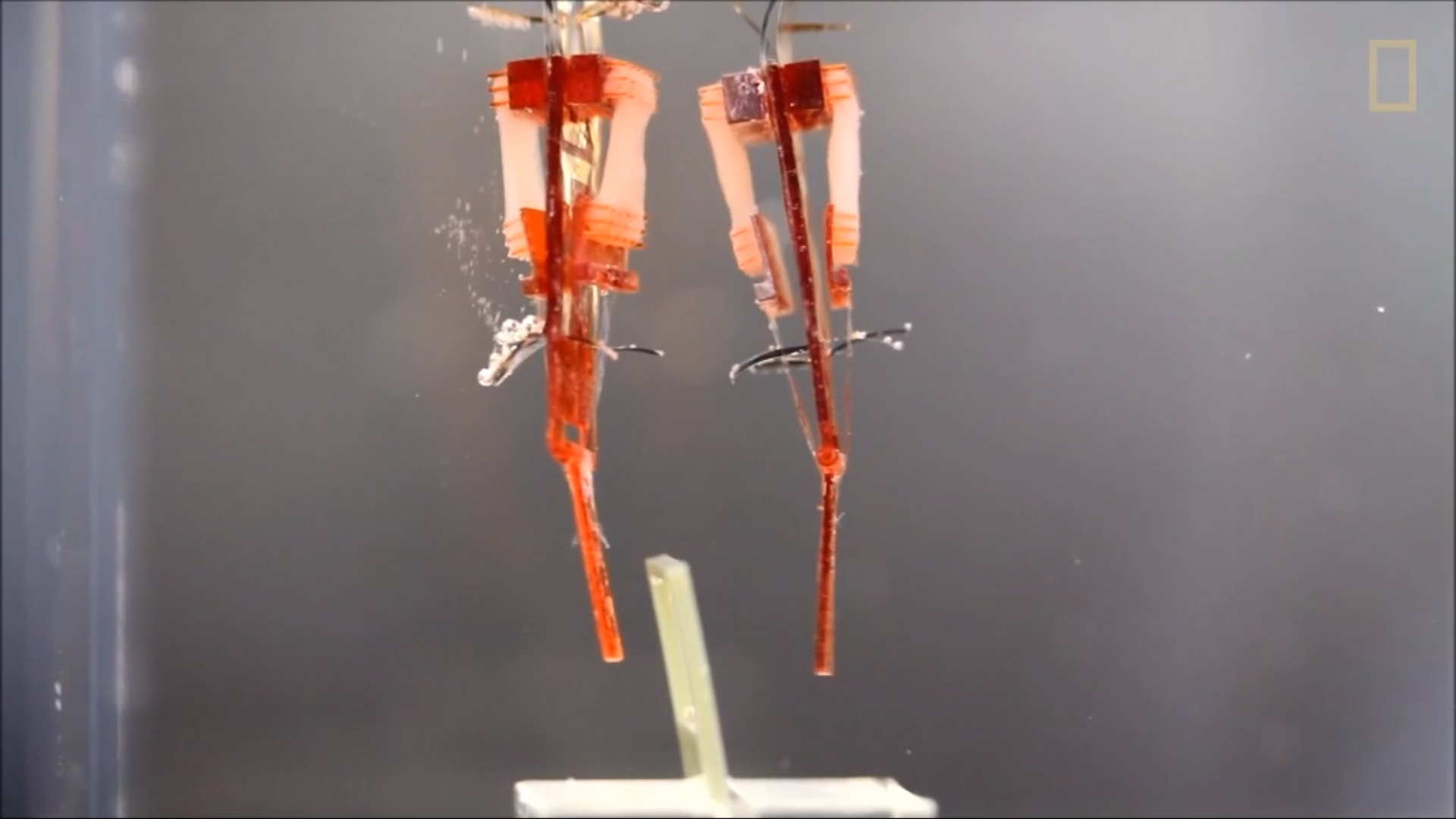 Researchers from the University of Tokyo have fused together living tissue from a rat with mechanical components to create a biohybrid system that can mimic human fingers.

In the video shared by National Geographic, the finger-like system can be seen performing precise tasks that require dexterity and are traditionally more difficult for robots to accomplish. Scientists that participated in the study say that these small movements will lay the foundation for more complex human-robots.

“If we can combine more of these muscles into a single device, we should be able to reproduce the complex muscular interplay that allows hands, arms, and other parts of the body to function,” said Yuya Morimoto, lead author of the research project.

The research team grew their robot’s muscles by layering rat tissue on top of a robotic frame. The living cells used in these types of robots usually come from the heart or skeletal muscle of rats or chickens that are bonded to a material that is non-toxic to the cells. To ensure that the cells function properly when stimulated, researchers use micropatterning techniques to align the cells in an order that’s conducive to movement.

However, due to the short lifespan of the living tissue when intermixed with the robotic system – after a period of time, the muscles would shrink making them useless – co-author of the project, Shoji Takeuchi, layered the muscles next to each other to create an antagonistic pair. An antagonistic pair is when one muscle contracts while the other one expands, similar to the relationship between human biceps and triceps. Takeuchi said that antagonistic pairing prevents wear, allowing the muscles to be used for a longer period of time. In the most recent tests, the tissue used in the video lasted just over a week. This muscle pattern also gives the robot a full 90-degree motion.

The research team believes that biohybrid systems could help create adept prosthetics and provide human-like muscles that scientists can test drugs and toxins on, thus reducing the need for animal testing.

There are some limitations to biohybrid robots, however. Biohybrid robots used in the research can only survive and function in water. Electrically stimulating the muscles in water will form bubbles that will eventually degrade the tissue. The research team is looking into genetically modifying the muscle cells to become more resistant to damage and can induce neurons, called motor neurons, that tell the muscle when to move.