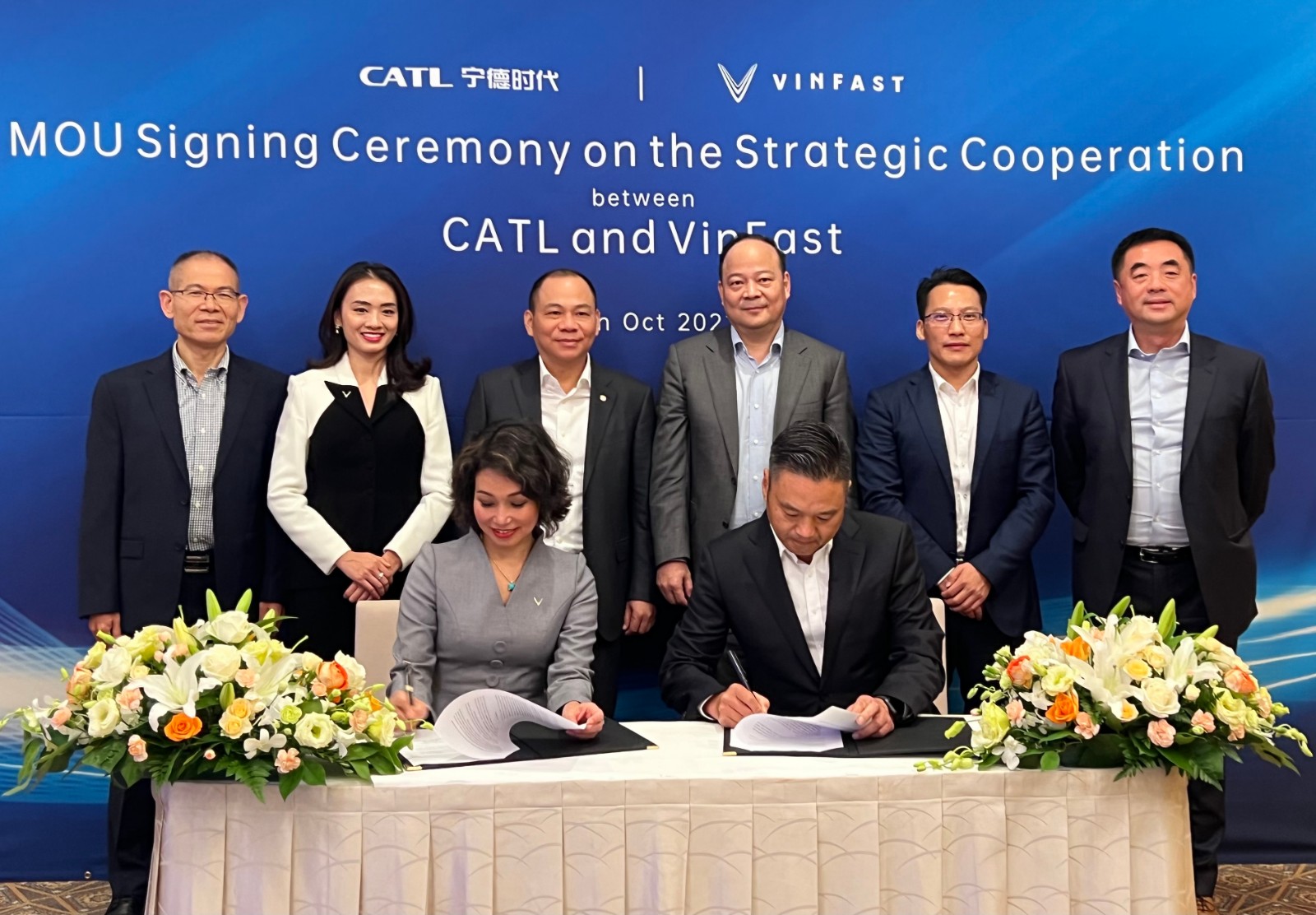 CATL to collaborate with VinFast on EV chassis development

CATL announced that they have signed a memorandum of understanding (MOU) with Vingroup and subsidiary VinFast regarding cooperating on EV “skateboard” chassis.

Reading over the CATL press release is a task accomplished quickly; the sparse publication reveals very few details regarding the new partnership between the two companies. However, they will cooperate in a way CATL has not with any other company. From what the press release states, CATL will be aiding in the engineering of VinFast vehicles via “skateboard chassis” development.

CATL is most notable for its battery manufacturing, dominating the cell manufacturing business, but they have yet to get involved in vehicle engineering itself. However, with CATL’s deal with VinFast, this could change substantially as they “intend to explore various forms of cooperation on CIIC skateboard chassis on top of the current cooperation on CTP (cell-to-pack) battery supply between the two companies…”

With this new deal, CATL is expanding and partnering in a way the company never has. CATL’s focus on battery development has left them vulnerable to disruption, and with ever-increasing competition, they are likely looking for new product streams and ways to differentiate.

This also works well for VinFast as it looks to make a global presence very quickly, hoping to make its way into the U.S. market. With the help of the world’s largest battery manufacturer, selling EVs to a global audience becomes exponentially easier.

Other than highlighting VinFast’s aggressive expansion goals and how CATL believes the Vietnamese brand is prepared to enter developing markets quicker than rivals, the deal’s details remain unknown. The press release concludes with the partnership goals: “to promote innovation of battery technologies and global e-mobility, contributing to global drive for energy transition and carbon neutrality goals.”

Despite the lack of details, this new partnership may prove to be incredibly valuable. VinFast will easily be able to expand production far faster than it originally anticipated. At the same time, CATL gets the chance to expand its product offerings and crack into developing markets with a hot new brand. However, with VinFast vehicles still yet to hit western markets, it remains unclear how the market will react to the new offerings from the young company.

CATL to collaborate with VinFast on EV chassis development