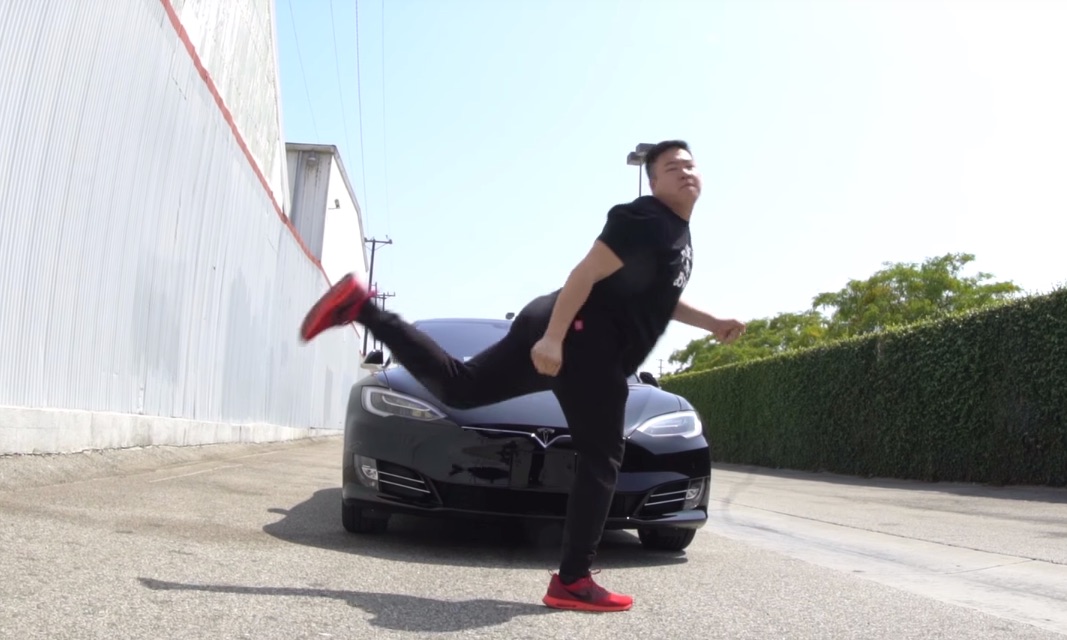 Watch as David So high kicks and squats his way into a hilarious offbeat review of his new Tesla Model S (the one with the new fascia). Though he covers everything from Tesla’s Summon feature, to the vehicle’s generous trunk and frunk storage capacity, and of course Autopilot, it’s not the review itself worth watching rather it’s the theatrics and captivating cinematography of Los Angeles’s back-alley in which the Oscar-worthy performance is done in. Knowing Tesla CEO Elon Musk’s appreciation for sometimes dry humor, we have a feeling this will be appreciated by Mr. Iron Man himself. Need more cowbells.