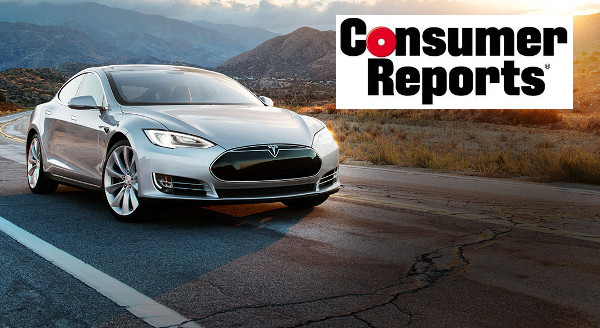 Consumer Reports has acknowledged the recent announcement of Tesla’s Infinite Mile Warranty, but plays it down due to lack of full coverage.

Consumer Reports buys and reviews its products, which it then publishes on its magazine and website for members to read. However, the organization typically focuses on the best bang for your buck, which theoretically should put the Model S at a disadvantage because of its luxurious price tag. In a recent article we covered here, Consumer Reports wrote that the Model S has flaws which started a media frenzy that was Tesla quickly squashed through the announcement of their Infinite Mile Warranty. Now Consumer Reports is back again with another article, saying: “Tesla extends warranty to cover Model S problems. 8-year, ‘infinite’ mile warranty adds motor coverage but skips body hardware”

The magazine says the warranty extension comes after many reported experiencing problems with the Model S. Most of the problems they ran into didn’t involve the powertrain. The story concludes that the new warranty wouldn’t have covered these types of problems. Instead, the problems Consumer Reports had faced revolve around the door handles being retracted when not needed, as well as experience of a blanked out center screen. A more alarming item is their report of a failure with the third-row seat belt.