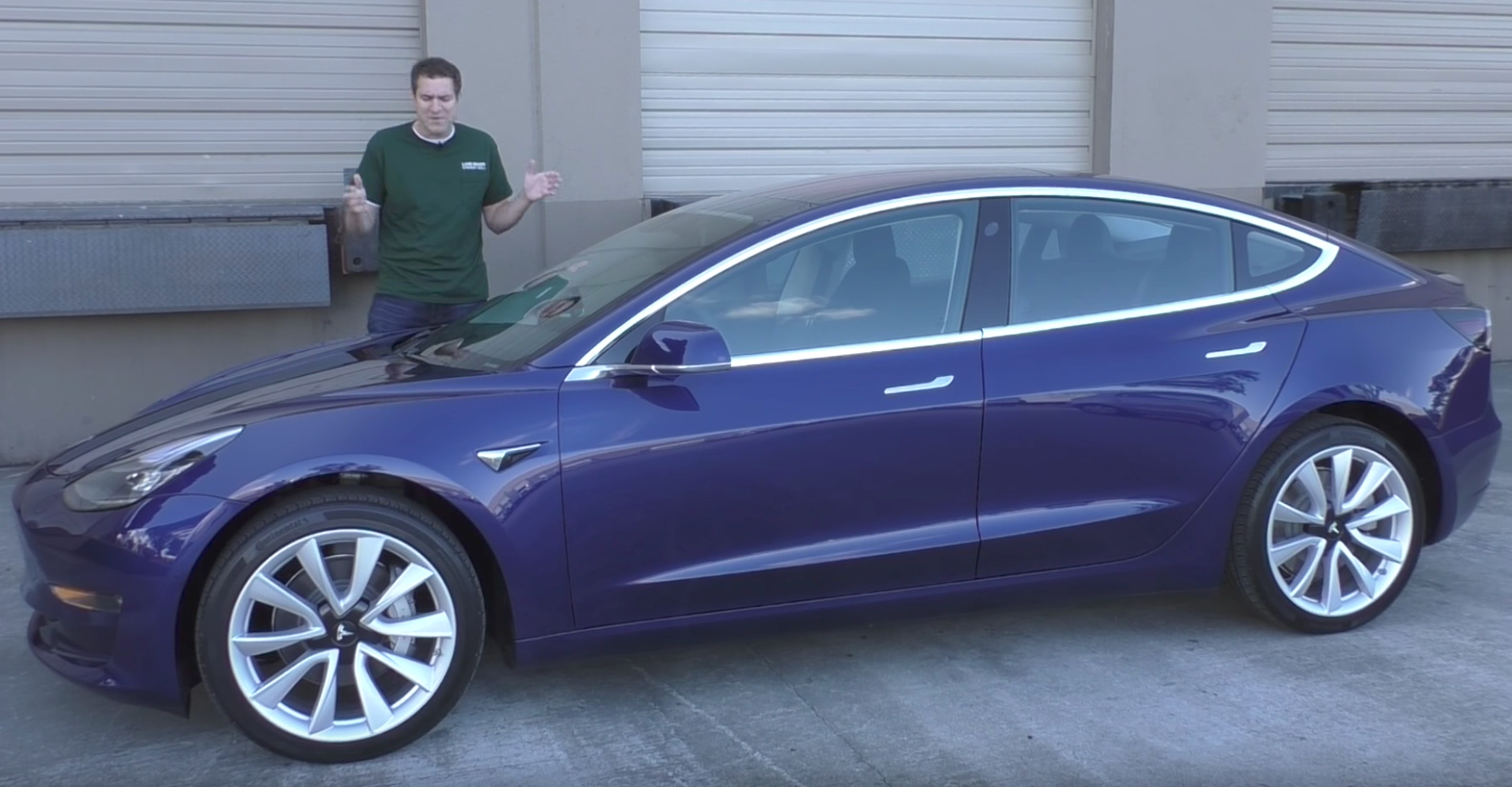 Automotive journalist and veteran car reviewer, Doug DeMuro, who previously gave us a humorous look at why the Tesla Model X is an “awful car“, is back with another Tesla vehicle review this time of the California car maker’s mass-market Model 3 sedan. The writer extraordinaire and ex-Jalopnik contributor who turned his passion for writing and playing with cars into a successful YouTube channel, takes us into the elusive world of what it’s like to be behind the wheel of a Model 3.

“Here’s how this happened: I got an email from a viewer with a Tesla Model 3, and he asked if I wanted to review it. So I flew to California and spent the entire day with it.” says DeMuro on Autotrader where he serves as Editor.

Unlike the recent deep-dive Model 3 review video published by the Model 3 Owners Club, DeMuro’s review is equally in-depth but reviewed in a manner that somehow manages to connect with the audience, in a way that can only be characterized as Doug DeMuro style. “They’ve only delivered something like 222 cars, and I got to drive one of them, so nanny nanny boo boo.”

DeMuro dives into many of Model 3’s features that members of the Tesla community have become self-proclaimed experts in by now, like understanding how to gain vehicle entry through a keycard or the ability to manage vehicle functions directly through its center touchscreen. But where DeMuro’s Model 3 review really shines is its ability to distill mundane details into something more relatable to the average consumer that might be looking to purchase the car.

“It’s the midrange power that’s especially exciting; the Model 3 is raucously fast from 30 or 40 miles per hour — though ‘raucously’ is probably the wrong word, since the car makes absolutely no noise. It’s like a drama-free BMW M3.” says DeMuro in describing Model 3’s mid-range performance. “The car has clearly been engineered to begin turning the moment the wheel is moved slightly, as if Tesla thinks drivers will equate ‘responsive steering’ with ‘good handling.'” he adds.

DeMuro noted that the interior of the Model 3 he reviewed experienced no creaking or rattling, despite the relatively cheaper interior trim. “Yes, I wish the overall materials were nicer, but they weren’t falling apart; given Tesla’s highly publicized difficulty bringing these things to market, I figured the interior trim would be loose and most of the interior panels would visibly shake whenever I went over a bump. Not so. Everything seems to be as well-tightened as you’d expect from any normal production car.”

Watch DeMuro’s video review of the Tesla Model 3 and see how it stacks up against a comparably priced BMW 340i, but more importantly why he thinks Model 3 is the “coolest car” of the year.