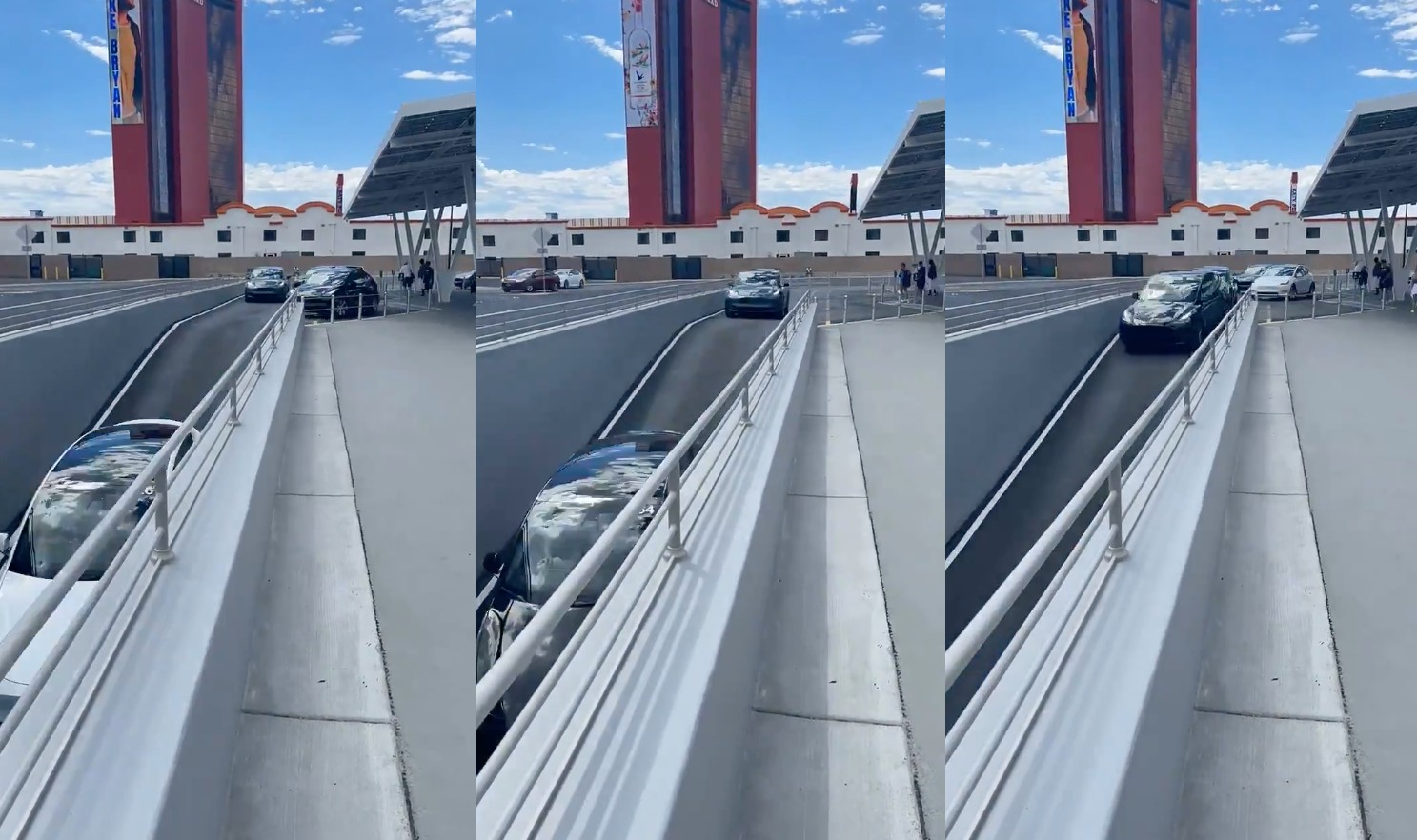 When The Boring Company’s Las Vegas Convention Center Loop was formally opened for commuters use last month, the underground transport tunnel system received a lot of great reviews. Participants of the 2021 World of Concrete convention, who were the first to use the system, praised the Loop for its smooth, quiet rides and overall fun factor.

It appears that the LVCC Loop has since been used widely by commuters in the Las Vegas Convention Center area. Videos taken in one of the Loop stations by Model Y owner @TALLGUDGE show that the underground transport tunnel gets pretty busy, with the stream of Teslas and passengers waiting to get a ride being consistent overall.

The Tesla advocate also mentioned some key updates about the current underground transport tunnel system, such as when the vehicles in the Loop would be driverless. As per the Model Y owner, he was informed that Tesla is still working on car-to-car communications for the vehicles in the Loop, but once that is smoothened out, the LVCC transport tunnels would use autonomous cars.

Other videos shared by the Tesla advocate showed a glimpse at what happens inside the Loop stations, which seemed to be operating smoothly as a regular transport system. Overall, there’s a sense of normalcy in the LVCC Loop’s recent videos, suggesting that Elon Musk’s idea for underground transport tunnel systems may not be too farfetched after all.

This is a notable point considering that the LVCC Loop was completed at a cost of about $52.5 million. This was a fraction of the cost of a proposed traditional above-ground transit system from Austria-based Doppelmayr Garaventa Group, which was also shortlisted for the Las Vegas Convention Center. Doppelmayr quoted a cost of about $215 million for its above-ground transit system, over four times as much as The Boring Company’s LVCC Loop.

The Boring Company may only be perceived as Elon Musk’s “hobby” company considering the time and effort he puts on SpaceX and Tesla, but the tunneling startup has a lot of potential. The tunneling market is ripe for disruption, and so is the transport sector. If The Boring Company could fully optimize its Loop system while keeping its costs as low as possible, it would not be surprising if more facilities like the LVCC Loop get built in the future.