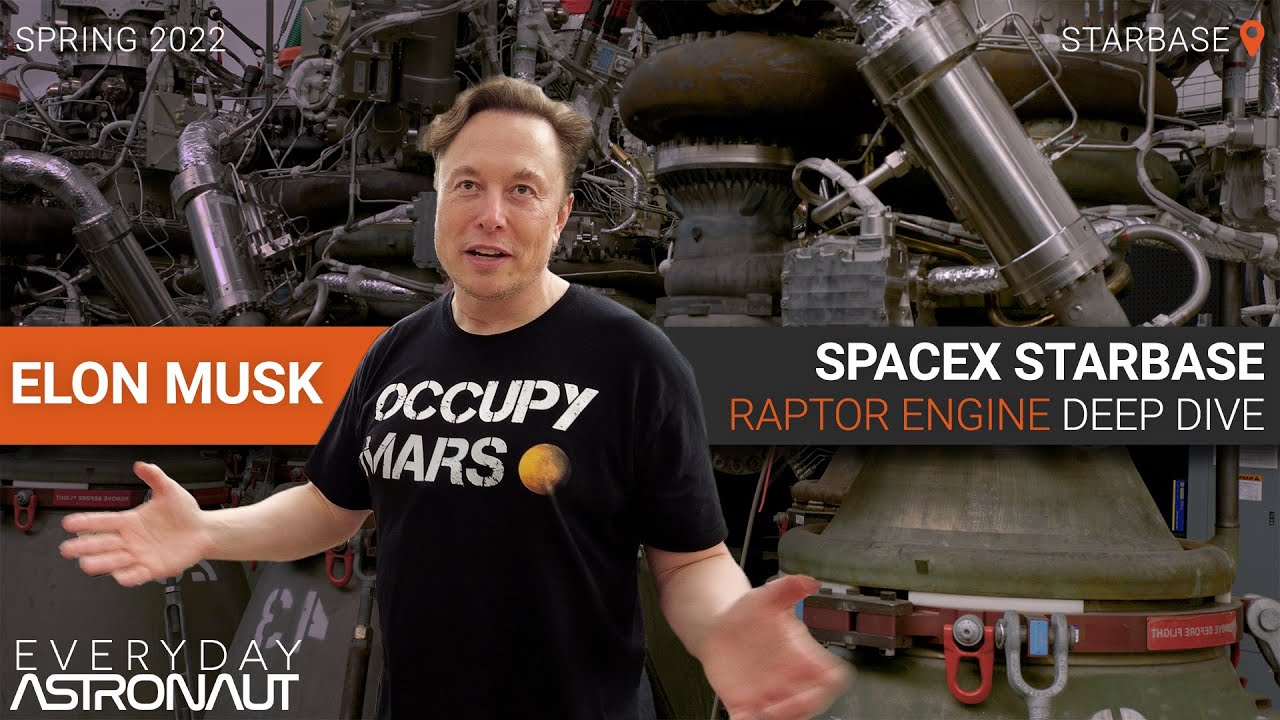 Elon Musk gave Tim Dodd, the Everyday Astronaut, a detailed tour of SpaceX’s Raptor 2 engine. It’s a lovely Saturday and a great day for another one of the Everyday Astronaut’s interviews with Elon Musk to drop. Tim Dodd released the last part of his video interview series with the SpaceX founder and CEO earlier today. This video is all about the new engine and includes a deep dive into the technical details.

Elon Musk shared several details on the upgraded engine including how it’s been upgraded compared to Raptor 1.

Compared with the newer engine, Raptor 1 has a lot more stuff wrapped around it. Elon pointed out that it was a completed engine and added that for Raptor 2, a massive amount of things have been deleted.

“A massive amount of things have been deleted. Deleted, combined simplified on Raptor 2 versus Raptor 1.”

“The Raptor 2 looks like it’s not finished but it actually is.”

Other details that Elon Musk shared with Tim include thrust, chamber pressure, melting engines, cooling, swirl injectors, simplification and so much more. If you haven’t had the chance to watch the video, you can do so here. If you haven’t seen Tim’s other videos with Elon Musk, you can catch up on those here.

Earlier this month, SpaceX shared photos of a nearly finished installation of 39 Raptor 2 engines on a new Starship as well as its Super Heavy Booster. You can read more about that here.