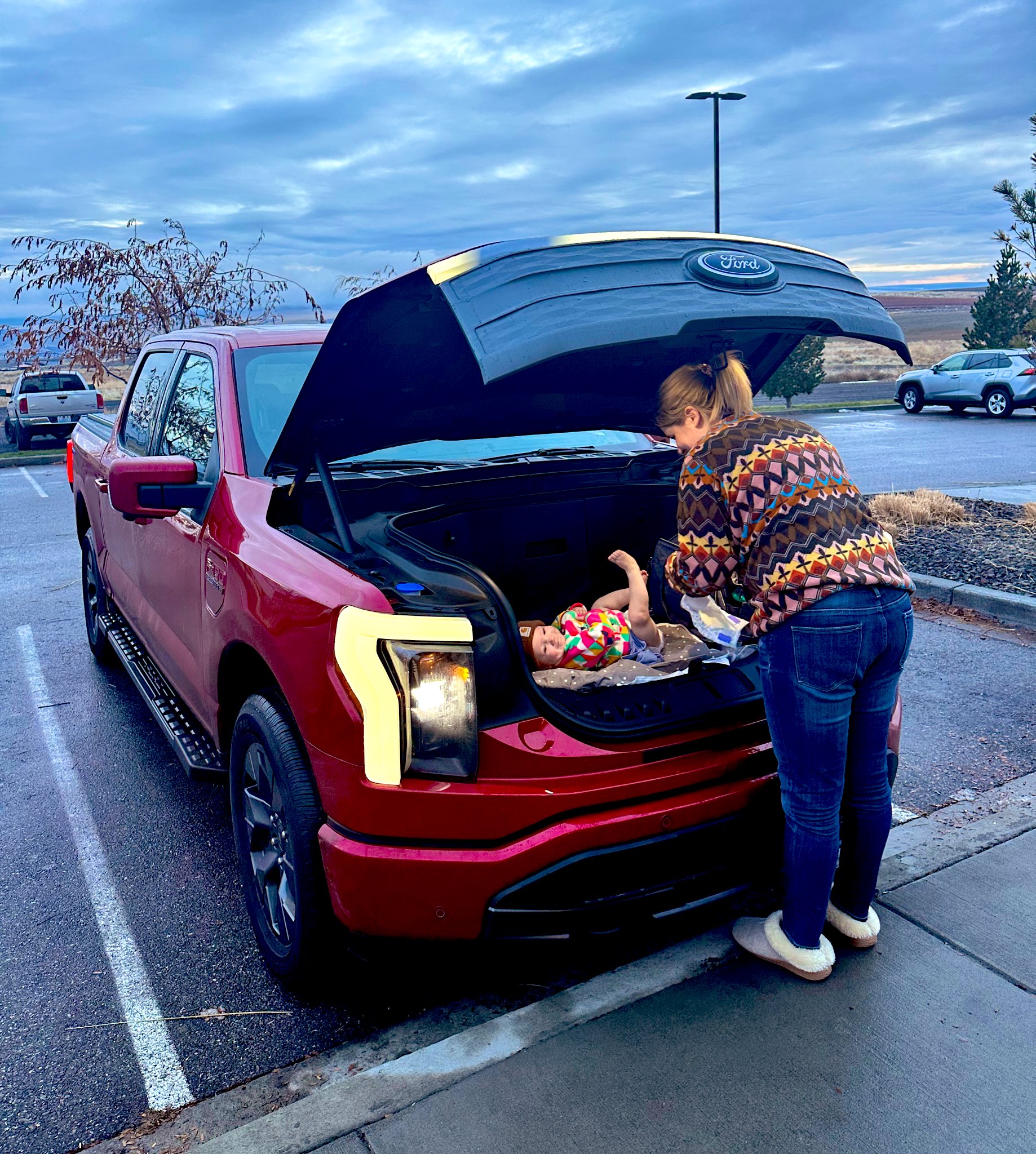 When Ford unveiled the F-150 Lightning, the company made it a point to highlight just how much utility the all-electric pickup truck could provide. This was thanks to the Lightning’s numerous features, such as its 14.1 cubic-foot frunk, which, if recent posts from owners are any indication, actually have a surprisingly practical use.

Even among mainstream electric vehicles today, the Lightning’s frunk is massive. It’s flat and doesn’t dip down, unlike Tesla’s frunks, which are constructed more like deep storage spaces. The F-150 Lightning’s frunk is large and convenient enough to access that some owners are using them for urgent parenting duties — such as changing a baby’s diapers.

Ford F-150 Lightning owner Emily Jaehnert shared with the Detroit Free Press that she regularly drives her all-electric pickup truck over 400 miles when she and her daughter go for appointments with neurologists and other specialists for premature babies. Due to the long trip, diaper changes are expected, and Jaehnert and her husband quickly realized that the Lightning’s frunk was a perfect diaper changing area.

“Having that space in that vehicle, especially with (the baby) being premature, and avoiding any public areas and being able to do it in the truck on the go, it’s not only peace of mind but super convenient and a little bit fun. We pop the trunk, people expect to see an engine and we’re changing a baby. We get people asking about the truck and seeing it as a family vehicle,” Jaehnert said.

The F-150 Lightning owner noted that ironically, the height of the all-electric pickup truck meant that she was more comfortable changing her daughter’s diapers in the frunk instead of on a couch or another lower surface at home. “I feel my back straining. If it were as simple as walking out to the frunk every time we needed to change diapers? I’ll just say the height makes it a much more comfortable experience for me,” she added.

Jaehnert’s husband, Mac, noted that the F-150 Lightning’s features are actually surprisingly useful for parents. Even some functions that are designed for hard work, such as the vehicle’s electrical outlets in the frunk, could be used for bottle warmers during long road trips. And just in case an accident does happen, the frunk’s drainage system enables a quick cleanup.