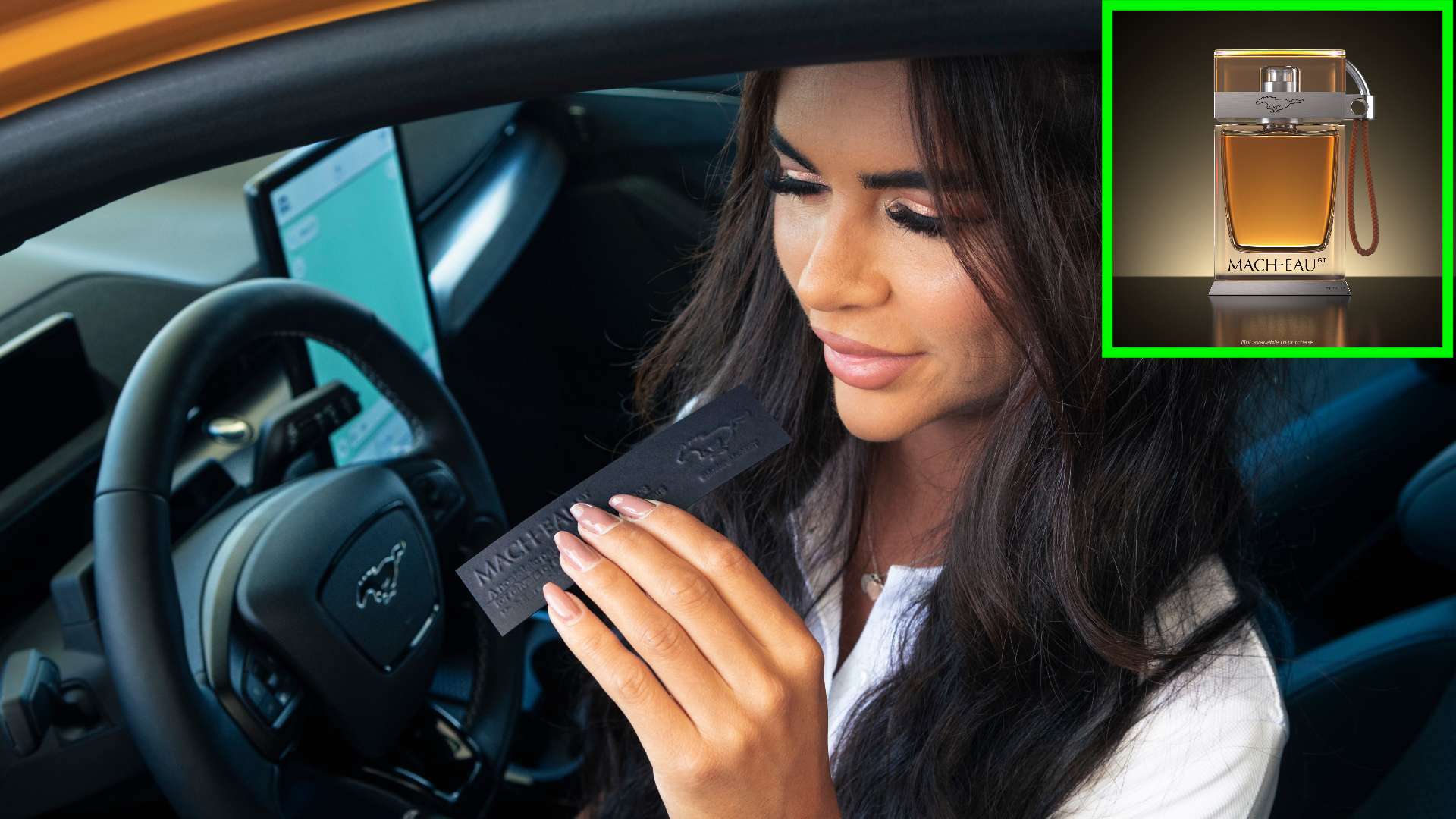 Over the weekend, Ford unveiled a petrol fragrance for future Mach-E GT owners at the Goodwood Festival of Speed. The Fragrance is called Mach-Eau.

“Judging by our survey findings, the sensory appeal of petrol cars is still something drivers are reluctant to give up. The Mach Eau fragrance is designed to give them a hint of that fuel-fragrance they still crave. It should linger long enough for the GT’s performance to make any other doubts vaporize too,” said Jay Ward, Ford of Europe Product Communications.

Ford’s Mach-Eau, petrol fragrance, was designed to help owners who recently switched to electric vehicles like the Mach-E GT. The legacy automaker clarified that the Mach-Eau does not completely smell like petrol or gas but was actually designed to be pleasing to the nose. Ford’s fragrance has smokey accords with aspects of rubber and an ‘animal element’ that is supposed to be a nod to the Mustang heritage.

Ford worked with fragrance consultancy Olfiction on the Mach-Eau. Pia Long, an Associate in the British Society of Perfumers, worked directly with the fragrance. She studied the chemicals emitted from car interiors, engines, and petrol while designing the unique scent.