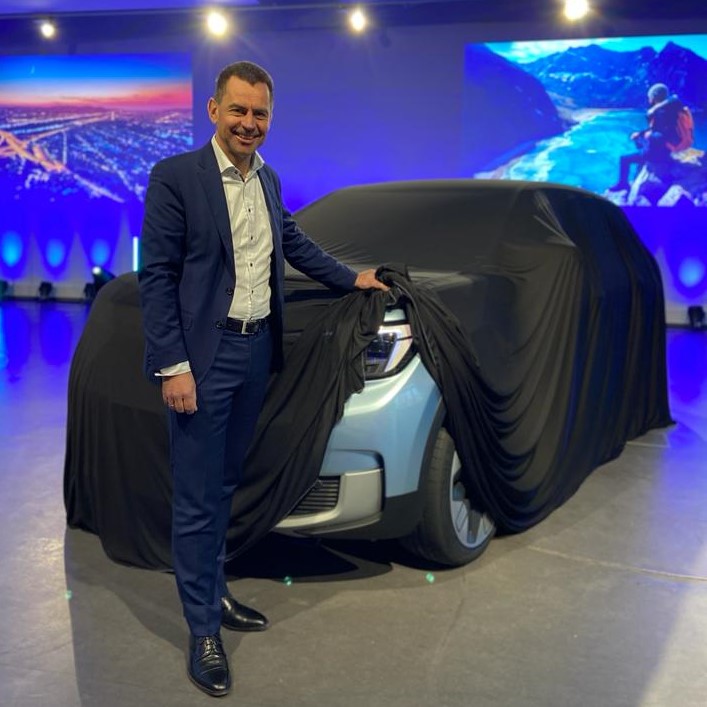 Ford has teased its upcoming EV SUV that would be made at its Cologne, Germany Facility.

Ford has rapidly introduced new electric models to its lineup over the past year. First was the Ford Mustang Mach-E, then the F150 Lightning, but now many are asking what is next for the historic brand. Today, we might have a better idea after one Ford Europe Executive teased an upcoming electric vehicle’s profile and front driver’s corner.

Martin Sander, General Manager of Ford Model E Europe, shared the teaser image on Twitter from Ford’s European Design Center. The photo showed very little of the vehicle but just enough to hit its market segment and where it could fit into the company’s existing lineup.

Great to see so many of our media friends today in our @Ford in Europe Design Center. Can’t wait for 2023 to arrive, when we will pull the cover of our first electric passenger vehicle coming from #Cologne. #EVs #ElectricVehicle #NewYear2023 pic.twitter.com/3wH3ixEWCW

The teased vehicle, which will supposedly be coming to market as soon as next year, is an SUV body style. Comparing the image to one of Mr. Sander standing next to the Mustang Mach-E, it is clear that the new vehicle is similar in size, if a little more squared on its edges.

This could be the vehicle that was mentioned earlier this year by another Ford executive. According to their comments, the upcoming vehicle would be a Ford Explorer adjacent SUV, representing a viral market segment for the company. This is evidenced by the teased vehicle’s boxy edges and similar front headlight to the Ford Explorer.

The final question is if this will be a global model or if it will be region locked to Europe. Ford Europe has long had its own identity and set of models not available in the North American market. This included the Ford Mondeo, the Ford Everest, the new generation Ford Ranger, and many more. But from the information available today, it remains unclear if this will be the case for the upcoming EV.

Sadly, there is good reason for the new EV to be, at the very least, introduced to Europe before coming to Ford’s home market. Due to the more aggressive regulatory policies in Europe, the Blue Oval is highly incentivized to electrify its lineup in the EU before doing the same in the United States.

Luckily, we likely won’t need to wait too long for more details on the new vehicle, considering 2023 is now just around the corner. And at the very least, it is yet another indication that Ford is on the right track to electrify its offerings faster than most. Perhaps this new model will be the motivation to get long-time competitors, GM/Dodge/Toyota, to electrify their offerings faster to keep up with the legacy brand. Either way, the new product is an exciting prospect going into the new year.