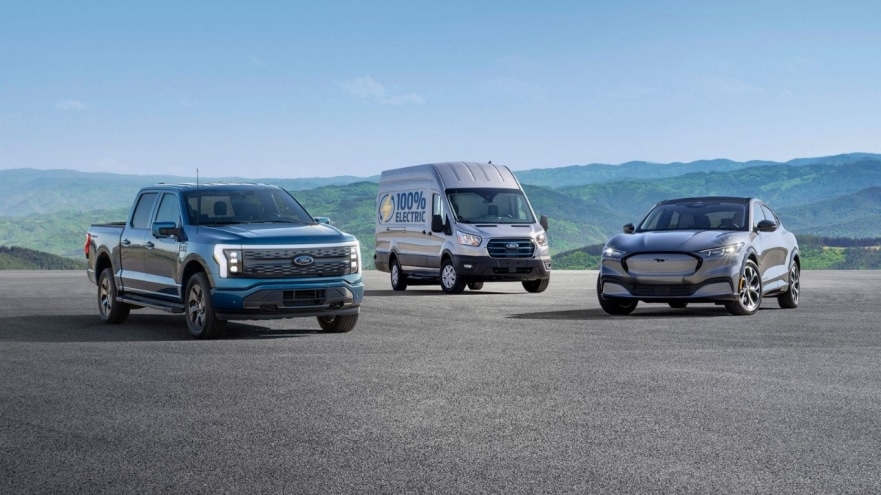 Ford has released sales data for November, and the company’s electric offerings continue to be the star of the sales report.

The Ford Mustang Mach-E was the clear winner in November. Of the 6,255 total EV sales, the Mustang Mach-E represented 3,539, or 56% of Ford’s EV sales. The F150 Lightning followed closely behind, selling 2,062 units (32% of EV sales) and remaining the United States’ best-selling electric truck. As previously reported, the E-Transit continues to dominate the electric commercial van market, selling 654 units in November and maintaining a  market share of just over 80%.

Ford’s electric offerings are also aiding the brand’s growth, unlike any other segment. Over 60% of customers come from different brands when they buy a Ford electric vehicle.

Ford’s successful November EV sales follow other good news from the American automaker reported earlier this week; the company has produced its 150,000th Mustang Mach-E, achieved its goal of being the second best-selling EV brand in the United States, and announced that it was continuing to work to expand EV production via a new partnership with a manufacturing automation company. Furthermore, researchers now find that within the “affordable EV segment,” Ford leads in the United States by a considerable margin.

With such evident success in the electric vehicles segment, Ford has a lot of incentive to continue to invest in growing its electric vehicle offerings. And grow them they shall; Ford already plans to introduce another electric SUV, and another electric pickup truck is rumored to be in the works. Meanwhile, in Europe, Ford plans to replace the ever-popular Ford Fiesta in the near future.

Ford is a prime example of a successfully transitioning legacy automaker. Undoubtedly, as traditional competitors – General Motors and Stellantis – enter the market with more offerings, they will be looking to emulate the Blue Oval. But until those brands introduce their electric vehicles to the market, Ford will continue to benefit from a supply-constricted EV market with surplus demand.