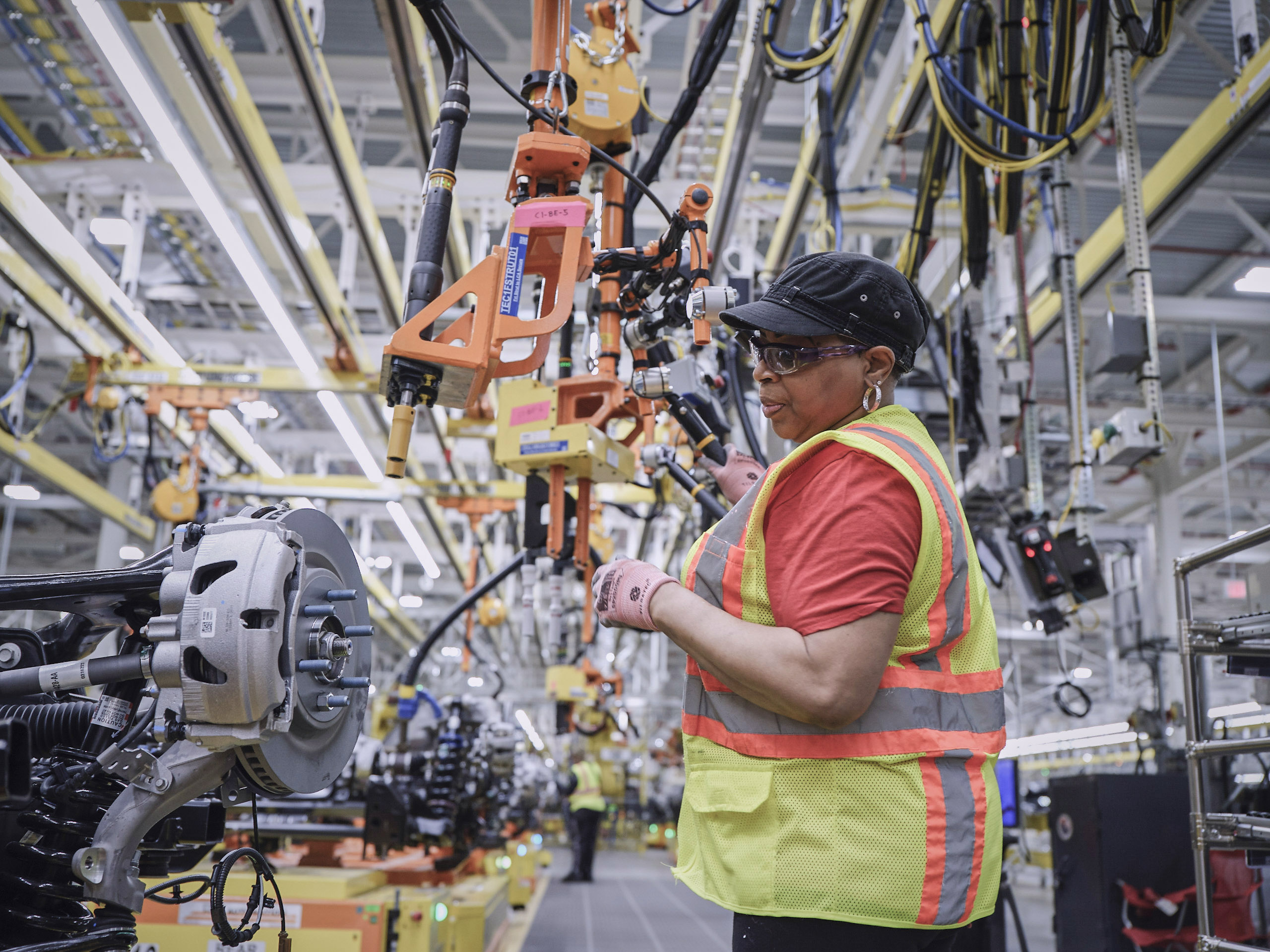 Ford will reportedly cut 8,000 jobs from ICE production to focus on EVs

The manufacturing technology in the Rouge Electric Vehicle Center is just as innovative as the F-150 Lightning. It is the first Ford plant without traditional in-floor conveyor lines and instead uses robotic Autonomous Guided Vehicles to move F-150 Lightning trucks from workstation to station in the plant.

Ford will reportedly eliminate as many as 8,000 jobs in the next few weeks, and the cuts are expected to come to positions in combustion engine manufacturing. Ford has made a primary push toward electrifying its lineup with a full commitment to EVs. Eliminating ICE jobs would surely help boost profits as it would funnel available capital toward electric projects.

Bloomberg, citing “people familiar with the matter,” stated that Ford would eliminate jobs from its “Ford Blue” division within the coming weeks. Ford split its ICE and EV projects into separate internal divisions earlier this year, with ICE projects falling under the Ford Blue moniker. EV projects are aligned with the “Model e” unit within the Detroit-based legacy automaker.

The division of the two powertrains within Ford’s production lines is intended to help generate a new consumer experience for EV drivers. Model e is tasked with creating a “new shopping, buying and ownership experience” for future customers using simple, intuitive e-commerce platforms. This includes the potential removal of the dealership model, which could bring in non-negotiable, set prices for electric vehicles. Tesla adopted this strategy, which does not use the traditional dealership platform. Customers generally dislike going to automotive dealerships and attempting to bargain with a salesperson. This model has helped alleviate dealership anxiety.

Teslarati spoke to Ford press representatives regarding Bloomberg’s report, and they were unwilling to comment “in any fashion.” However, given recent circumstances with other car companies, it would not be outlandish to suggest Ford may be making cuts.

Tesla and Rivian are just two automakers in the entire automotive sector who have announced they will reduce employee headcount, but both companies state they grew too quickly in some areas. Throughout the tech sector, Apple has also stated they will freeze hiring, joining Microsoft and Google as companies who will temporarily pause onboarding in some areas.

Ford CEO Jim Farley has said in the past that eliminating some positions would be a good way to boost profits. Farley has widely led the company’s efforts into electrification, spearheading the development and expansion of several new all-electric models that will release in various regions over the next decade. The elimination of employees from an ICE unit that only has a few years left may be beginning as Ford prepares to transition to between 40 and 50 percent of its new sales being of electric models by 2030.

Ford will reportedly cut 8,000 jobs from ICE production to focus on EVs