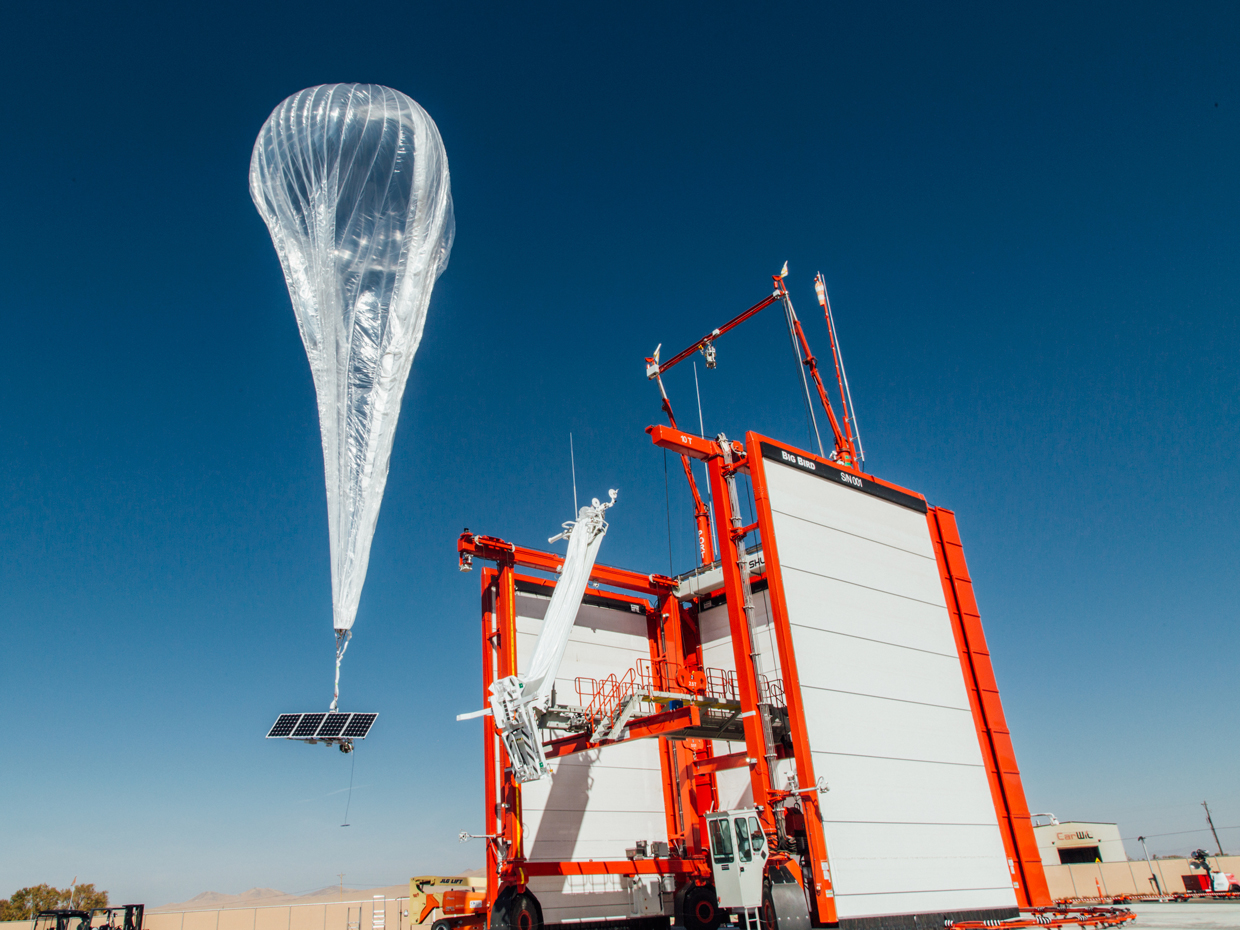 High-altitude balloons to provide cell and internet coverage over Kenya

Loon, an Alphabet subsidiary that graduated from Google’s X factory, will soon provide cell phone coverage to rural Kenyans using high altitude balloons. Cellular coverage is lacking in areas outside the country’s main city hubs due to the need for telecommunications infrastructure, a problem which is also faced in underserved communities around the world. To tackle the challenge, Loon has developed a system of interconnected balloons carrying telecom equipment which travel along the edge of space, relaying communications data over areas needing coverage. This innovative system has the potential to provide cellular connectivity anywhere it’s needed, particularly in areas outside the reach of traditional systems or experiencing emergency conditions.

In order to provide a useful communications system with balloons, Loon’s team needed to overcome challenges involved with relaying data along moving targets rather than ground stations. The team’s engineers developed solutions, adding a triangular gondola containing specialized gimbals to orient the signals between nearby balloons, so that the telecom network could manage the constantly changing configuration and keep the cell data moving without interruption. It also enables the system to work with very little ground infrastructure. One ground station can relay data across the balloons for over 600 miles, as the company demonstrated in September of last year.

Besides the challenges with relaying data, Loon also had to develop an method for navigating the balloons in order to target coverage areas. For this, the balloons were built as two balloons in one – an outer balloon filled with helium, and an inner balloon filled with air. When the inner balloon expands, it compresses the helium in the outer balloon and thus increases density. The more dense the helium, the lower it flies, and vice versa. By combining this range of motion with surrounding air currents, Loon’s team is able to navigate the balloons as needed. They’ve mastered this task well enough that the balloons for Kenya will be launched from Puerto Rico, traveling across the Atlantic Ocean until they reach their destinations in Africa.

The primary purpose of Loon’s system is to provide a communications network where none exists; however, the technology is able to adapt to situations where existing networks have been significantly damaged, such as in extreme weather events. The company has already been successfully applied in emergency situations. When Hurricane Maria hit Puerto Rico in September 2017, the company partnered with AT&T and T-Mobile to provide emergency connectivity to over 200,000 residents while repairs to their cellular infrastructure were underway. Text messaging and Internet access via LTE-compatible phones were temporarily restored.

The company will spend the first half of 2019 testing and finalizing its Kenyan system before Telkom Kenya, the country’s primary cellular provider, begins using the network for rural customer coverage. Loon has already begun construction of the minimal ground infrastructure needed, the stations in Nairobi and Nakuru being complete as are regulatory approvals. Millions of Kenyans stand to benefit from Loon’s mission and technology, and if successful, it will add to the growing options for connectivity in underserved communities around the world.

For more on the way Loon’s system works, watch the video below:

High-altitude balloons to provide cell and internet coverage over Kenya