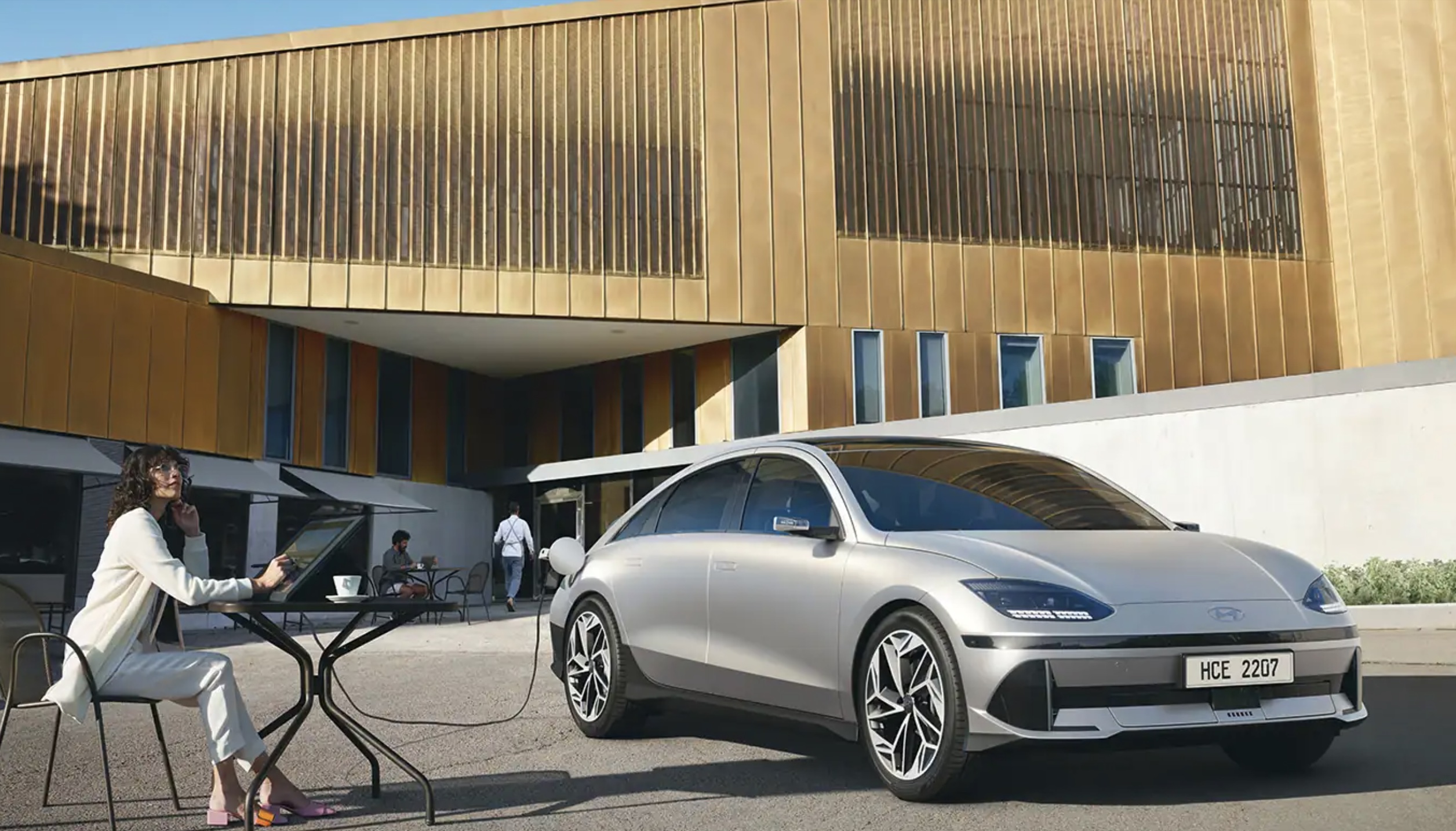 The idea of an electric vehicle has already helped traditional car manufacturers open their minds to new ideas of what a car is and how it works. As EVs gain popularity, automakers have started to reimagine the functions of a car and what people could do in them. Hyundai seemed to reevaluate the function of vehicles with the Hyundai IONIQ 6.

The IONIQ 6’s digital world premiere video highlighted that the all-electric sedan isn’t just a car; it’s also a flexible space for people with different lifestyles. In particular, Hyundai emphasized the new IONIQ’s potential as a mobile office space, one conducive to creativity and productivity.

Hyundai designed the IONIQ 6 with a cocoon-shaped interior, giving it a more homey, comfortable vibe. The Korean automaker claims that the car’s cabin is optimized for space. In the digital premiere video, Hyundai showed how drivers could lounge in their seats and even take naps.

The IONIQ 6 also allows drivers to customize their space with dual color ambient lighting in 64 color options. The interior cabin’s lighting also syncs with the vehicle’s speed. The brighter the lights, the faster the car is moving.

Besides ambient lighting, the IONIQ 6’s cabin has several clever storage spaces. It has a button-less slim door, offering “maximized pocket room” near the driver’s door. It also has a sliding glove box, allowing owners to reach deep into the storage space. However, the most interesting storage space inside the cabin might be the bridge-type center console which has room for bigger items, like purses, at the bottom.

The IONIQ 6’s design isn’t the only part that makes it an ideal mobile office or lounge area. Hyundai also included technology into the IONIQ 6 to boost productivity and relaxation.

Hyundai’s IONIQ 6 also has a vehicle-to-load (V2L) feature, allowing drivers and passengers to plug in electrical devices, like appliances, into a power outlet inside and outside the vehicle. “General electric power (230V/120V) is provided inside and outside, and you can use 3.6kVA for 230V power devices and 1.9kVA for 120V power devices,” noted Hyundai.

The IONIQ 6 has a WLTP-estimated range of 610 km (379 miles) for the car’s two-wheel drive variant with 18-inch wheels and 77.4 kWh battery pack. Hyundai also notes that the 18-minute charging speed is based on charging at 25°C (77°F) battery temperature.