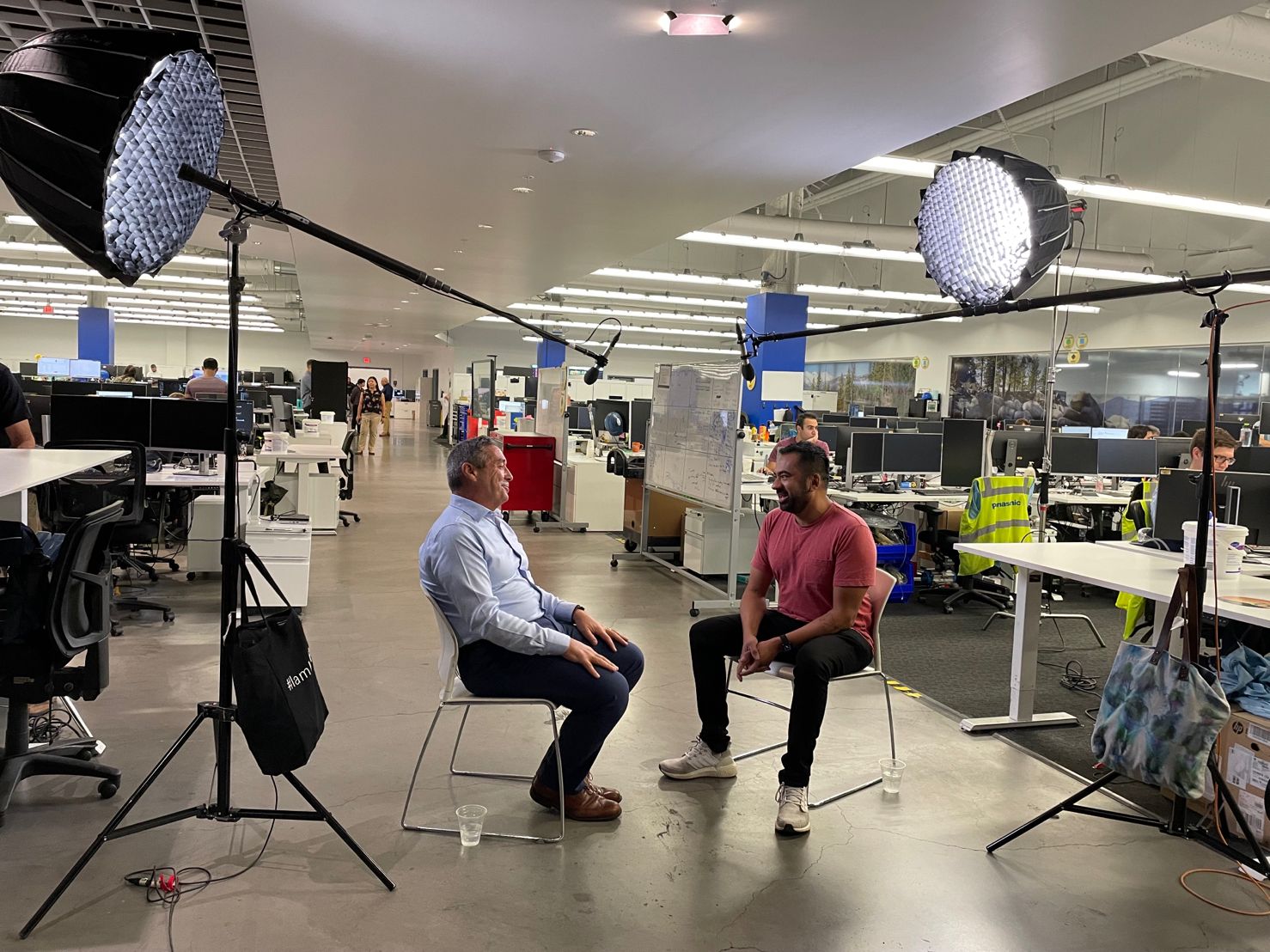 Kal Penn, Bloomberg, and Panasonic are filming a new series at the Tesla Gigafactory in Sparks, Nevada. The series will be filmed for Bloomberg’s QuickTake live news streaming platform.

According to Panasonic’s Corporate Communications Manager, Tehani Manochio, the series will focus on sustainability and clean tech.

In her LinkedIn post, she thanked the team for coming out to Sparks to talk about the sustainable supply chain and EV batteries. Her post included several photos of the film crew inside Giga Nevada. Recently, Kal Penn shared a video of a robot playing the Super Mario Brothers theme song on TikTok.

Penn was highlighting a robot playing Super Mario Brothers music as it autonomously moved around the factory.

The robots transport components needed for the production of vehicles and seem to have speakers at a volume that is at the right level so as not to disturb workers while playing the music for anyone within a few feet of them. The sound is most likely serving as a warning to anyone walking near the robots.

Although the series will focus on batteries, clean tech, and EVs, it’s coming just as Tesla’s Giga Nevada will be boosting its battery production by 10%. Panasonic plans to send a production supervisor from Japan to Tesla’s Gigafactory in Nevada to improve its efficiency. In June, Panasonic had already sent staff from Japan to the factory to provide assistance and training to employees. You can read more about this here.

Panasonic recently announced that it is building another battery factory in Kansas which is much closer to Giga Texas than Giga Nevada. So, it’s probable that the Kansas plant will supply Giga Texas with 4680 cells, however, it isn’t expected to be operational until 2024. It makes sense that Panasonic is boosting production at Giga Nevada by 10%.

And a Bloomberg video series promoting sustainability and clean tech would also help raise awareness about Panasonic’s work as Tesla’s partner in an industry that is rapidly growing.