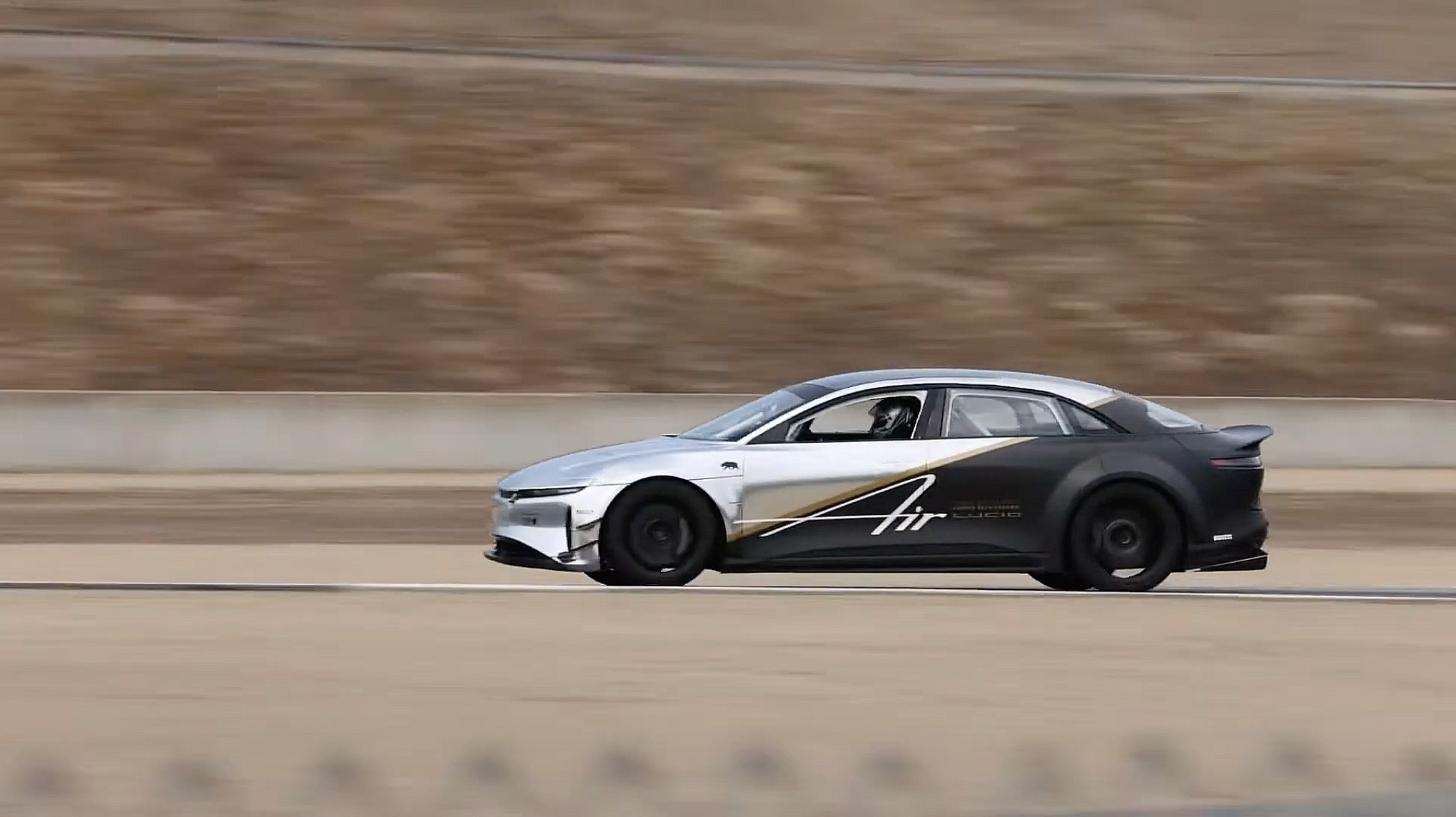 Lucid Motors has been very active in social media as of late, and it’s inciting rumors that the electric vehicle maker is looking to launch its tri-motor Air variant soon. If the EV community’s speculations are right, Lucid might be introducing a tri-motor Air this coming August 19, 2022.

Initial rumors relating to the tri-motor Air variant’s potential launch began when Lucid posted a group photo of its staff with CEO Peter Rawlinson showing the number “3” with their hands on social media. The post was quite cryptic, with Lucid simply stating that the EV community should “count on something extraordinary” on the 19th at The Quail.

Further rumors of the tri-motor Air variant gained ground today as Lucid posted another teaser for its upcoming announcement on August 19. This time around, the automaker included a graphic featuring what appears to be three electric motor components. The post’s caption was a huge tell. “Three is a magic number. See why at The Quail. 8.19.22 #BlueMeansGo #DreamAhead,” Lucid wrote.

Lucid’s tri-motor Air variant is no secret. The vehicle and its capabilities have been teased for years, though nearly two years ago, the tri-motor Air did make headlines when it accomplished a feat that not even the gold standard of EVs at the time — the Model S Raven Performance — could match. During a test, the tri-motor Lucid Air completed the standing quarter-mile in 9.245 seconds.

Needless to say, the Tesla Model S Plaid would likely find a worthy challenger in a few days. So far, Tesla’s flagship tri-motor sedan is listed with a quarter-mile time of 9.23 seconds at a trap speed of 155 mph. Considering how competitive Lucid is, it would not be surprising if the tri-motor Air posts numbers that are just a bit higher than the Model S Plaid’s.

In a way, it is EV buyers that will likely be the winners in the emerging tri-motor arms race among automakers. Lucid has had nearly two years to perfect its tri-motor Air, so it would most likely feature some Plaid-beating specs. Tesla, however, has a reputation for stubbornly refusing to stay in second place. With the tri-motor Air in the picture, it would also not be surprising if Tesla responds by possibly unlocking more of the Model S Plaid’s performance or even announcing the once-canceled Plaid+.

In the meantime, here’s a throwback to the record-setting quarter-mile run of Lucid’s tri-motor Air.