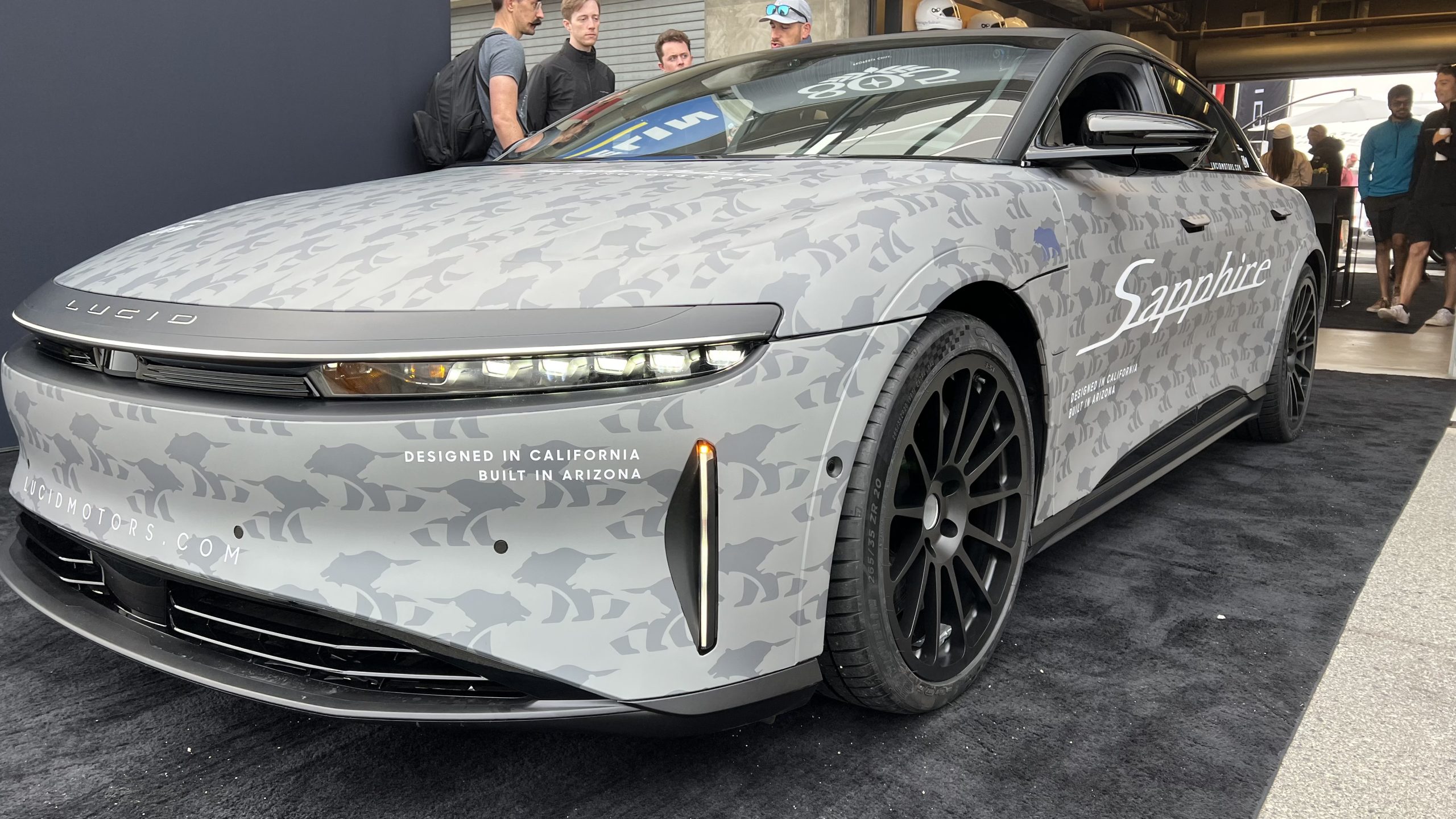 Take a lap in the 1,200-HP Lucid Air Sapphire prototype

After Lucid announced its new 1,200 horsepower Sapphire version of the Air sedan last week, many believed it was the Tesla Model S Plaid’s biggest competition yet…and for good reason.

The specs alone have people debating whether it could be the new king of the EV market in terms of performance. The Lucid Sapphire Air is among the fastest production vehicles on Earth, and The Kilowatts were recently given exclusive access to one of the first rides in the vehicle.

Over the weekend, Lucid brought the Sapphire to Laguna Seca Raceway in California for an exclusive on-track experience, and Ryan Levenson of the Kilowatts was invited to ride along for a hot lap in the new Air trim level.

Levenson is likely the most qualified to review the differences between the new Sapphire and other high-performance configurations of the Air because he’s ridden them on track before. Not too long ago, he rode in the Air GT Performance at the Goodwood Hill Climb, so he knows what the major differences were after his experience in the Sapphire. 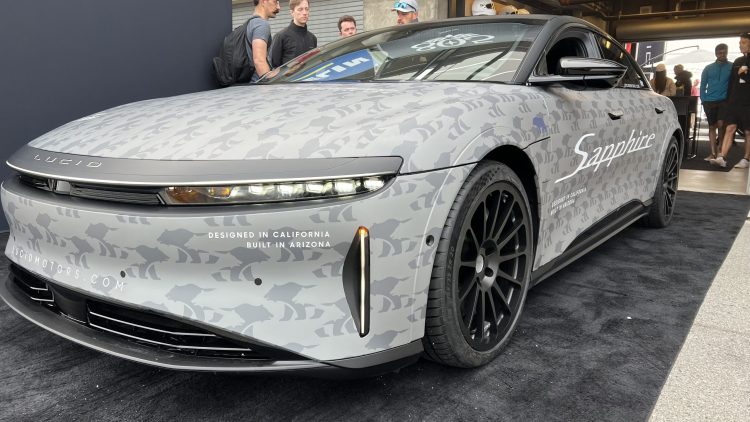 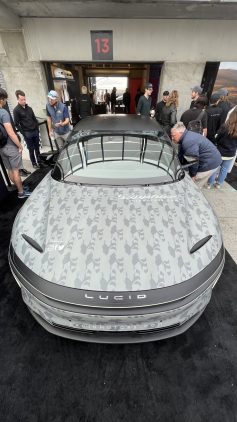 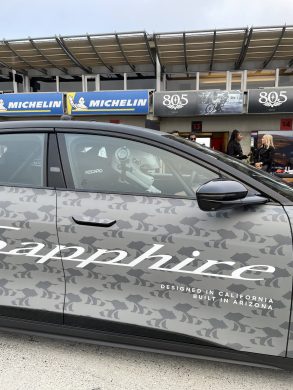 Levenson told Teslarati that the Sapphire has a better ride experience from a performance standpoint. “It’s noticeably punchier accelerating and decelerating,” he told me. “It’s also less floaty,” meaning less traction through the turns, giving it a more performance-based and competitive feel. “Neither [vehicle] felt harsh at any point,” he added. “Both were very comfortable.”

Traction control was turned off by “The Stig” Ben Collins, who was behind the wheel for both of Levenson’s rides in Lucid Air configurations. This may have contributed to a better feel through the turns on track in the Sapphire, but Collins said the omittance of the traction setting helped with power coming out of the turns.

Lucid used this vehicle as a development car, which helped collect data on the performance so engineers can make adjustments accordingly. Levenson shared some photos with Teslarati of the data collection rigs in the trunk: 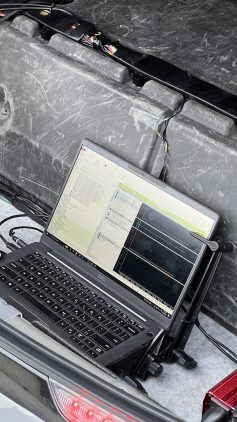 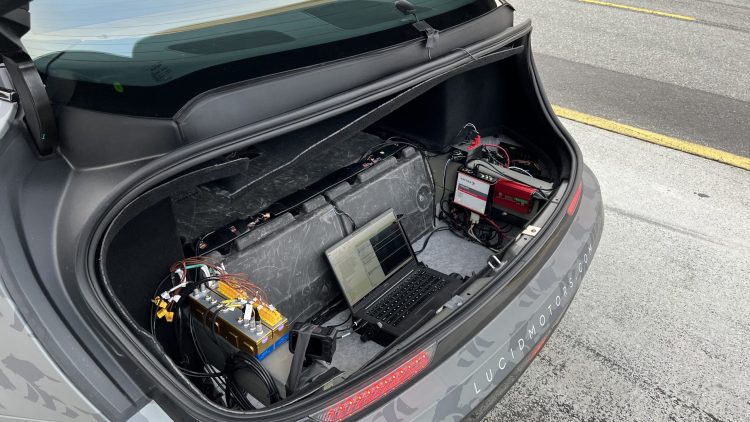 Lucid unveiled the Sapphire last week. With three all-electric motors that will deliver 1,200 horsepower, the car is capable of a sub-two-second 0-60 MPH acceleration rate and a top speed of over 200 MPH.

Check out The Kilowatts ride in the Lucid Air Sapphire below.

Take a lap in the 1,200-HP Lucid Air Sapphire prototype