NASA is planning a sample return mission where a spacecraft will retrieve a canister in Mars orbit for return to Earth. Credit: NASA/JPL-Caltech

NASA’s upcoming Mars 2020 rover will land on the red planet in 2021. It’s mission: to looks for signs of life and bag up samples for a future return to Earth. To prepare for the arduous task of a sample return mission, NASA is looking for someone to lead the charge.

The agency’s Mars Sample Return (MSR program) is set to ramp up in the coming decade as the six-wheeled rover aims to bag and tag bits of Mars. NASA has sent a host of rovers to the red planet over the past fifty years, but the 2020 rover will be the first to collect actual soil and rock samples. Scientists here on Earth say that these bits of Mars will increase our understanding of our celestial neighbor infinitely.

NASA is collaborating with the European Space Agency (ESA) to nail out all the sample return program details. (ESA is planning its own Mars-sampling mission — the ExoMars rover.) But before it does, the agency would like to find a program director.

According to the job posting, the director would oversee the entire program — from early development all the way until sample return — and be paid an annual salary of up to $188,066.

If you have spaceflight experience, especially in spaceflight programs and a degree in the sciences, this could be the job for you.

To date, NASA has sent four rovers to the red planet, each tasked with a specific mission. Pathfinder (and Sojourner) were sent to test out landing capabilities and other technologies; Spirit and Opportunity were sent to search for signs of water, and Curiosity was tasked with understanding Mars’s habitability.

The next logical step is to look for actual signs of life; that’s what 2020 will do.  Cue the MSR program.

The program is divided into three parts: sample collection, where the rover will drill into rocks and collect rock cores as well as soil samples (and more); retrieval, where future missions will send another robot or even a human to fetch the bagged samples; and return, where the collected samples will be sent back to Earth.

Throughout its mission, the Mars 2020 rover will store bits of Mars in containers no larger than a pen, placing in strategic areas on the planet’s surface. Then the interplanetary treasure hunt begins!

An ESA rover will traverse the planet in search of the canisters. Once collected, it will store them in a special container (roughly the size of a basketball), which will later be launched into Mars orbit. 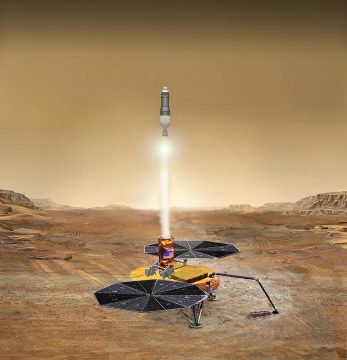 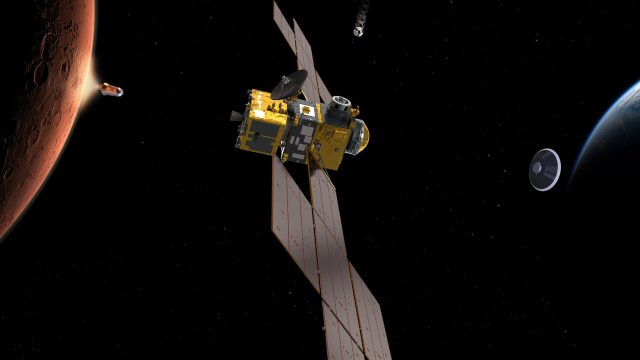 Lastly, an ESA spacecraft will scoop up the container and carry it back to Earth, where scientists around the world will be anxiously waiting.

“Like the return of the moon rocks to Earth, bringing back samples of Mars will be a defining moment in space exploration,” ESA officials said in a statement.

To date, the only bits of Mars that have landed on Earth were fragments of meteors that have survived the searing heat of re-entry as they plummeted through the atmosphere. The samples the 2020 rover sends back will be pristine samples, containing a wealth of information about Mars.