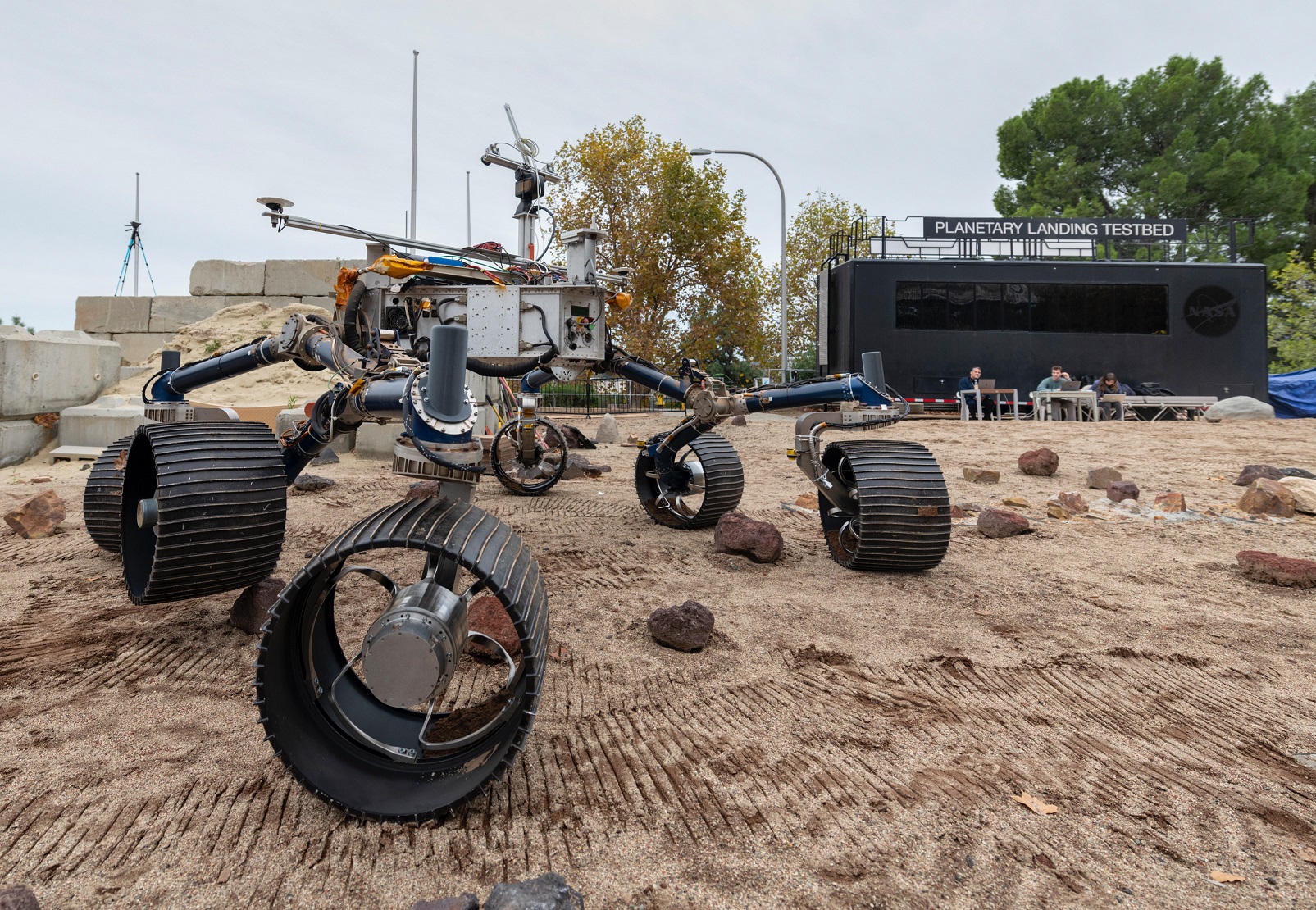 NASA engineers witnessed their newest Mars rover take its first steps in preparation for its next mission that will search for fossilized remains of ancient life on the red planet.

“Mars 2020 has earned its driver’s license,” Rich Rieber, the lead mobility systems engineer for Mars 2020, said in a news release. “The test unambiguously proved that the rover can operate under its own weight and demonstrated many of the autonomous-navigation functions for the first time. This is a major milestone for Mars 2020.”

During the test, NASA engineers noticed no problems, as the six-wheeled rover successfully performed all its required tasks: it rolled forward and backward and even pirouetted. According to NASA, the rover’s systems, all working in concert, enabled it to steer, turn and drive with ease.

The testing of the vehicle’s autonomous navigation system went well. Since these systems performed perfectly under Earth’s gravity, engineers expect them to perform just as well under Mars’ gravity, which is only 38% of what we experience on Earth.

The test went so well that NASA says the “next time the Mars 2020 rover drives, it will be rolling over Martian soil.” The Mars 2020 rover is scheduled to launch in July 2020, followed by a landing in Jezero Crater on February 18, 2021.

“A rover needs to rove, and Mars 2020 did that,” John McNamee, project manager for Mars 2020, said in a statement. “We can’t wait to put some red Martian dirt under its wheels.”

Engineers were also able to collect data from the vehicle’s Radar Imager for Mars’ Subsurface Experiment (RIMFAX)—an instrument that uses radar waves to scan the ground below the rover. Depending on the terrain, once on Mars, RIMFAX will penetrate the ground, probing the red planet’s subsurface to depths of more than 30-feet (or 10-meters).

Curiosity, the Mars 2020 rover’s predecessor currently roaming around on Mars, is predominantly commanded by people back on Earth. However, the rover does have the ability to autonomously choose where to fire its laser spectrometer. As part of its onboard science arsenal, the instrument—called ChemCam—is designed to analyze the chemical composition of nearby rocks and soil.

Mars 2020, on the other hand, will be more independent than any of its predecessors. Equipped with advanced auto-navigation software, the rover will drive with the help of a dedicated onboard computer operating on data collected from the vehicle’s high-resolution, wide-field color cameras.

NASA engineers estimate that the rover will travel an average of 650 feet (200 meters) per day. For comparison, Curiosity’s current distance record for a single day is 702 feet (214 meters), although that’s not typical. The Mars 2020 rover will also be sporting more durable wheels. Curiosity’s wheels are visibly worn after seven years on the Martian surface; engineers hope Mars 2020’s wheels will hold up better.

Once on Mars, the rover will land at Jezero Crater—a former lake bed, rich in mineral deposits known for preserving microfossils here on Earth. In this crater, the rover will search for any signs that life may have once existed on Mars.

While acting as a remote scientist, the rover will unlock clues about the planet’s climate and geology as well as collect samples that will be returned to Earth sometime in the future.

Following the loss of the Opportunity rover, Curiosity has been the sole robot roaming the Martian surface. That will change in 2021, but they won’t be the only ones.

They will be joined by another: The European Space Agency is teaming up with Russia to send their version of the Mars 2020 rover. The Rosalind Franklin ExoMars rover will arrive on Mars at a soon-to-be-announced location, in 2021.