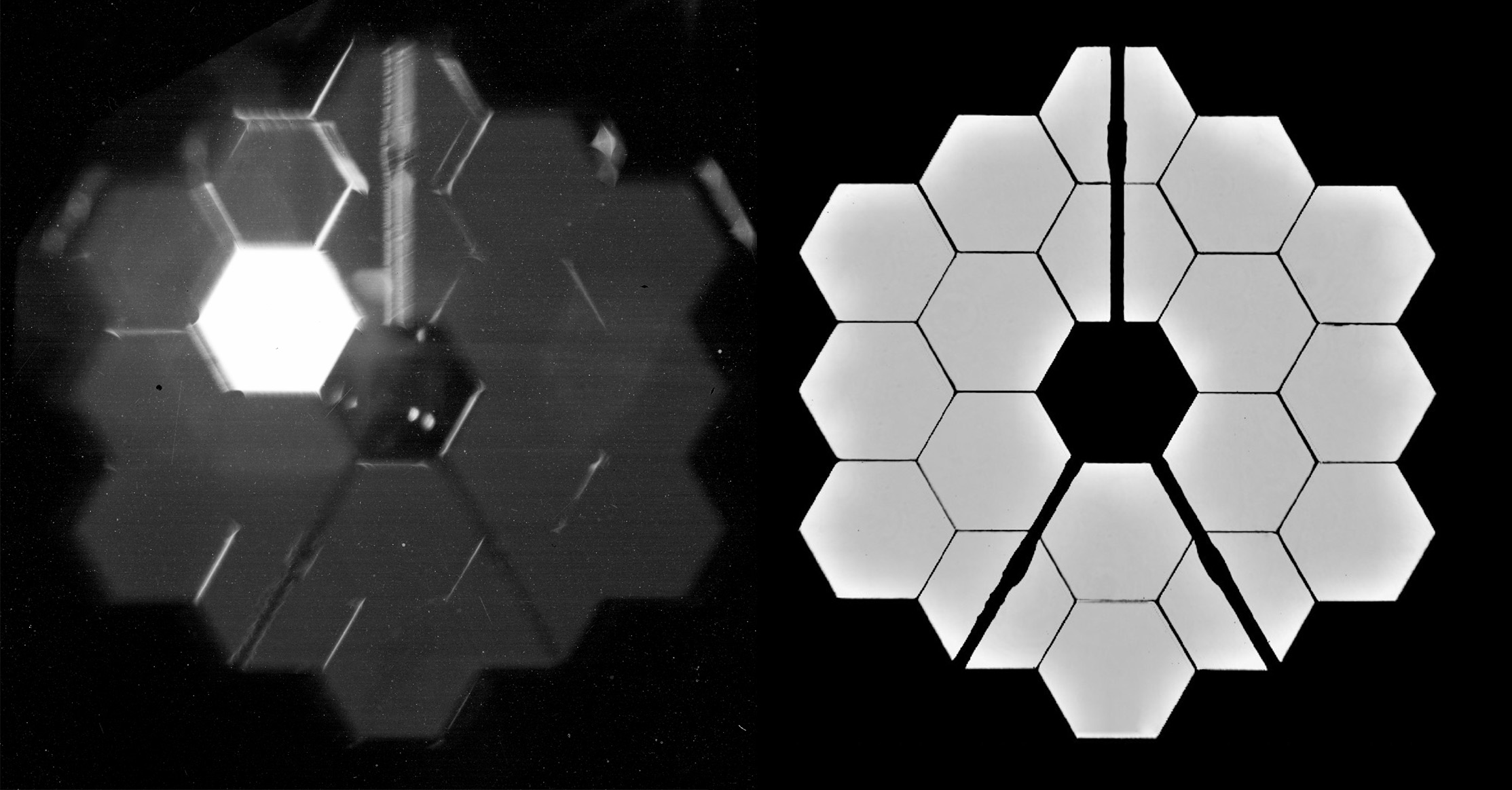 Less than two months ago, the James Webb Space Telescope took its first photos in space. The images were taken of the star HD84406 in the constellation Ursa Major and displayed Webb’s 18 mirror segments, which were not yet aligned to create one clear image. Scientists working on Webb have spent the past two months making small adjustments to the mirrors’ alignments to produce one unified image from the telescope’s NIRCam instrument or primary imager.

On March 11th, NASA announced the completion of the “fine phasing” stage of alignment – the second of seven increasingly microscopic stages. This critical stage is very close to the final stages of alignment, but small adjustments will still need to be made. Ground controllers have been working for months to align the segments to within a few nanometers—billionths of a meter—of one another. It may be late summer 2022 before all of Webb’s instrumentation is fully calibrated and ready for use.

However, upon completion of fine phasing, a new photo from deep space was taken and released. Even though Webb’s alignment will require additional adjustments in the near future, NASA claims this photo of star 2MASS J17554042+6551277, with Webb’s mirror segments in near-perfect alignment, is the highest-resolution image ever taken in space.

NASA released a statement explaining how JWST is performing even better than expected. “Every optical parameter that has been checked and tested is performing at, or above, expectations. The team also found no critical issues and no measurable contamination or blockages to Webb’s optical path. The observatory is able to successfully gather light from distant objects and deliver it to its instruments without issue.”

Thomas Zurbuchen, the associate administrator of NASA’s Science Mission Directorate, stated that “more than 20 years ago, the Webb team set out to build the most powerful telescope that anyone has ever put in space and came up with an audacious optical design to meet demanding science goals. Today we can say that design is going to deliver.”

It will be months before Webb is able to deliver actionable, calibrated images of the cosmos but scientists and fans of the project alike are already hopeful and excited to see what Webb discovers.

According to NASA, the next six weeks will be spent commissioning, calibrating, and testing complex scientific instruments, including the Near-Infrared Spectrograph, Mid-Infrared Instrument, and Near InfraRed Imager and Slitless Spectrograph. In this phase of the process, an algorithm will evaluate the performance of each instrument and then calculate the final corrections needed to achieve a well-aligned telescope across all science instruments.

NASA claims the Webb team is on track to conclude all aspects of Optical Telescope Element alignment by early May, if not sooner, before moving on to approximately two months of science instrument preparations. If all continues to go according to plan, Webb’s first full-resolution imagery and science data will be released as early as this summer.

“Webb is the world’s premier space science observatory and once fully operational, will help solve mysteries in our solar system, look beyond to distant worlds around other stars, and probe the mysterious structures and origins of our universe and our place in it. Webb is an international program led by NASA with its partners at ESA (European Space Agency) and the Canadian Space Agency.” (NASA)