Exclusive: How NIO plans to stay a step ahead of Tesla and German rivals in China

In a high-end shopping district in Shanghai, China sits one of the newest, premium electric vehicles in the market: the mid-sized, all-electric NIO ES6 sports utility vehicle.

Taking the spotlight inside an expansive showroom of curved glass windows, terrazzo floors, and light douglas fir wood walls, the NIO House retail gallery is as much a high-tech electronics store as it is an experience.

Five years ago, NIO didn’t even exist; it was merely an idea in tech-mogul William Li’s head. Li partnered up with Jack Cheng, a former Fiat and Ford Executive, and Lihong Qin, a former real estate executive, to form a next-generation automobile company. Since then, NIO has delivered over 15,000 vehicles, employs over 9,500 people, and built an extensive charging and battery swapping network, as the company looks to become the de-facto brand in the burgeoning electric mobility market.

NIO’s journey over the last five years hasn’t been comfortable, or cheap; the company has raised over $3.5B from investors, including a public offering on the New York Stock Exchange last year (NYSE: NIO). But the fact that the company is producing and delivering vehicles to consumers puts NIO in rare company. Aside from Tesla who spent nine years to bring their first mass production vehicle to the market, other electric vehicle companies, including Faraday Future, Lucid Motors, Canoo, and Byton have yet to deliver a vehicle to customers, let alone build a factory for car production.

While it’s become commonplace to hear NIO being referred to as “the Tesla of China” – both are publicly traded companies that design and manufacture premium electric vehicles – the differences far outweigh their similarities.  Where Tesla seeks to streamline its retail presence, NIO is investing heavily into the buildout of designer showrooms and members-only clubs for vehicle owners. Tesla has focused exclusively on fast-charging solutions, yet NIO is placing a massive bet on battery swapping technology and a move-fast-at-lower-risk manufacturing strategy that puts the company a step ahead of the competition.

Five and a half hours outside of Shanghai (two hours by bullet train) in Hefei, China, NIO is building thousands of electric vehicles in a state of the art factory. Spooling up production last April, it’s an understatement to say that NIO was new to the vehicle manufacturing business. While the company had spent years developing their electric platform and first SUV, the ES8, they lacked manufacturing expertise to bring it to market. Designing and building their own factory, costing billions and taking years, wasn’t an option. Instead, NIO partnered with the state-owned manufacturer, JAC Motors.

JAC and NIO were considered an odd couple when the two announced their partnership in April 2016; JAC more well-known for their low-cost vehicles, rather than their craftsmanship. Outside of their automotive manufacturing expertise, JAC holds a highly coveted license to manufacture cars in China. Such a permit and strong relationship with the government is attractive to NIO and other automakers, including VW who is considering purchasing a large chunk of JAC. “Last November, the Chinese government endorsed this type of joint-manufacturing structure. With that preferential policy in place, NIO can put more investment and focus into R&D and the development of our user network and services,” William Li, NIO’s CEO, told Teslarati.

To counter perceptions of low-quality, NIO decided to bring on their own manufacturing team, to ensure that the vehicles were not only as high-quality as the competition, but better.

Enter Feng Shen and Victor Gu, two former Volvo executives charged with setting up and running the 2.5M sqft NIO-JAC facility. While the two joined NIO at different times, Shen had previously recruited Gu to Join Volvo back in 2010. The two believe strongly in making high-quality vehicles, putting it at the top of their priorities. For example, NIO’s body scans over 1,000 different spots on each ES8 body.

Inside the NIO factory is a combined workforce of 2270 NIO and JAC employees, working to produce both the ES8 and ES6. The ES6 is in test production and expected to be in customers hands in June. NIO’s facility features some of the most advanced robotics in the industry, with their all-aluminum body line achieving 97.5% automation. NIO claims the body line is the most advanced of its type in China. The facility is currently able to produce 100,000 vehicles per year but can be expanded to produce 150,000 units and beyond. 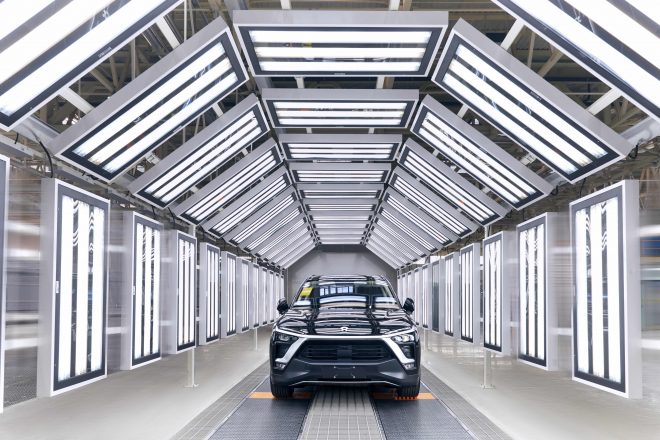 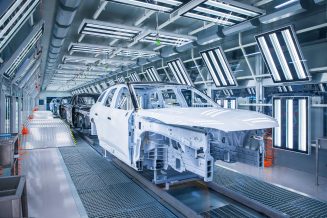 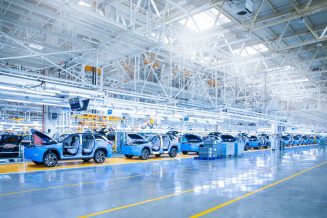 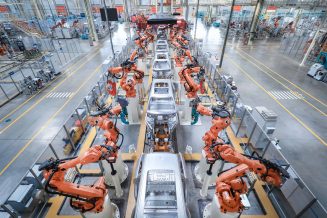 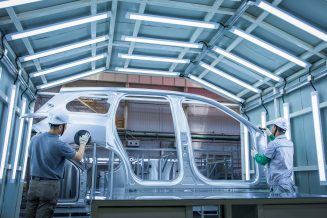 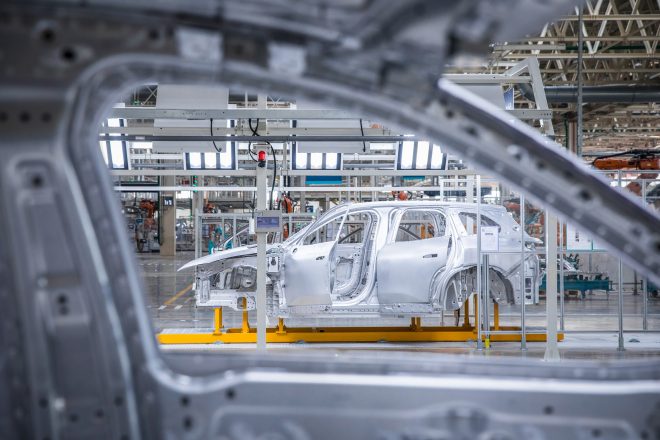 The expansive white floors in NIO’s factory and ceiling that’s outfitted with 512 massive skylights fill the facility with natural light. The factory uses geothermal energy for heating and cooling, while thousands of solar panels produce energy to minimize the facility’s carbon footprint. Outside the facility, NIO is in the process of installing basketball courts and a soccer field on the factory grounds for employees to enjoy.

NIO has the capability to produce thousands of vehicles per month and has ample runway before reaching maximum production capacity. The company sells its vehicles direct-to-consumer, and its streamlined logistics allows the company to hold little inventory.

When NIO launched their three-row premium SUV, the ES8, last fall, demand seemed strong. Production was ramping up as the company worked to fulfill their order books, delivering over 3,000 vehicles per month in both November and December of 2018. Then came 2019, the company’s deliveries fell dramatically to a low of 811 vehicles in February. The company pointed to the overall tense economic climate in China, seasonality surrounding Chinese New Year, and dramatic cuts to electric vehicle subsidies in China.

Compared to their peers in the large and mid-size premium SUV segments, the vehicles are competitive. The ES8 starts at roughly $66,500 (without battery leasing), excluding subsidies and other EV incentives, which is significantly below competitors like the Volvo XC90 ($93,700). Additionally, the ES8 features fast acceleration, 0-60 mph in 4.4 seconds, and a technology-forward interior. The forthcoming ES6 is entering a much larger segment than its larger sibling and is priced 7-10% lower than its peers, by Teslarati’s estimates. While the recent sales drop spooked investors, sending the company’s stock down nearly 50% from recent highs, it’s unclear if reduced demand is a long-term issue.

Regardless of recent sales issues, NIO is plowing full steam ahead. The company has 35 NIO Houses and pop-up stores open throughout China. The stores are all exquisitely designed and are built for both potential customers and current owners. Potential customers can check out the vehicles, take test drives, and purchase NIO merchandise; current NIO owners can head upstairs to the owners-only club. 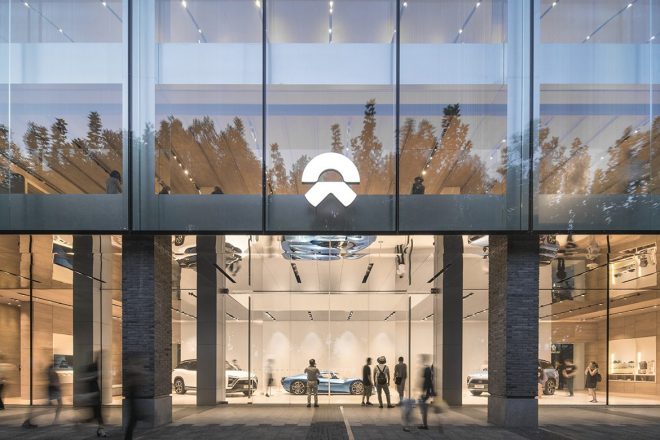 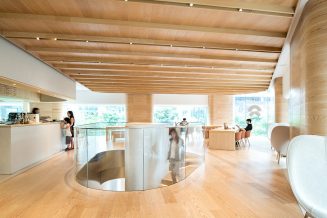 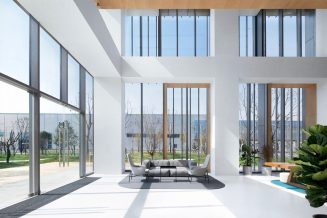 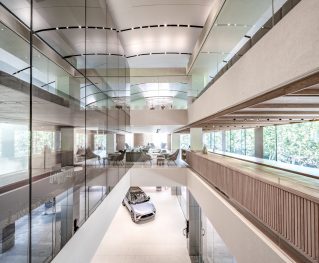 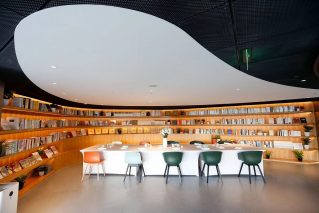 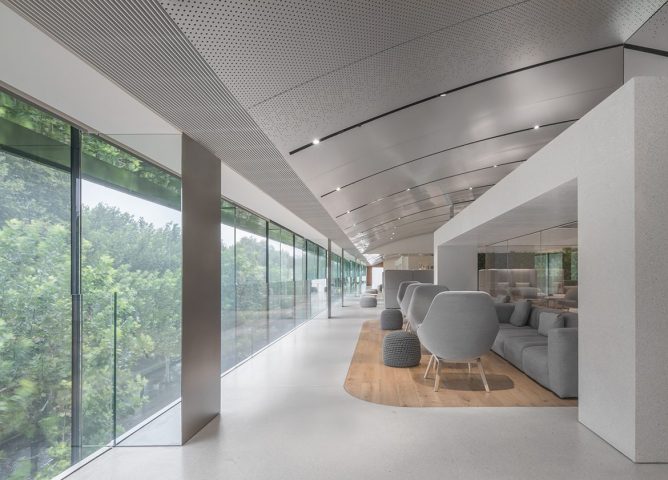 NIO’s clubs are focused on providing a “joyful lifestyle beyond the car.” Essentially, they are places where owners can hang out, enjoy a latte, read books, attend events, and socialize with other owners. NIO even creates a custom drink for each NIO House, allowing owners to try out new flavors at each location.

The company believes that private clubs add value to a customers lifestyle and introduce them to a luxury-focused lifestyle. While not all owners will use the clubs regularly, NIO estimates that their owners visit 1-2 times per month. While it’s too soon to conclude whether NIO’s expansive retail spaces and clubs drive sales, it would be mild to stay that the company is betting big on the strategy.

If clubs and retail stores aren’t your schtick, NIO still has a plan for you, namely: the NIO App. Like the physical locations, the NIO app is both a place for potential customers and current owners. While the company has just over 15,000 vehicles on the road, NIO’s app has over 800,000 downloads and over 200,000 daily active users.

The NIO app is as much of a social media app as it is a vehicle-companion. Users can post photos, share their recent trips, report issues with their vehicles, or share general posts about their lives. While the app is currently only available in Mandarin, you can often find posts from users announcing their reservations, deliveries, or exciting road trips. The NIO app is great for fostering connections between potential users and current owners, allowing people to act as ambassadors for the brand; thus creating a continuous sales funnel for the company.

For owners, the app has a whole other layer of functionality. They can manage their vehicles, send bugs and feedback, and schedule a service appointment. Additionally, owners can use the “one-click for power” feature to have NIO specialist come to recharge their vehicle, either with a mobile van or at a NIO supercharger or swap station.

Building Out a Services Business.

To date, NIO has seen the service used over 100,000 times by customers. While charging at home is readily available for most EV owners in the US or EU, NIO reported that only 78% of their owners were able to install a home charger, making the service more than just an added value, but a necessity for some.

All NIO owners can use the “one-click for power” feature 12 times per year at no cost, but after that NIO offers a per-time fee or a monthly subscription. NIO charges ¥980/month or ¥10,800/year ($145/month or $1604/year) to give owners the service 15 times per month. NIO opened this service up to non-NIO vehicles at the Shanghai Auto Show, allowing all EV owners to subscribe to the service.

With production facilities, a strong retail presence, and a dedicated power-delivery network, NIO certainly doesn’t have a capacity issue. The company could start delivering 5,000+ cars next month and have plenty of capacity and staff to handle the volume. NIO’s vehicles don’t seem to be the problem, they’re well-built, packed full of industry-leading features, and competitively priced in their segments.

What is unclear, is whether NIO’s expensive retail and club strategy are truly generating enough sales. The company is doing minimal advertising, leaving their stores and app as its core sources for sales. With over 9,500 employees on payroll and a factory running below capacity, the company is under pressure to raise sales amid economic headwinds, which is no easy feat.

Between the company’s focus on electric SUV’s, a unique retail strategy, a lifestyle-focused app, and a variety of user-centric services, NIO differentiates itself from both competitors abroad and at home. Whether the upcoming ES6 is a hit, is to be seen, but the company has all the pieces in place to deliver a positive ownership experience for buyers.

Exclusive: How NIO plans to stay a step ahead of Tesla and German rivals in China