Tesla has opened its Model 3 online configurator for UK customers, finally offering the much anticipated all-electric midsize sedan for the country’s right-hand drive (RHD) market. All US-market variations are available for UK customers to design and reserve, including the Model 3 Standard Range Plus, Long Range, and Performance. Deliveries are set for June, according to estimates provided on Tesla’s website during the ordering process.

The Model 3 configurator in the UK reflects battery range estimates that differ slightly from the ranges listed in the US thanks to variations between Europe’s and the US’s regulatory body testing procedures. Europe’s WLTP (Worldwide Harmonized Light Vehicle Test Procedure) gives the Model 3 Standard Range Plus a 258 mile estimate (US 240 mi); the Long Range 348 miles (US 310 mi); and the Performance 329 miles (US 310).

Prices for all UK Model 3 variants are approximately $10,000 more than the US versions, and no savings estimates are included in the primary configurator listings. However, estimates are given at the bottom of the ordering page and clearly distinguished as “before savings” and “after savings”, as is the case for the US and several other non-UK customers. 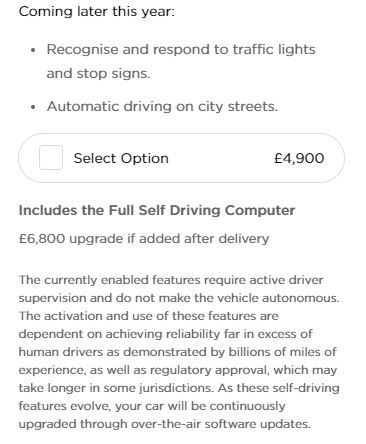 Tesla CEO Elon Musk announced last week that UK customers would be able to place their Model 3 orders around “May 1 or 2”, which has obviously come to fruition as planned. Musk additionally said that Japan, Australia, New Zealand, and Hong Kong (also RHD markets) would follow shortly thereafter. After initially estimating an RHD launch in mid-2018, things look to now move quickly in those markets. Also mentioned by Musk was Tesla’s plan to cover all of Eastern Europe by the end of this year.

Tesla’s launch of the RHD Model 3 looked to be imminent after a test version was spotted driving on a California highway near the all-electric car maker’s headquarters in late March. The sighting followed the discovery of registered VIN markers a few weeks prior indicating the variant had been produced. Tesla originally debuted the Model 3 (left-hand-drive) in the UK in July 2018 at the Goodwood Festival of Speed, making the opening of the country’s online configurator a long time coming for prospective customers.

The Model 3 was purposefully designed with a symmetrical nature to streamline multiple driving configurations. This approach means that minimal retooling and engineering for right-hand-drive is required, according to Musk. Now that Tesla has a fair amount of logistics under its belt, the UK and other RHD market customers may benefit from a more streamlined manufacturing and order fulfillment process.