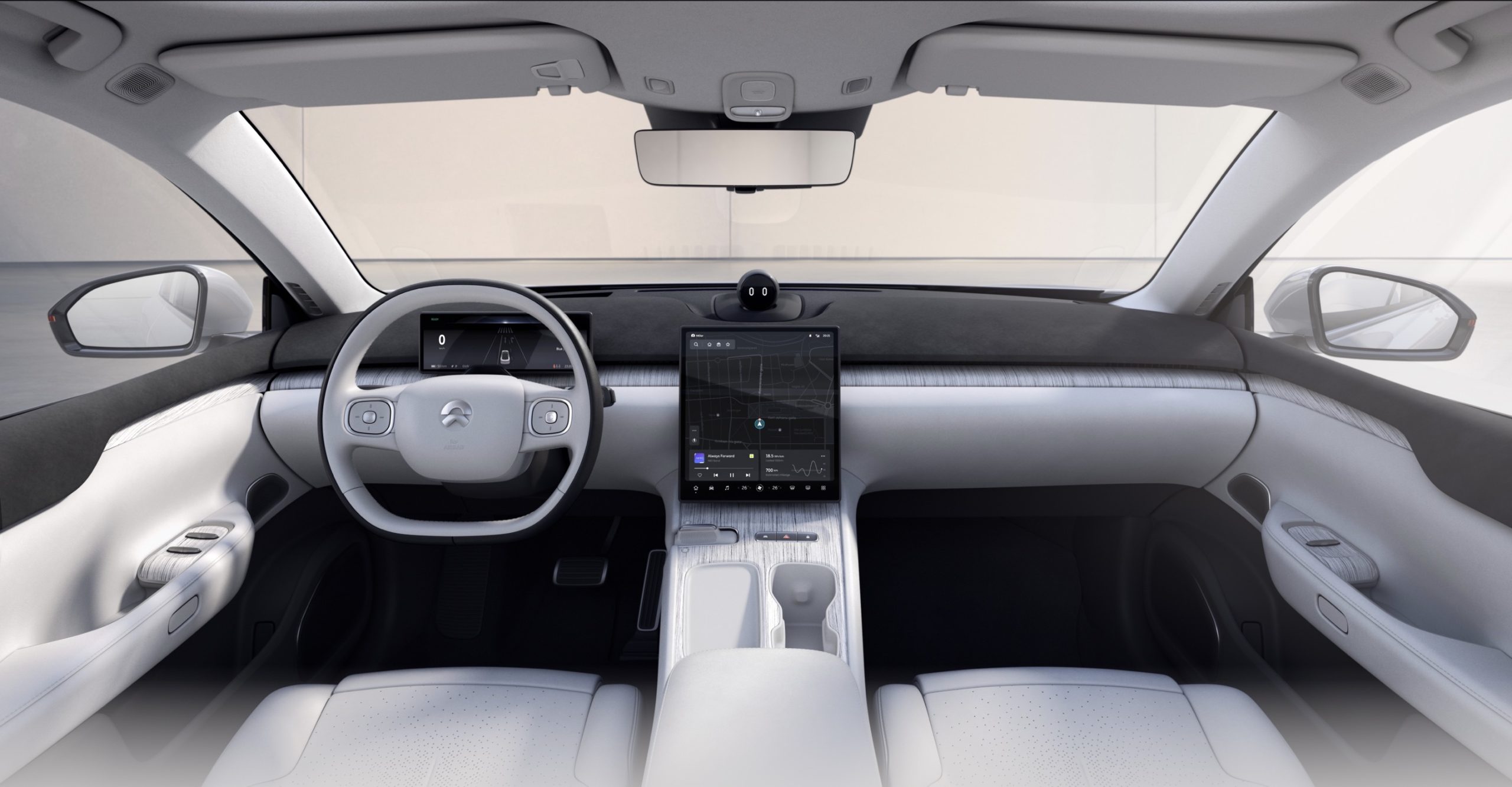 NIO and Dirac’s work on the ET7’s audio system reveals the changing design of the car’s cabin and the role software plays in its redesign.

Every automaker has a specific sound they would like their passengers to enjoy in their vehicles. NIO also has a particular sound target, and for the ET7, the Chinese automaker wanted it to come through crystal clear.

NIO worked closely with Dirac to create its sound. The NIO ET7’s official online page states that the four-seater car has 23 speakers, four overhead speakers, and a subwoofer. It also has a 20-channel amplifier and comes standard with Dolby Atmos Technology.

NIO didn’t just add lots of speakers to the ET7, though. The China-based automaker together with Dirac were meticulous and intentional with the ET7’s audio system.

Audio experts must consider the environment the sound will be played in, making it challenging to work with vehicles. Lars Carlsson, the Head of Business Development Automotive Audio and Vice President at Dirac, told Teslarati that audio experts have to consider many things when creating the perfect sound inside a vehicle. They have to consider the number and position of the speakers and the number of seats in the vehicle. Audio experts must also consider how sound reflects on the cabin’s different surfaces and windows.

Each speaker output in the NIO ET7 was measured with 16 microphones, positioned in each seat for a total of 64 measurement positions in the cabin. The measured data gave Dirac a good overview of the acoustic performance of the car’s cabin and creates the base for Dirac’s patented algorithms to optimize the sound.

“We base everything on measurements and data. Our process really saves audio engineers a lot of time. They can tune on their computer instead of spending weeks in the car,” Carlsson said.

“In addition our algorithm lets the speakers in the cabin and the subwoofer collaborate to create an even sound field in the car, which means we can actually create an equal audio experience in every seat. You get the voice right in front of you and a good imaging and a very even bass distribution and tight bass,” explained Carlsson.

Software is playing an increasingly important role in the auto industry as automotive OEMs and startups reconceptualize the idea of the vehicle. Now, automakers are reimagining the use of the car cabin as more vehicles integrate autonomous software.

Software lies at the center of redesigning the cabin space for passenger activities. Many automakers have started investing in software for their vehicles. For instance, Volkswagen invested €2 billion in a joint venture with China-based Horizon Robotics. And Stellantis launched a software development center in India recently.

Audio, in particular, is beginning to play a more significant role in the cabin as automakers introduce more types of media for passengers to enjoy while on the road. Electric cars coming out on the market have fun new features now, like karaoke, videos, games, and more which rely heavily on audio systems. However, it is autonomy that drives the cabin’s redesign.

“We have an enormous interest for our solutions because audio is getting more and more important in the car. This is true for electric cars because it’s a quieter environment but also when looking into autonomous cars, where maybe you’ll be working in your car, you’ll be listening to music, you’ll be watching videos, you’ll have maybe rotating seats,” said Carlsson.

“There’s a lot of challenges also coming ahead, but I would say that Dirac is very well equipped for future challenges because software for anything in the cars is key,” he added.