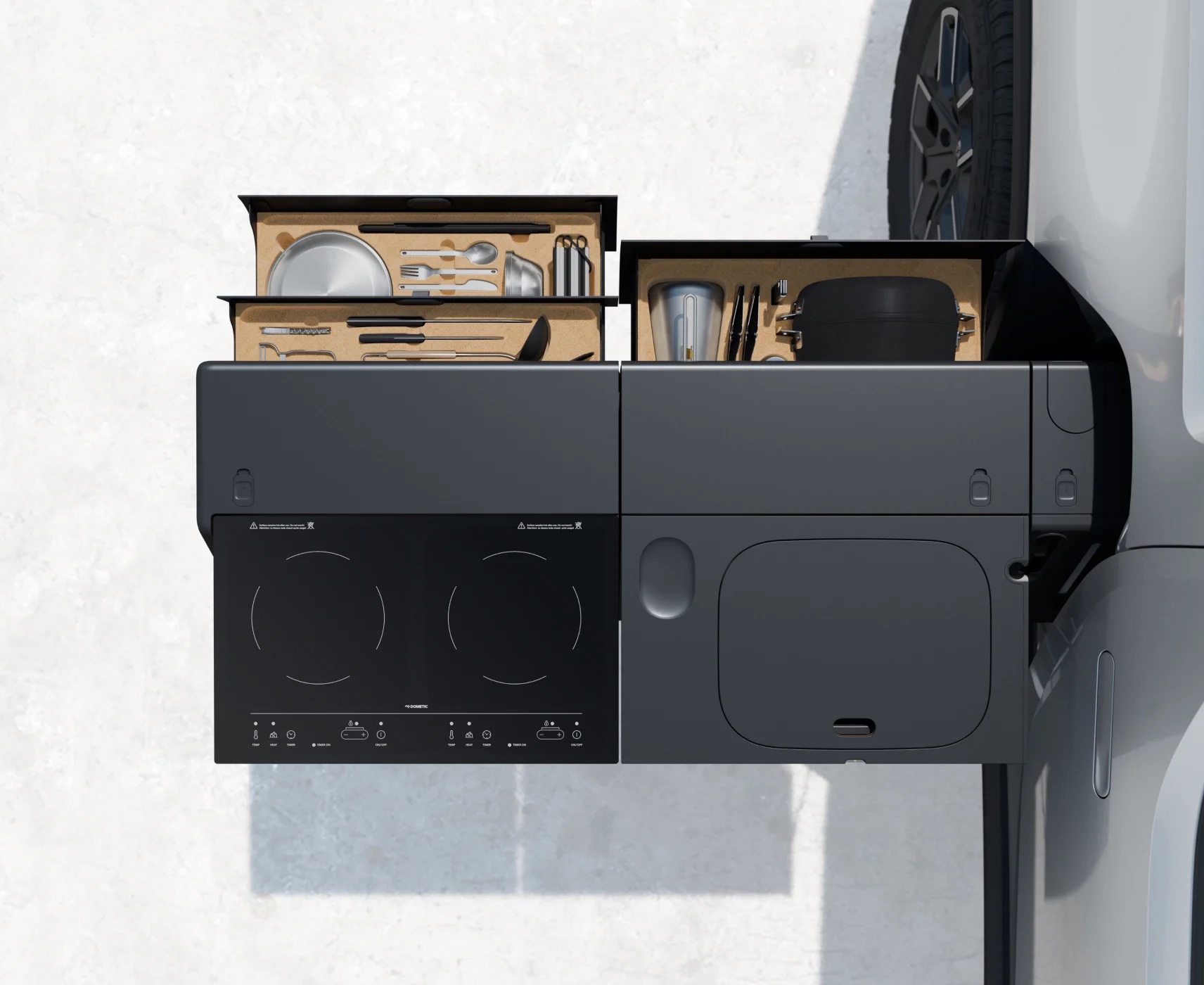 Rivian is pausing production on its Camp Kitchen modules designed for the R1T pickup truck. The EV startup redesigned the Camp Kitchen and the Gear Tunnel attachment.

Rivian reached out to customers who preordered Camp Kitchen modules. Based on Rivian’s emails on the subject, it has been testing the Camp Kitchen and decided to refine a few details about its design before releasing the product to customers. It is also redesigning the Gear Tunnel Shuttle.

Rivian told Camp Kitchen customers it would remove the modules from their R1T preorder to prevent extra charges. The company plans to send Camp Kitchen updates to customers. Rivian also intends to inform customers once the portable kitchen is available for purchase again.

The original Camp Kitchen comes in two modules that run on 1,440 watts. It includes a two-burner induction cooktop, a removable kitchen sink with a cover that also acts as a cutting board, and a 4-gallon water tank. The modules have ample “counter” space.

The 30-piece kitchen set fits perfectly into the Camp Kitchen’s cabinets. And the modules attach to the Gear Tunnel shuttle, which features LED lighting, a 12V outlet, and a 110V outlet.

The Camp Kitchen x Snow Peak package perfectly encapsulates the type of products Rivian seeks to sell from its Gear Shop. Rivian has a unique opportunity to sell accessories and products specifically for camping and overlanding activities since it manufactures vehicles for outdoor adventures.