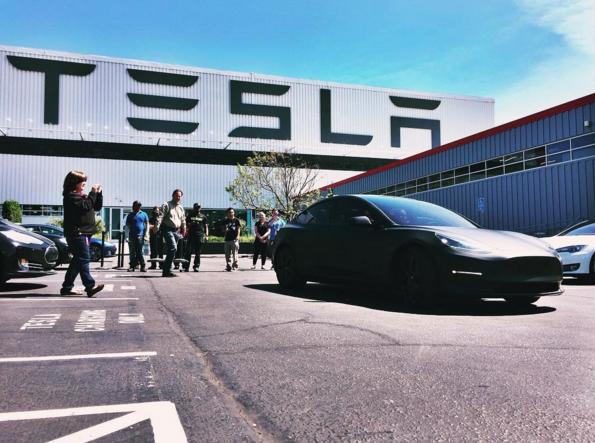 A SEC filing in August indicated that Tesla Motors would likely need to raise more capital before the end of the year, however, six weeks later, CEO Elon Musk took to Twitter to announce that a capital raise was no longer necessary. During yesterday’s Q3 earnings call, Musk confirmed that no additional capital raise is needed by end of year and “probably not” needed in Q1.

He said Tesla is working hard to reduce the cost of manufacturing the Model 3 as one of this top 3 immediate priorities. As a result, the company “does not require any capital raise for the Model 3 at all”, though he indicated that a capital raise could still take place at some time in the future to “account for uncertainty and de-risk the business.”

Demand for Tesla’s cars with the latest 100 kWh battery has been strong. That battery carries a $10,000 premium compared to the older 90 kWh battery. The company is also benefiting from the sale of zero emissions credits to other manufacturers.

In the third quarter alone, income from ZEV credits amounted to $139 million — nearly equal to what the company realized from selling those credits in all of 2014 says Cowen analyst Jeffrey Osborne. “Certainly what drove the upside on profit is the $139 million of those zero emission credits which is a near 100 percent profit business,” said Osborne.

When the proposed merger with SolarCity was first announced, many skeptics saw it as a bailout for a faltering business run by Musk’s cousins, Lyndon and Peter Rive. In fact, SolarCity has been the beneficiary of several new funding packages this year and is in a position to actually contribute some cash to Tesla if necessary. Yesterday, Musk confirmed that, saying the acquisition of SolarCity will be neutral or even a cash contributor to fourth quarter Tesla results in “a small way.” Tesla is planning to release more financial data relating to the merger on November 1.

Tesla said it had $3.08 billion in cash and cash-equivalents as of Sept. 30, compared with $3.25 billion at the end of the second quarter. The company plans over $1 billion of capital expenditures in the fourth quarter, bringing its total capital spending this year to $1.8 billion. Even though that seems like an enormous amount of money, it is still 20% less than the $2.25 billion the company forecast at the start of the year.

The company announced its first quarterly profit since the first quarter of 2013 yesterday. Elon Musk promised investors that the fourth quarter will be profitable as well. Of 20 analysts who cover the company, seven have a “sell” rating on the stock, four rate it “buy” or higher, and nine have a “hold,” according to Thomson Reuters.