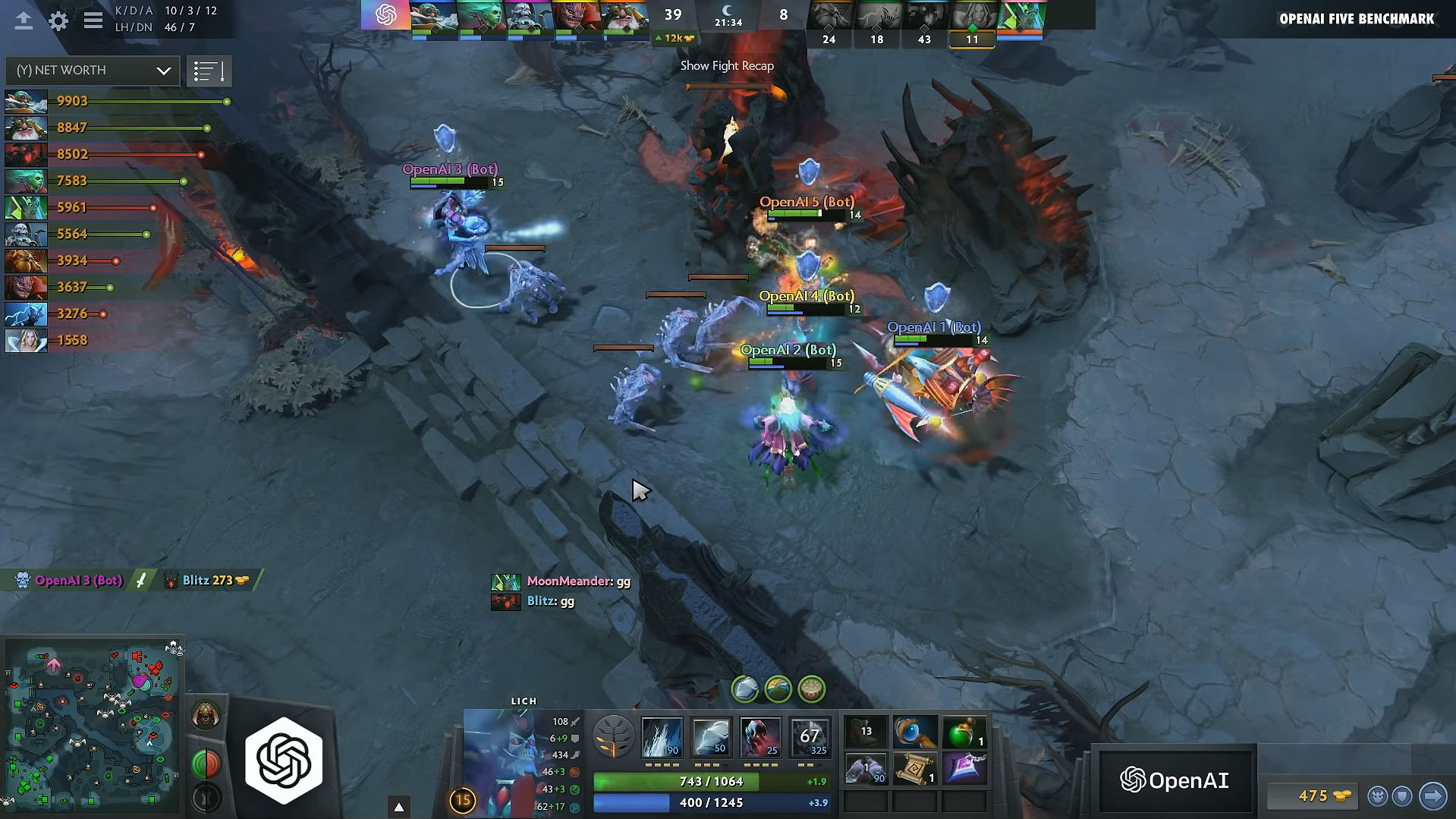 OpenAI’s team of AI-powered Dota 2 bots have reached yet another impressive milestone — it was able to beat the five veteran players in a 3-on-3 match, dominating two rounds before being defeated narrowly in the third match. The OpenAI Five are now headed to The International, a worldwide event later this month where the world’s best Dota 2 players will battle it out for the chance to be crowned 2018’s Dota 2 champions.

The OpenAI Five clashed with popular Dota 2 personalities such as Ben “Merlini” Wu, William “Blitz” Lee, Ioannis “Fogged” Lucas, David “MoonMeander” Tan, and Austin “Capitalist” Walsh. The bots completely overpowered Team Human in the first game, with the players unable to destroy any of the of the bots’ towers before the end of the match. The Dota 2 pros fought harder in the second round and managed to destroy one of the OpenAI Five’s towers, but they ultimately had to admit defeat to the bots.

Team Human did squeeze out a win in the third match, but not without some strings attached. The characters Open AI played were selected by Twitch users, giving Team Human a slight advantage. The team of bots calculated a 2.9% chance of winning before the start of the game based on its heroes’ lineup. The bots nevertheless fought a hard battle, at one point predicting a 17% win probability before succumbing to Team Human’s assault 35:47 into the game.

OpenAI’s initiatives with Dota 2 began in March last year. The first bot the nonprofit created started training with simple tasks and self-play. On August 7, 2017, the bot started an impressive winning streak after it defeated Blitz, a well-known player in the Dota 2 community. Later, the bot managed to win against two other high-ranking players. It continued with its winning streak defeating well-respected Dota 2 player Arteezy the day after. The Open AI bot went on to best other notable players including, SumaiL, and former world champion, Dendi.

This year’s team of bots involved a serious amount of hardware and training. The nonprofit research lab employed a scaled-up version of Proximal Policy Optimization running on 256 GPUs and 128,000 cores, a similar setup used in last year’s bot which dominated in 1-vs-1 Dota 2 matches. The OpenAI Five also played roughly 180 years worth of gameplay every day through reinforcement learning, which allowed the bots to develop advanced skills for the game.

OpenAI Five’s latest win against its most formidable adversaries yet ultimately demonstrates the immense progress the bots have made over the past few months. The bots were losing to amateur players in May, but by June, it had matured enough to beat casual gamers. Now, the bots have shown that they are good enough to defeat gamers that have been playing Dota 2 for years. Nevertheless, it is still up for question if OpenAI Five can beat the best players in the game at The International later this month.

Watch OpenAI Five dominate Team Human in the video below.