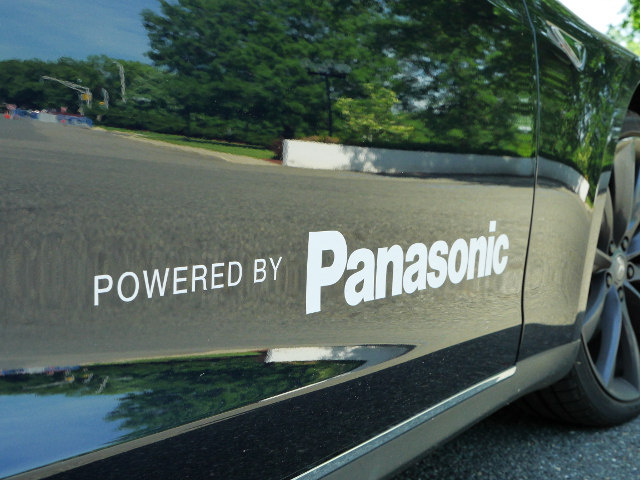 Panasonic will expand its existing production of lithium-ion battery cells by 2 billion over the next four years to cover the increased demand from Tesla Motors.  Sourced from the Tesla Motors Press Release:

OSAKA, Japan / PALO ALTO, Calif. — Panasonic Corporation and Tesla Motors today announced that the two companies have reached an agreement in which Panasonic will expand its supply of automotive-grade lithium-ion battery cells to Tesla. With this agreement, the two companies update and expand their 2011 arrangement to now supply nearly 2 billion cells over the course of four years. The lithium-ion battery cells purchased from Panasonic will be used to power the award winning Model S as well as Model X, a performance utility vehicle that is scheduled to go into production by the end of 2014.

“This expanded agreement with Panasonic is important to Tesla as we continue to increase the pace of production,” said Tesla Co-Founder and CEO Elon Musk. “We look forward to strengthening our relationship with Panasonic, and I’m confident that this partnership will continue to be an integral part of Tesla’s success for years to come.”

Together, Panasonic and Tesla have developed a next-generation battery cell technology that provides the highest energy density and best performance cells in the market. Panasonic’s cylindrical cell is a customized technology designed specifically for optimizing electric vehicle quality and life. These cells are integrated by Tesla into the battery pack in a way that enables an industry-leading range of approximately 265 miles for the Model S.

“We are extremely proud to be a strategic partner of Tesla,” said Yoshihiko Yamada, president of the Automotive & Industrial Systems Company, an internal company of Panasonic. “Panasonic will increase its production capacity of lithium-ion battery cells to supply Tesla’s growing needs as it expands its production of EVs.”

Panasonic Corporation is a worldwide leader in the development and engineering of electronic technologies and solutions for customers in residential, non-residential, mobility and personal applications. Since its founding in 1918, the company has expanded globally and now operates over 500 consolidated companies worldwide, recording consolidated net sales of 7.30 trillion yen for the year ended March 31, 2013. Committed to pursuing new value through innovation across divisional lines, the company strives to create a better life and a better world for its customers. For more information about Panasonic, please visit the company’s website at panasonic.net

Tesla Motors’ (NASDAQ: TSLA) goal is to accelerate the world’s transition to electric mobility with a full range of increasingly affordable electric cars. California-based Tesla designs and manufactures EVs, as well as EV powertrain components for industry partners. Tesla has delivered over 15,000 electric vehicles to customers in 31 countries.