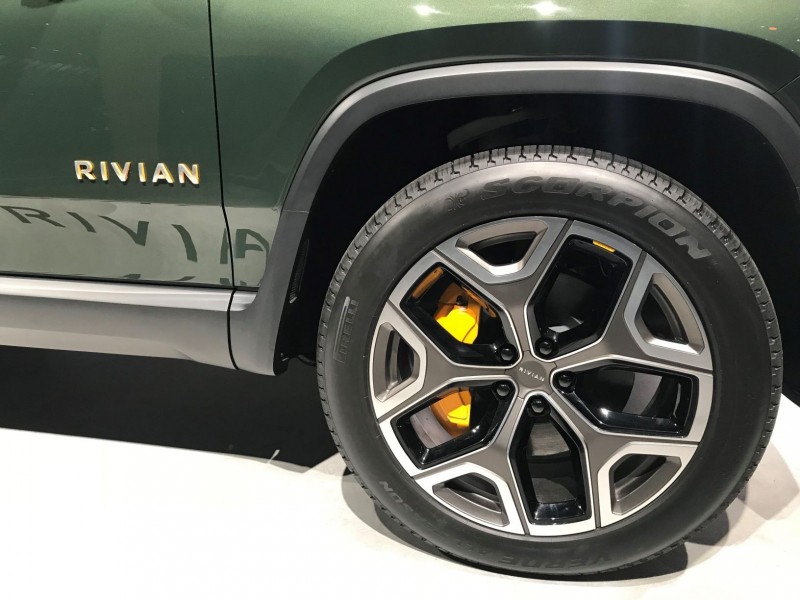 Pirelli's Scorpion Tires, which were developed for Rivian's R1T and R1S (Credit: Pirelli)

Legendary tire manufacturer Pirelli has quietly worked with electric car company Rivian to develop EV-specific rubber. What has come from the last two years of the partnership is a new, EV-specific tire design that will complement the Rivian R1T upon its eventual release. Pirelli’s work with high-performance gas-powered machines has shifted to a more sustainable company, proving that the focus is shifting to help the newly-engineered EVs that are finally entering the automotive market.

Pirelli has developed some of the best tires in all of the car industry, and designing rubber for specific models is not an uncommon tactic for the Italian company. According to Traction News, the company has partnerships with Maserati, Lamborghini, McLaren, and Pagani, which require Pirelli to outfit 100% of those manufacturers’ cars with tires.

The noted Italian tire company has developed three types of tires specifically designed for Rivian’s upcoming electric truck, the R1T. Labeled with “RIV” and “Elect” to further solidify the tires’ compatibility with the battery-powered vehicles, the Scorpion Verde All-Season, Scorpion Zero All-Season, and Scorpion All-Terrain will be available for R1T owners to use in 20-inch, 21-inch, and 22-inch specifications.

The development of each design was not business as usual. Developing a product specifically for an all-electric vehicle was a project that Pirelli had not taken on in the past. According to CarBuzz, Rivian was interested in having a specific set of advantages with each tire. Some were geared toward having a low rolling resistance, others were designed to have a quiet ride, and others were the subject of increased traction control to assist with the low center of gravity offered with the R1T.

Owners of the R1S from Rivian don’t need to feel left out, either. The tires designed by Pirelli will also be compatible with the all-electric SUV, making them a true, well-rounded product for Rivian’s vehicles.

Rivian will begin production of the R1T in June 2021, as the company’s manufacturing dates have been delayed several times due to the COVID-19 pandemic. The truck will be competing with the likes of the Tesla Cybertruck and the GMC Hummer EV when it enters the market next year.

Pirelli detailed its partnership with Rivian in a press release, which can be read here.