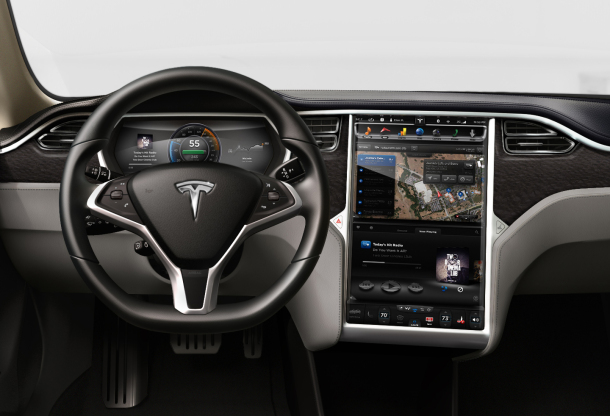 The Tesla Model S is an undeniably cool vehicle. The car looks great and has zero emissions while offering very impressive performance. The car has been dinged in recent reviews over its driving distance, but any purely electric vehicle will produce range anxiety. Tesla CEO Elon Musk recently showed off a relatively unknown feature that the Model S offers. It turns out that the high-tech car will play any song you ask for whenever you ask for it. You don’t have to have the music on a connected iPod or smartphone either. You simply press the steering wheel button, tell the car what song you want to hear, and Musk says the car will go on the Internet, find a stream of the song, and begin playing it immediately – presumably using the car’s built-in 3G data connection.

From the video demo, it appears that the whole process happens impressively fast. I’ve owned a car with the Ford Sync system in the past that would play songs from my iPhone using voice commands, and the delay for that system and a local device appears to be about as long as the Model S needs to grab a song from the Internet.