Volvo and Geely-owned company Polestar has announced a $59,900 starting price for its Polestar 2 all-electric sedan.

The company announced European pricing for its electric car in October: £49,900 in the U.K. and €58,000 in Germany, Belgium, and the Netherlands. During the same press release, Polestar indicated a $63,000 price point for its vehicle in the U.S., but it managed to undercut this target by just over $3,000. Head of Polestar USA, Gregor Hembrough stated, “The MSRP is lower than we originally targeted, and will be extended to all of our current reservation holders.”

Additionally, the Polestar 2 will have multiple upgrades available for an additional cost. These include a $5,000 performance pack that upgrades suspension and braking within the vehicle, Nappa interior leather upgrades for $4,000, 20-inch alloy wheels for $1,200, and Premium Metallic paint colors for $1,200.

Production of the Polestar 2 began in late March 2020. U.S. deliveries will start in Summer 2020 for those who hold a reservation for the car, but it is unknown if the current COVID-19 pandemic will delay the timeframe for deliveries. 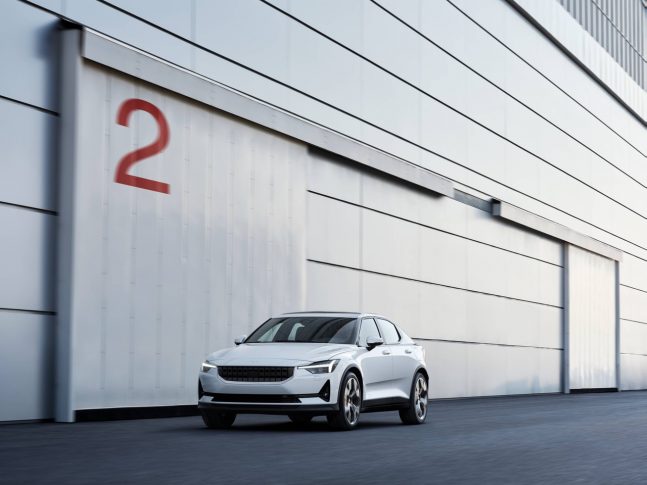 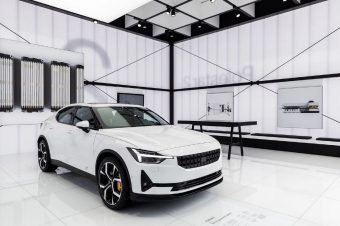 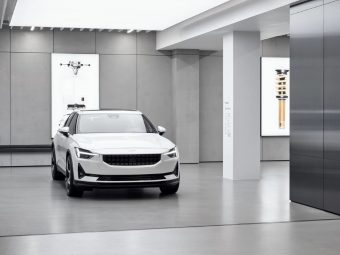 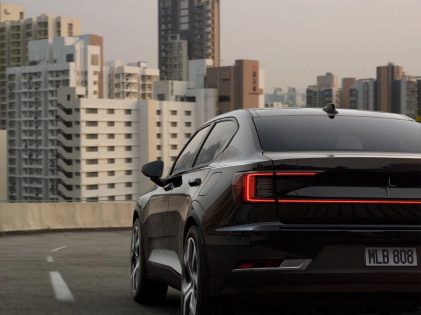 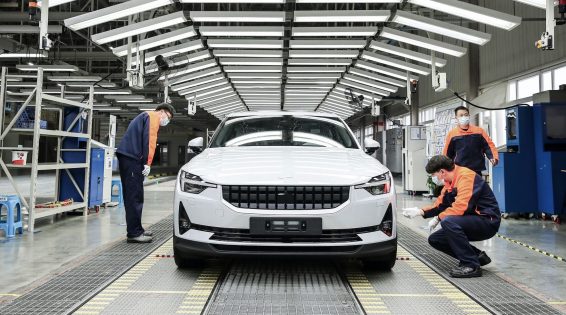 Polestar will offer one powertrain option for U.S. owners initially. With a 78 kWh battery pack powering a dual electric motor system, the car will produce 408 horsepower and 487 pound-feet of torque. The Polestar 2’s range is 275 miles, according to EPA tests.

The Polestar 2 will also utilize a built-in infotainment system powered by Android and Google Assistant, a first for an automaker. The car will also use Google Maps for GPS navigation and application downloads through the Google Play Store.

Polestar also launched a mobile app in March 2019 that aims to ease the pressure of the car buying process. “We are making it hassle-free and easier for customers to engage with the Polestar brand and enjoy their car. From finding out information about Polestar cars, through to subscribing for a new Polestar, all the way to starting your car using our Phone-as-Key technology – everything can be done through your mobile device,” Polestar CEO Thomas Ingenlath said.

The vehicle is currently available for purchase exclusively on Polestar.com. However, the company plans to begin opening physical retail showrooms, known as Polestar Spaces, where a specialist will give interested customers information on the Polestar 2. The stores will first be available on the West Coast and New York City around the same time as initial deliveries, but more locations will open in the future.

The car is available for purchase in all 50 states, and Polestar plans to release details that will describe leasing and financing options soon, according to a company release.

While some enthusiasts label the Polestar 2 as a rival of the Tesla Model 3, it is crucial to remember Elon Musk’s thoughts on competition within the electric car sector. While it is undoubtedly essential for companies to try and beat their competitors by offering more power, speed, range, or technology, Musk has always indicated that Tesla has no competitors who make electric cars.

The competition lies within companies that have no plans to initiate a transition into an electric future. Polestar plans to enter the electric car industry by offering a quality vehicle that could make the company a striking force within the BEV community.