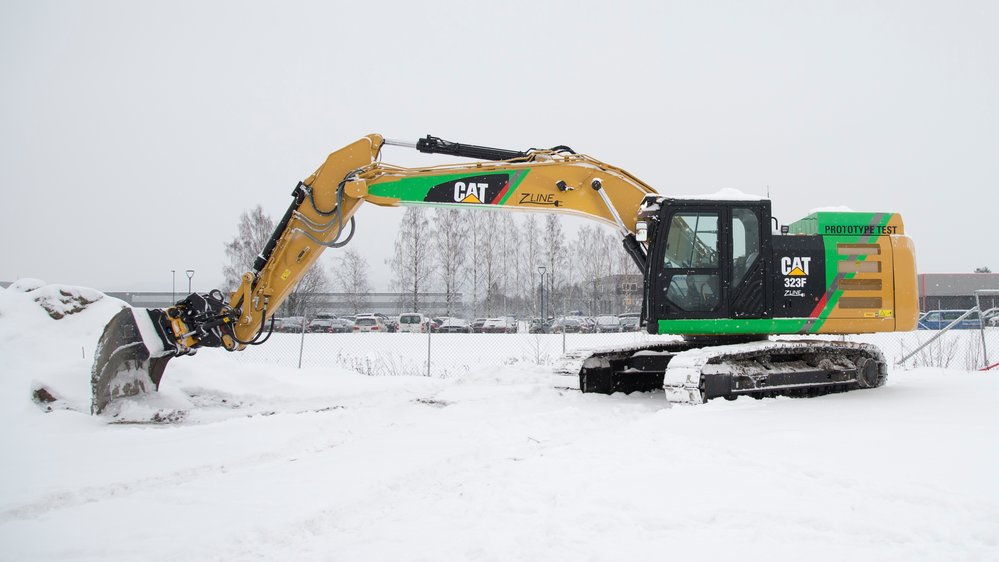 Pon Equipment based in Gjelleråsen, Norway has converted an industrial diesel-powered excavator to operate on batteries alone, the first of its kind. According to the company’s CEO, Erik Sollerud, the machine uses a 300 kWh battery pack that’s three times the capacity of Tesla’s 100 kWh battery that’s found in its flagship Model S and Model X vehicle. After an eight month development process, the first of eight excavators is ready for delivery to Norway’s largest construction company, Veidekke. As a company motivated by the impact of emissions on the environment, Pon Equipment is helping pave the way for an era of emissions-free construction equipment around the world.

The base model used for the electric conversion is the Cat® 323 Hydraulic Excavator, a 28-ton machine built by American construction and mining equipment manufacturer Caterpillar. As perhaps can be expected, swapping the original 1 ton C7.1 ACERT industrial engine for 3.4 tons of batteries came with several challenges. The team at Pan first had to find batteries that could withstand the rigors of construction work, ultimately opting for the types used in boats and submarines. The torque was also problematic and had to be scaled back to behave more like a diesel. In an electric car, high torque gives rapid acceleration, but in an excavator, it will wear out the hydraulics and other systems from the stress.

A full charge on the Caterpillar 323F Z-line (zero emission) – Pan’s revised name for the modified machine – will keep it running for 5-7 hours. For reference, a 63 amp charger will give one hour of work per one hour of charging, and another option available is to keep the machine connected to power during the entirety of operation, all details provided by Sollerud as reported by Ole Henrik Johansen of Norwegian tech website Tek.no. The machine includes a built-in 400V charger. 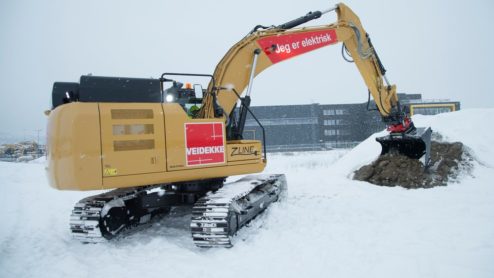 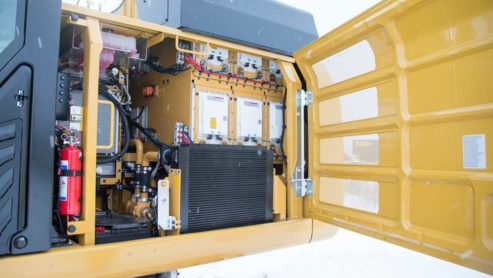 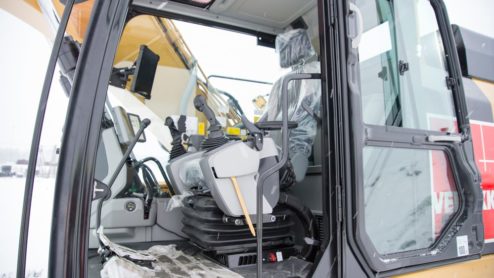 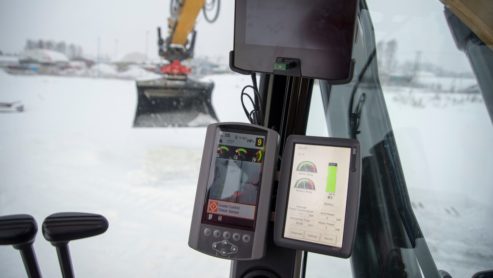 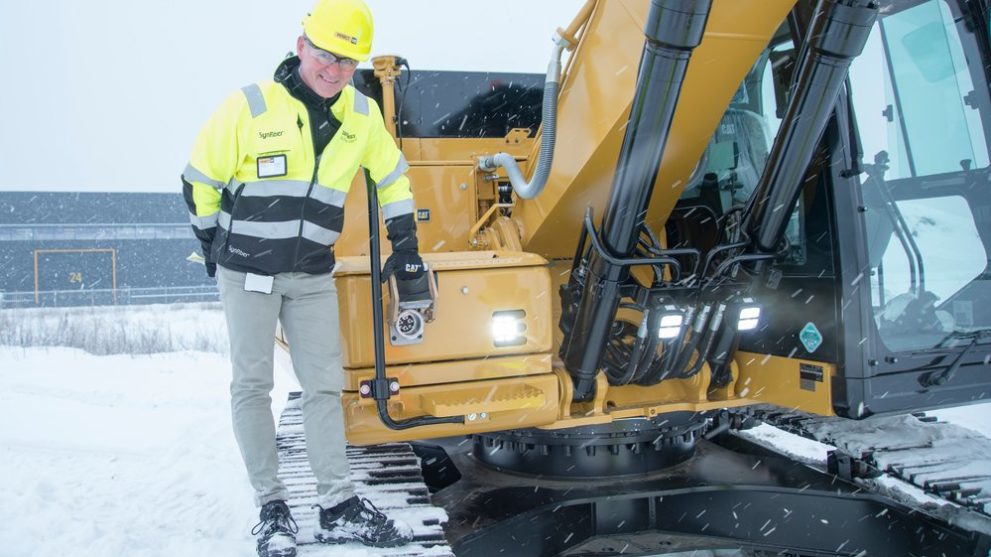 Also, a feature of the excavator’s electric power source is the noise or rather lack of it. During operation, only a low hum and hydraulic pump actions are heard from the 323F Z-line itself, and a swapped out fuel gauge for a battery monitor is the only obvious difference inside the machine’s cabin. While the carbon emissions are negated with the removal of the diesel engine, it appears a reduction in noise pollution is a happy bonus. Each machine is estimated to cost about $650,000.

Caterpillar was supportive of Pon’s modification project, working with the company throughout the process – the industrial equipment manufacturer reportedly has an interest in developing a line of electrically powered machines. Pon has also made it clear that their goal was never to replace the Cat® 323, just create a carbon-neutral option. In a press conference on Monday, Sollerud explained, “We do not want to invent a new excavator. Cat® 323F is one of the world’s best excavators. We only want it in an emissions-free version, with the same performance as the diesel-powered.” Until Caterpillar and companies like it finalize and release its battery-powered fleet into the market, Pon Equipment will hold the title of the first and only producer of clean energy construction excavators.

Watch the below video to see the electric excavator in action: