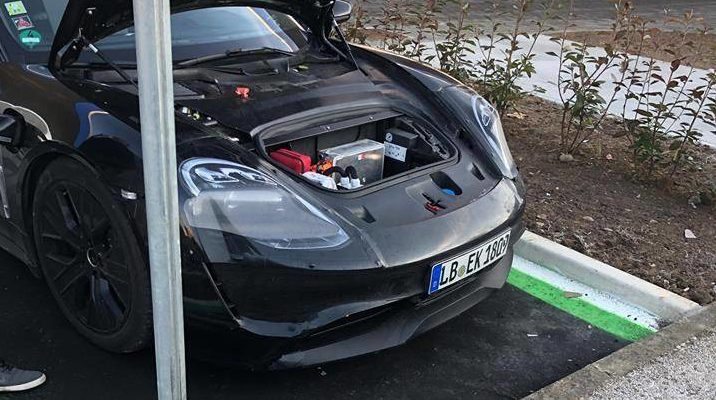 After months of sightings across the globe, Porsche appears to have reached a point where it is ready to reveal more details about its first all-electric car — the Taycan. In a recent sighting, an Italian publication was allowed to take photos of the Taycan’s automated charge port door in action, as well as the vehicle’s front trunk, or as the electric car community dubs it, the “frunk.”

News publication DMove.it was able to rendezvous with one of Porsche’s test mules as it was charging at the Rho Sud parking area, located on the A4 motorway near Milan. The publication credits Tesla rental company teslaexperience.it for making the meetup with the prototype electric sedan possible.

Unlike other sightings of the vehicle, Porsche engineers who were with the electric car were reportedly kind enough to allow the news publication to take photos and short video clips of the Taycan test mule. Taking full advantage of the opportunity, DMove.it decided to take pictures of the prototype’s automated charge port door, its bodywork, and its frunk. 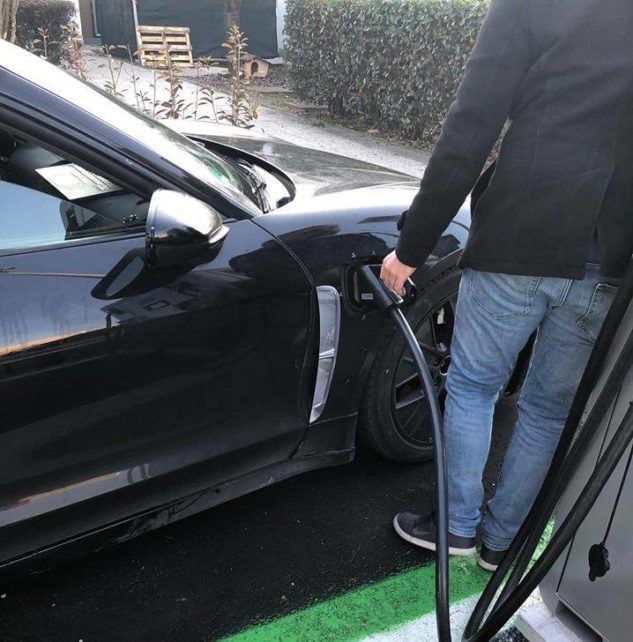 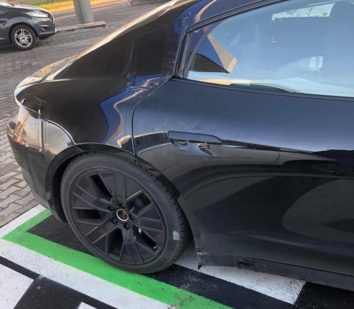 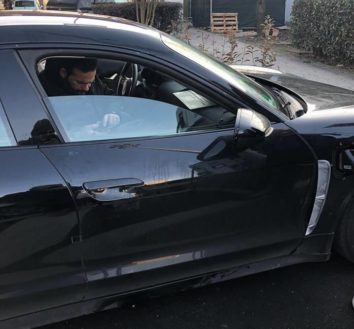 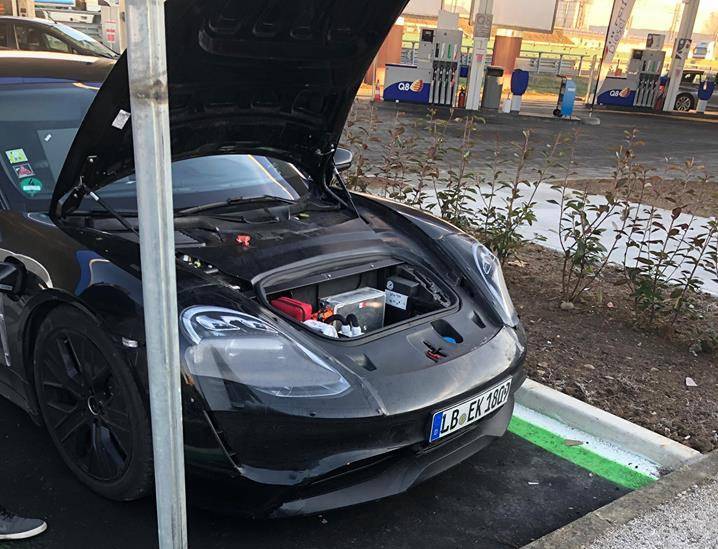 Based on the publication’s photos, the Taycan test mules appear more refined than the units that were spotted last year. The vehicles’ frunks also seem smaller than the storage spaces featured in cars like the Tesla Model 3. With that said, the Porsche Taycan’s frunk does seem deep, allowing it to store more items than rival vehicles like the Jaguar I-PACE — which has a rather minuscule front trunk. The size of its frunk also makes the Taycan appear more refined than the Mercedes-Benz EQC, which does not even have one.

The Porsche Taycan is expected to enter production sometime later this year, with reports indicating that the German carmaker would be producing 40,000 units of the vehicle every year at its Zuffenhausen site. Due to the demand for the electric car, Porsche is expecting to hire 1,500 more workers for the Taycan and the Taycan Cross Turismo’s production. The company also broke past the 30,000-employee barrier last year, partly due to the preparations for the Taycan’s arrival.

In the Zuffenhausen site itself, Porsche is in the process of setting the stage for the all-electric sedan’s initial production. In a press release, the established carmaker revealed that it is investing over €700 million (over $797 million) to set up the necessary equipment to enable a smooth, painless manufacturing ramp for the Taycan.