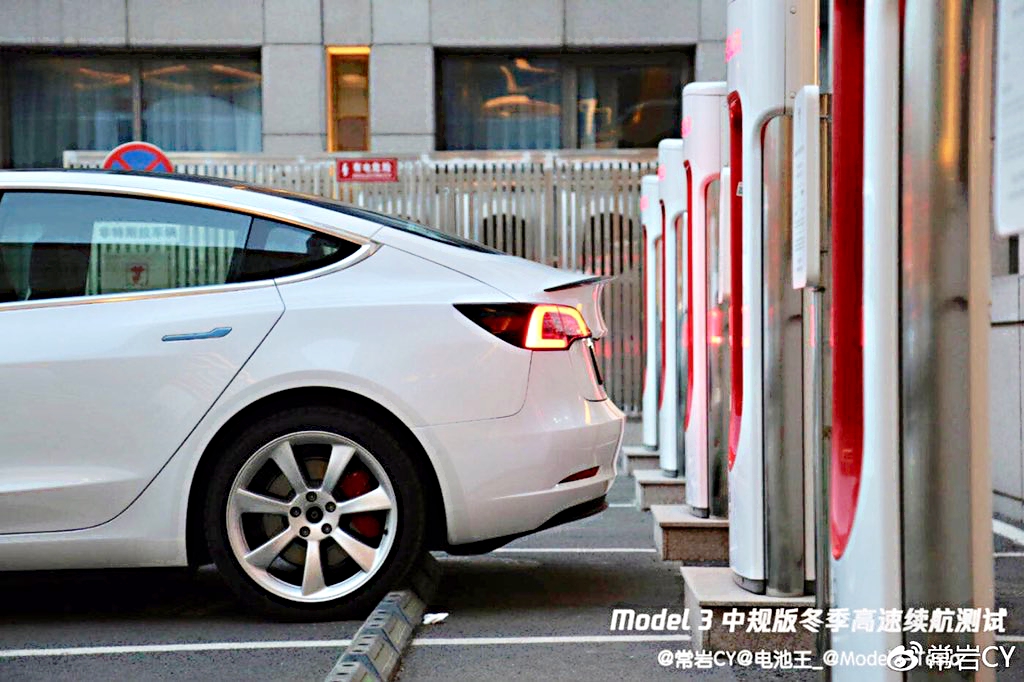 Preparations to deliver the first batch of Tesla Model 3 vehicles to customers in China are underway with the recent arrival of cargo ship Glovis Symphony at the Port of Tianjin. The carrier entered the port on Monday around 7 am local time after a 19-day journey from the San Francisco Bay Area where Tesla vehicles make their way from the company’s factory in Fremont to the loading dock. A shipment of Performance Model 3s received in Hong Kong last month seems to have primarily contained test drive and display vehicles, making the Glovis Symphony an even more welcomed arrival for local customers who anxiously await delivery of their California-made electric car.

Tesla’s Model 3 online configurator was first opened to the Chinese market early this year, enabling first customers to design the vehicle and take delivery as early as February. A few items were revealed in the China-specific Model 3 Design Studio, including the availability of the Long Range Model 3 in rear-wheel drive configuration, a 19″ Power Sports aero wheel package, and Enhanced Autopilot as a standard offering.

To help prepare China’s customers for Model 3, Tesla began opening up its test drive program and utilizing the Performance variant of the electric sedan. The program experienced a wide interest from buyers and was quickly filled by interested parties. Unfortunately, Shenzhen customers experienced a delay when a customer crashed the store’s first Model 3 test drive unit.

Besides the recent shipment of Model 3 to China, cargo ship Glovis Captain delivered around 3,000 vehicles to the Zeebruggee port in Belgium in the first week of February. Displays of Model 3 have additionally been spotted in heavily visited public areas across Europe such as the Schiphol Airport in Amsterdam and the Hoog Catharijn shopping mall in Utrecht. Tesla’s Model 3 push into Europe and China are critical parts of the company’s long-term profitability strategy.

Tesla’s shipments of Model 3 into China will be short-lived as the company pushes forward on building its own manufacturing plant in the country. An extra 25% import tariff is placed on cars originating in the US, which creates a significant price increase on any American vehicles brought into the country. At the moment, however, the tariff is suspended, scheduled to end on April 1, 2019. Even without the tariff, general import taxes remain in force, meaning Tesla would need to further reduce tax barriers to truly expand and compete throughout China. Manufacturing Tesla’s cars in Shanghai is the easiest way to make this happen. According to CEO Elon Musk, Gigafactory 3 construction is expected to be completed by this summer and production on Model 3s should begin by the end of the year.