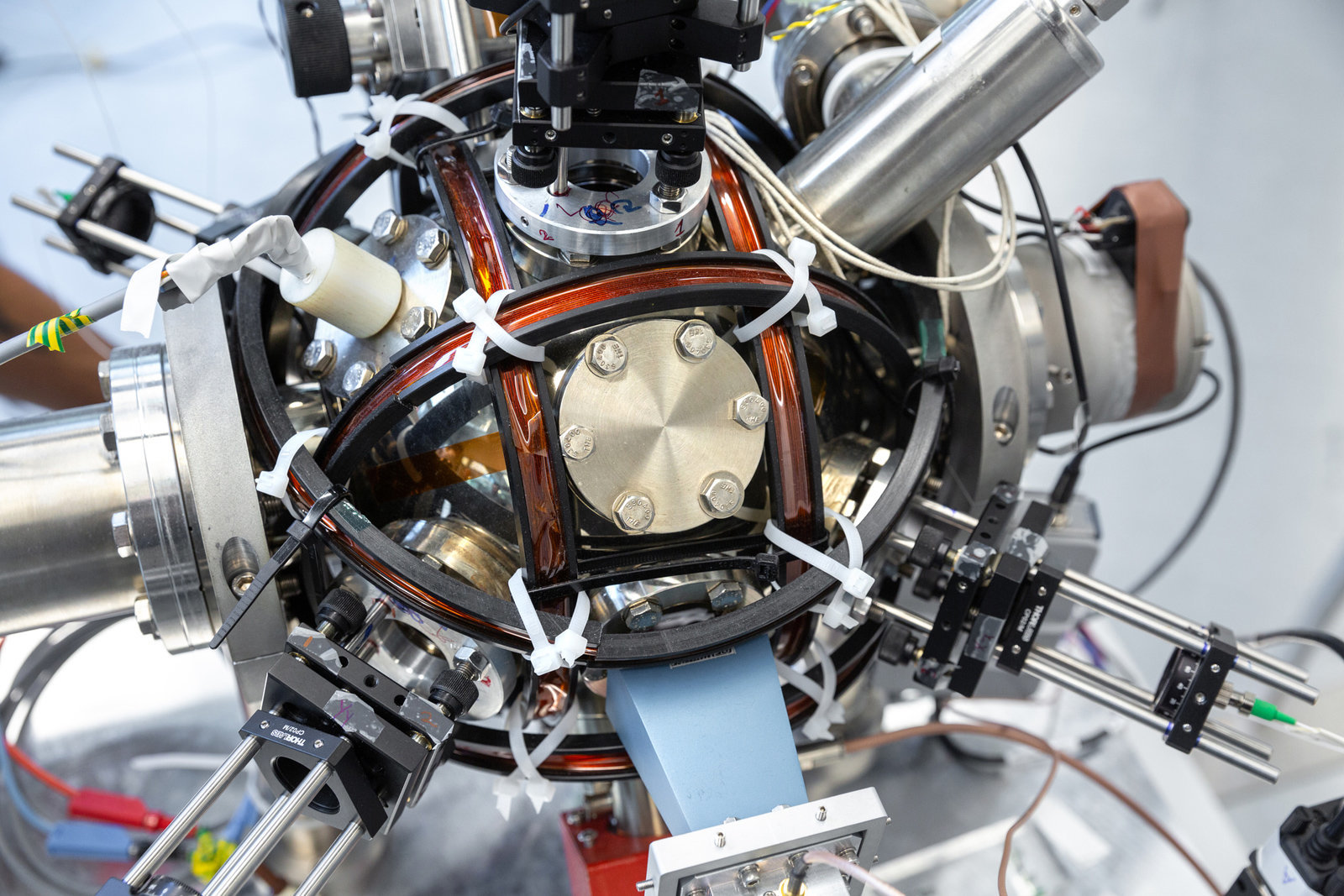 Quantum ‘compass’ technology aids in navigation without use of GPS satellites

Scientists from Imperial College London and M Squared, a photonics and quantum technology company, have created a portable quantum accelerometer which enables location tracking without the aid of GPS satellites. As demonstrated at the National Quantum Technologies Showcase 2018 in London, the device utilizes ultra-cooled atoms and lasers to measure position with precision made possible by quantum mechanics. The system is currently designed to be used for navigating large vehicles such as ships and trains, but smaller-scale devices will be available as the technology develops.

The reliance on global navigation satellite systems such as GPS has a few significant shortcomings that the quantum accelerometer would overcome. Satellite signals can be blocked or jammed, interfering with the systems that rely on the data being provided. Threats such as electromagnetic pulse (EMP) attacks on a massive scale, now closer to reality with nuclear capability developments around the world, would cripple any technology relying on satellite systems.

The financial burden of GPS failure is also a serious consideration driving the innovation behind this device. In M Squared’s press release announcement, it was estimated that each day without GPS services in the United Kingdom would cost the country 1 billion pounds. Since it’s a self-contained system not reliant on external signals, a quantum accelerometer would not be at risk for these types of security or financial fallouts. 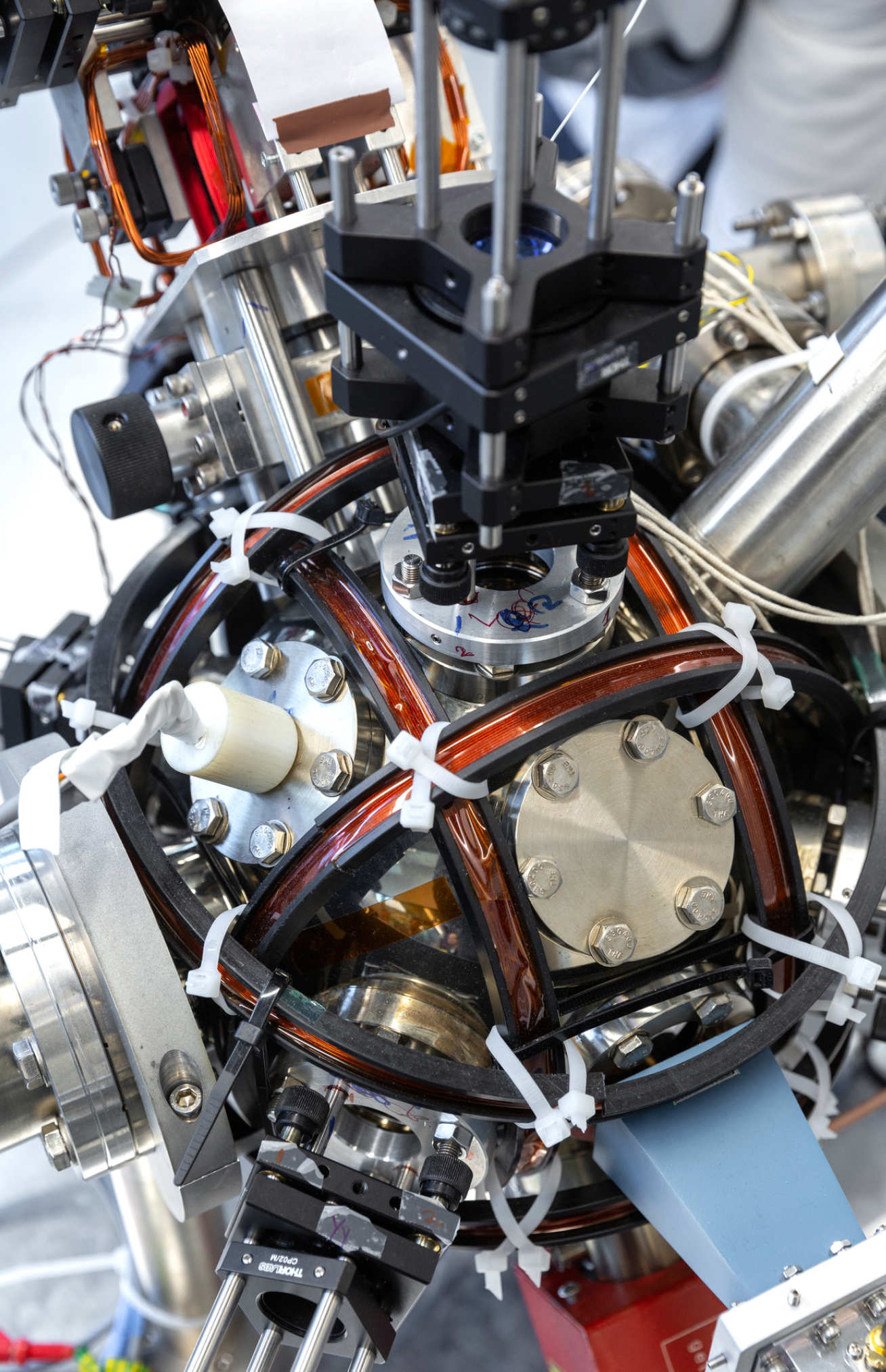 A close up of the quantum accelerator. | Credit: Imperial College London

Even without the consideration of electronic attacks and satellite failures, a much smaller version of this technology could overcome day-to-day problems with regular GPS use. Anyone who has ever used a map application in a city environment has likely experienced blockages from the buildings disrupting satellite signals. A quantum accelerator would calculate its position based on its high precision velocity measurements rather than GPS information, thus eliminating never-ending “recalculating” type errors that current mapping devices are prone to receive.

General accelerometers are already found in common devices like cell phones and video game controllers. Overall, they function by calculating changes in the velocity of an object (phone, controller, etc.) and that data is used for whatever its intended purpose. For location-driven applications, however, the measured position loses accuracy without feedback from external sources such as GPS. For example, after a few street turns (or less), a mapping application would need to confer with a satellite to recalculate the new position of the car in motion. The high precision of a quantum accelerometer does not have this limitation, thus eliminating the need for a GPS signal.

When atoms are cooled to ultra-cold levels, their quantum behavior emerges and can then be measured by a laser beam acting as a ruler. The team behind the quantum accelerometer device had already been developing other commercial quantum technologies prior to the current one, so when the need for arose for measuring and cooling atoms, a solution was already in place via the team’s universal laser system developed for gravity measurements. This laser both cools and measures the atoms involved in the accelerometer’s device’s movement calculations.

This quantum device is representative of the transition of quantum mechanics from the science laboratory to real-world applications. Besides navigational solutions, Professor Ed Hinds, Director of the Centre for Cold Matter at Imperial College London, described gravity measurements, mapping gravitational forces to look for minerals, and looking inside vehicles to diagnose problems as a few suggestions for other applications. “[The potential applications] …all come from the fantastic sensitivity and reliability that you can only get from these quantum systems.”

Watch the video below to see the quantum team tell more about the device.

Quantum ‘compass’ technology aids in navigation without use of GPS satellites