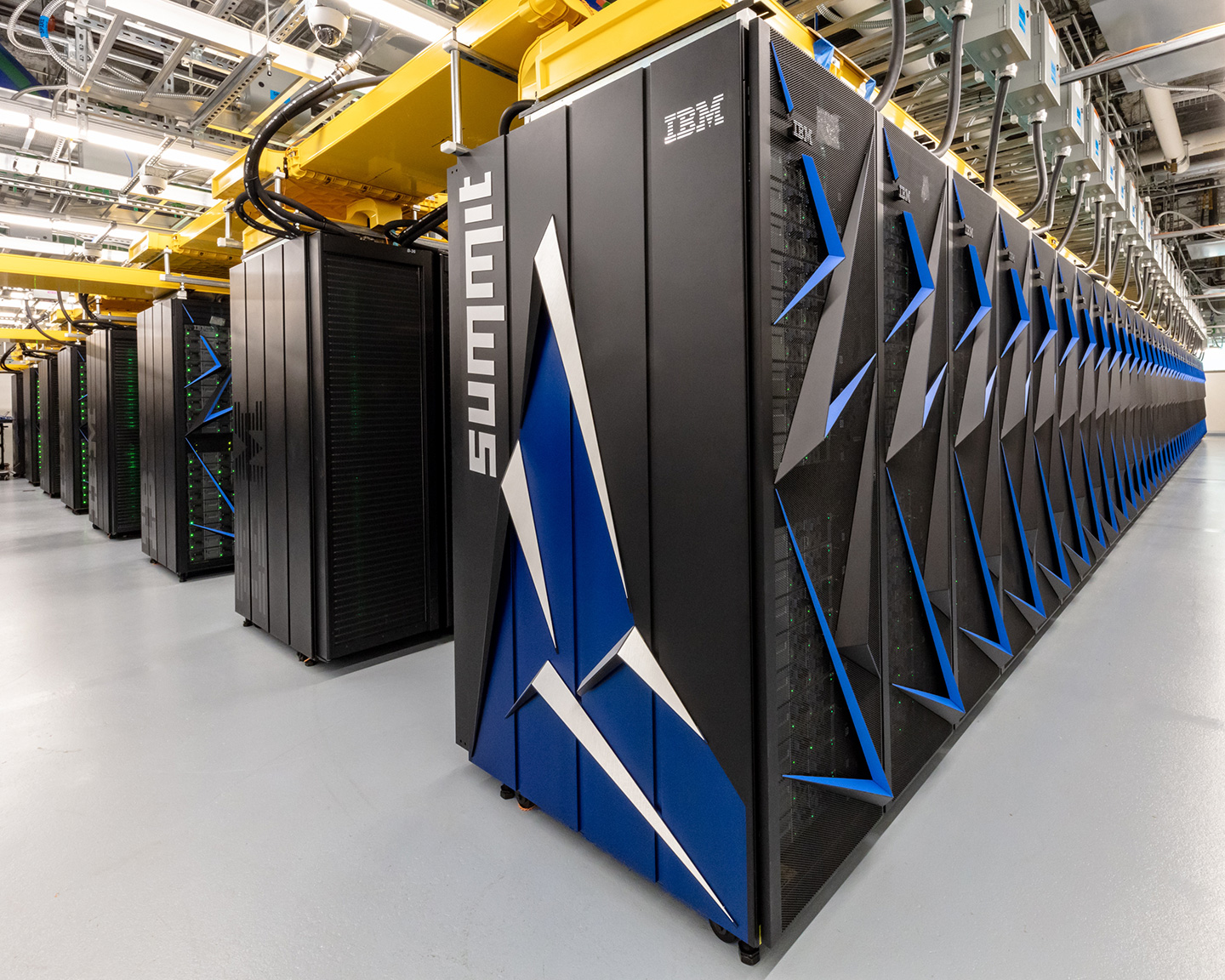 After a semi-annual assessment measuring supercomputer computational speeds, US-built IBM machine “Summit” has toppled two Chinese competitors to take the lead as the fastest of its kind in the world. China’s Tianhe-2 and Sunway TaihuLight spent the last two years at the top of the SuperComputer TOP500 List, but this month Summit pulled ahead of both with a performance of 143.5 quadrillion operations per second, making it 65% more powerful than the next non-US supercomputer on the list. Out of the top ten machines ranked, five are in the United States.

The TOP500 project was established in 1993 to track and rank meaningful statistics for organizations to use in determining their needs with regard to high-performance computing (HPC). The benchmark test used to determine the rankings is called “Linpack”, which requires HPC systems to solve a specific set of linear equations using floating point arithmetic. To help quantify just how powerful the machines in the HPC category are, Summit is 1 million times more powerful than the fastest laptop with 250 petabytes of storage capacity.

Located at the Oak Ridge Leadership Computing Facility (OCLF) in Tennessee, the Summit supercomputer has an architecture purpose-built and optimized by IBM for artificial intelligence. While specialized, access to its technology isn’t exclusive to the machine’s developers. All components are available to any enterprise as part of IBM’s product line.

Summit was funded with part of a $258 million grant from the U.S. Department of Energy to help maintain US leadership in national security, manufacturing, industrial competitiveness, and energy and earth sciences. Summit’s “sister” computer, Sierra, was developed as part of the same Department of Energy commission and takes second place in the TOP500 list. This machine is located at Lawrence Livermore National Laboratory (LLNL) in California, and it boasts a computing speed of just under 95 quadrillion operations per second.

The HPC field overall provides computing power for advanced artificial intelligence along with massive data projects in business, medicine, science, and engineering. A recent competition hosted by the Association for Computing Machinery to recognize achievements in HPC, the Gordon Bell Prize, named five finalists that used Summit for advanced science research. The projects included, among others, an algorithm looking for genetic variations linked to complex traits and conditions such as opioid addiction, an AI simulation of earthquake physics in urban environments, and a deep neural network to identify extreme weather patterns from climate simulations. The winner of the competition will be named later this week at the 2018 International Conference for High Performance Computing, Networking, Storage, and Analysis in Dallas.

Watch the video below for more about Summit’s supercomputer capabilities.