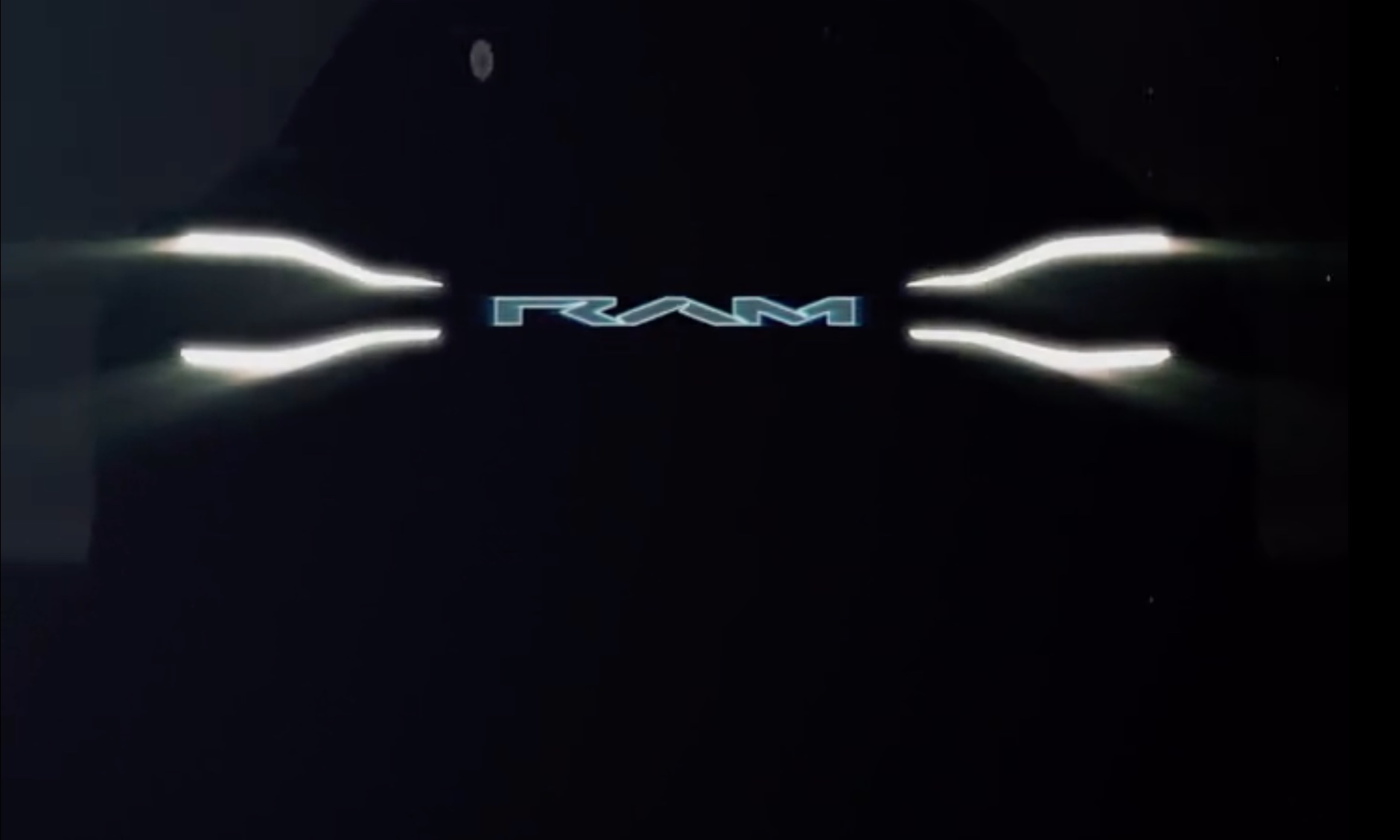 The RAM Trucks’ official Twitter account announced the RAM 1500 BEV’s official debut for the Fall of 2022. The announcement included a slight nod to its perceived competitor, the Ford F-150 Lightning, with the line: “Time to steal the thunder.”

The company that will unleash the RAM 1500 BEV is Dodge, which is part of Stellantis — created by a merger between Fiat-Chrysler Automobiles and PSA Group. Stellantis has teased glimpses of the RAM 1500 BEV in the last few months, most of which are shadowed images of the electric vehicle — reminiscent of the Tesla Cybertruck’s teasers.

In RAM Truck’s most recent announcement, the RAM 1500 BEV’s LED daytime running lights were the focal point. The LED lights’ shape were defined in the teaser and the RAM badge illuminated through the shadows, revealing its position at the front grille of the vehicle.

Then there is the new breed of car manufacturers, concentrating on a pure EV lineup, specifically Rivian and Tesla. Rivian has already released its R1T pickup truck and is steadily ramping production. Meanwhile, Tesla is preparing to start production on the Cybertruck next year.