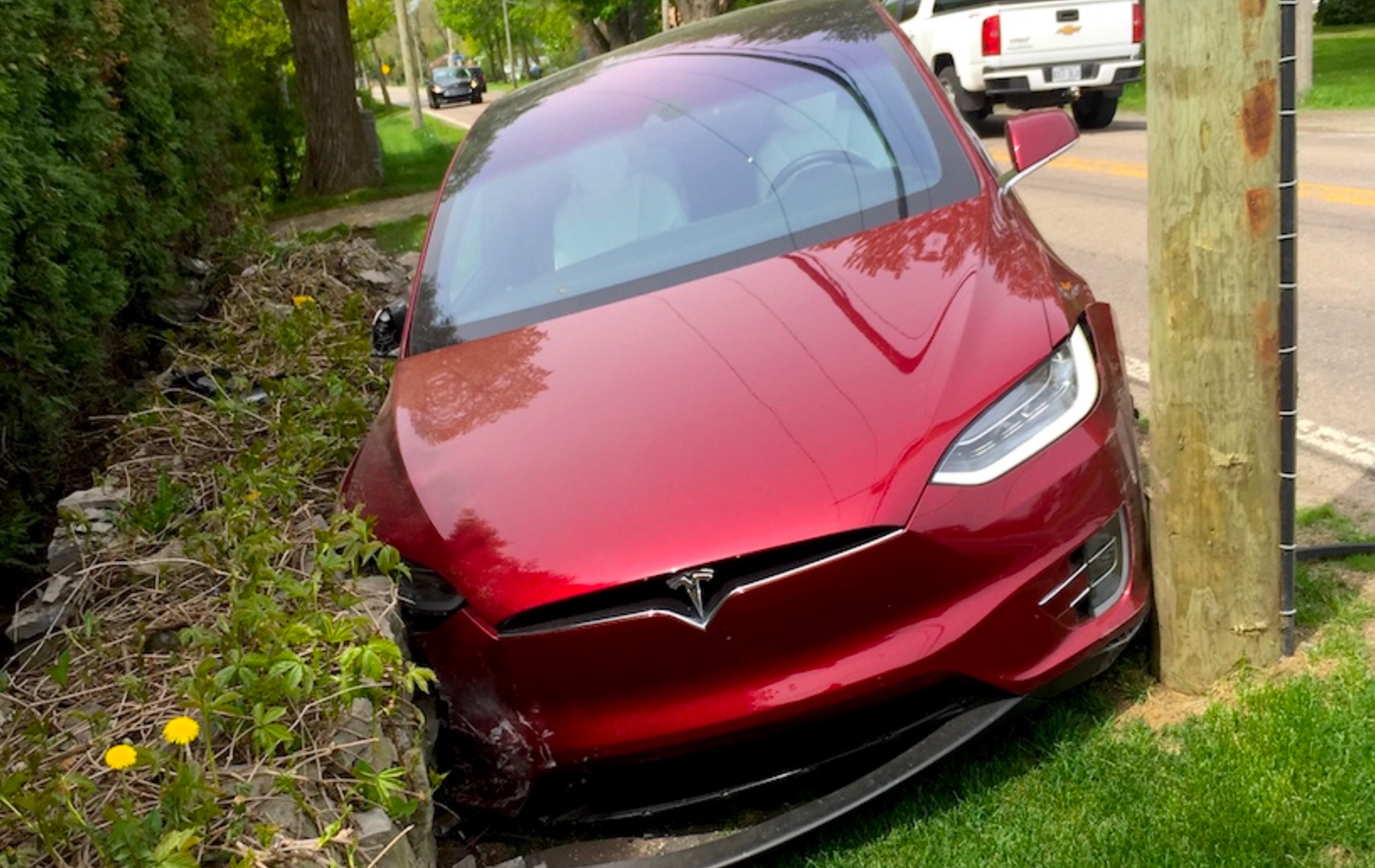 Rare Tesla Model X Founder Series crashes, driver unsure if Autopilot was on but blames himself

A rare Founders Series Tesla Model X in Signature Red suffered heart-wrenching damages after the owner thought the vehicle was on Autopilot and mistakenly took his eyes off the road. The accident occurred in Québec, Canada after Sylvain Juteau, who won the opportunity to purchase the gorgeous Model X through Tesla’s referral program in 2015, said he momentarily took his eyes off the road while attempting to change songs on the center touchscreen. When he looked back up, the Model X was already half off the road and headed towards the stone retaining wall, before crashing into it. Despite the tragic accident which thankfully did not involve involve any serious injuries, Juteau showed a very respectful humility by sharing his experience on Roulez Electrique where he serves as editor-in-chief, noting that driver’s should always keep their eyes on the road.

“The fault belongs to me only because the autopilot does not replace the driver and I paid the price for having left the road of the eyes, even if it was only a short time.” says Juteau. 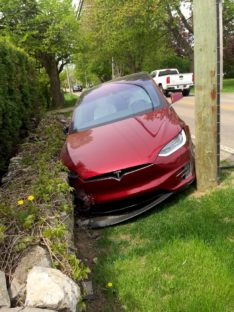 Juteau notes that when firefighters approached the scene, they were prepared to douse a fire despite there showing no signs of it. “The firefighters were deployed on the scene and I saw them take out the water hoses … I informed them that it was an electric car and that it did not catch fire as easily as a gasoline car. Guys do not seem to have much information about EVs.” recounts Juteau. He walked away from the crash nearly unscathed, with the only injury being back pains.

Unfortunately for the rare Model X, it’s still unclear whether the vehicle will be repairable or declared a total loss.

Juteau had won the opportunity to buy the Founders Series Model X from Tesla’s referral program in 2015 after referring over 34 Model S buyers. Juteau received the car after waiting nearly a year for it. He told the local news that winning the Tesla wasn’t easy, “It’s not selling under pressure, it’s sharing my passion for electric cars, writing on my blog or making videos.” This comes after Musk’s recent “shut down” of referral code ‘abuse’, targeted at notable YouTubers. Rare Tesla Model X Founder Series crashes, driver unsure if Autopilot was on but blames himself