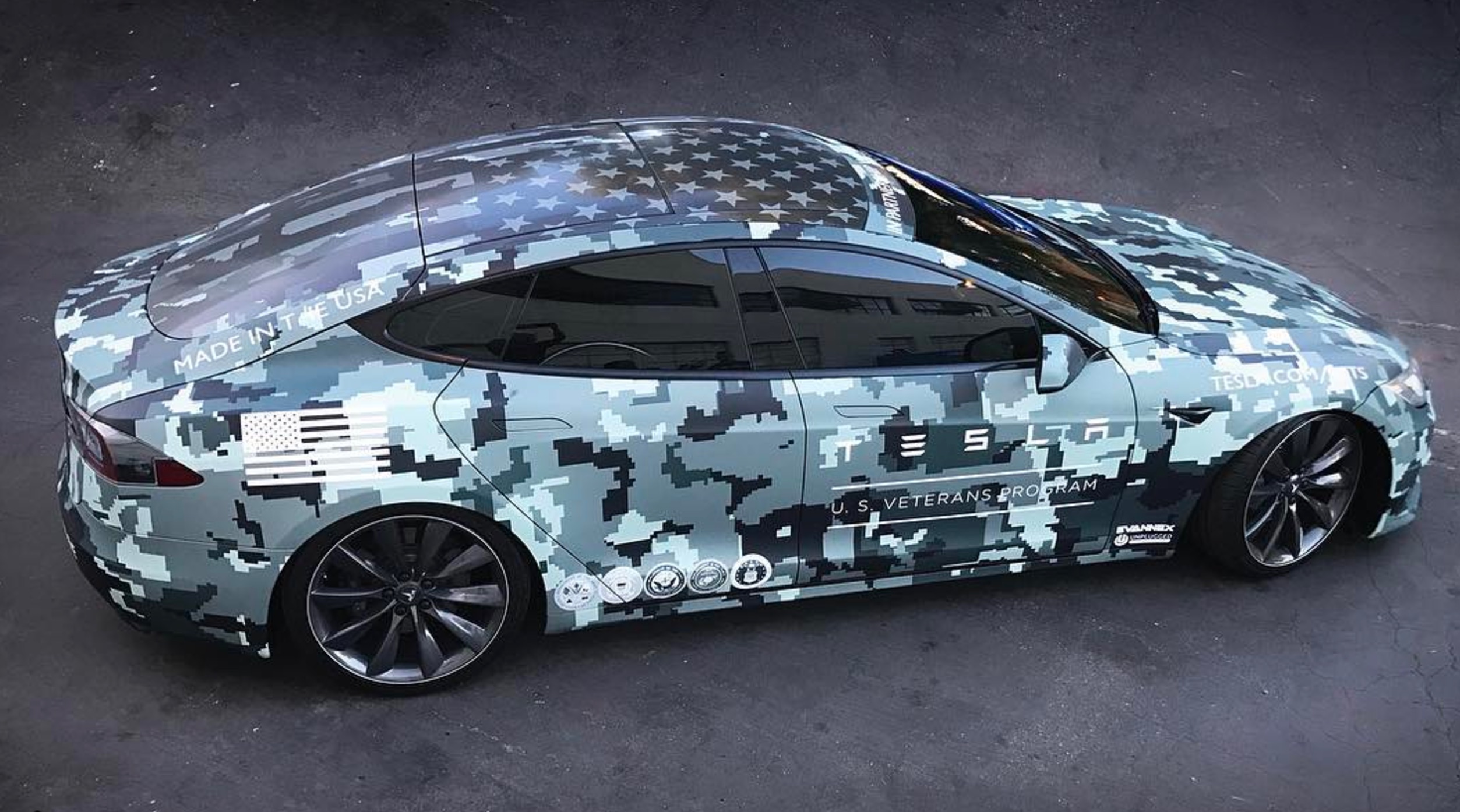 Tesla commemorated military veterans this past Memorial Day at the San Francisco National Cemetery with a wrapped urban camouflage Model S. In show of support for US veterans in need of work, the company used the highly modified Model S that was customized by aftermarket companies SS Customs, Unplugged Performance and EVannex as the centerpiece for its U.S. Veterans Program.

Our debt to the heroic men and valiant women in the service of our country can never be repaid. They have earned our undying gratitude. America will never forget their sacrifices. From all of us at #SSCustoms, We wish you a safe and pleasant #MemorialDay. #tesla #ModelS #teslavets

Generations of freedom fighters! Thank you @ss_customs for all the last minute touches in getting this car set up for the event today, couldn't have done it without you all! #MemorialDay2017 #TeslaVets #SSCustoms #HonorOurVeterans #TeslaModelS #TeslaP85 #Tesla #VeteranTaskForce

The Tesla U.S. Veterans Program is an outreach program for veterans looking for employment. Tesla believes that those people who are passionate about doing something important with their lives like defending their country will similarly be able to connect with the world-changing mission that fuels Tesla. The Tesla Vets website reads,

At Tesla, you will utilize your military skillset to the fullest: dedication to mission success, technical expertise, leadership acumen, ability to thrive under pressure, recognizing the value of teamwork, among the countless other strengths you forged in the service. 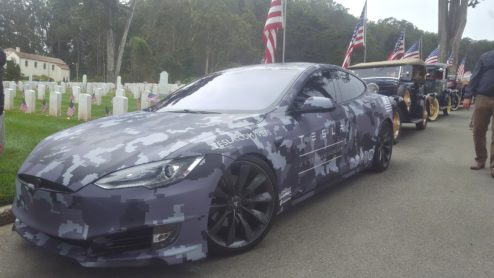 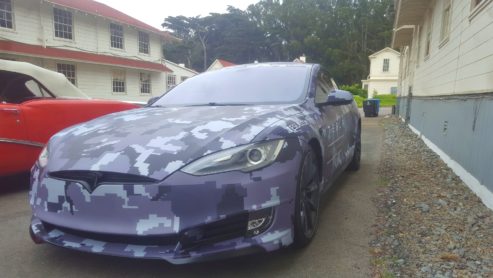 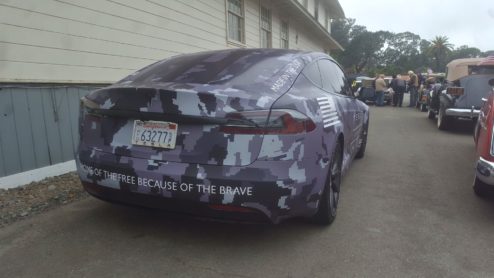 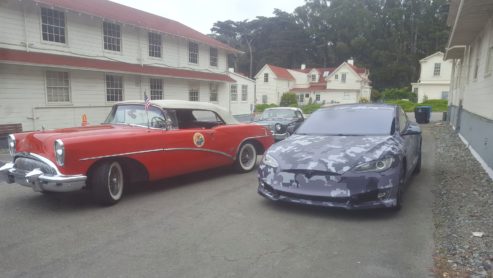 Tesla has built similarly customized vehicles in the past to commemorate Memorial Day including an olive drab Tesla Model S and a silver Tesla Model X, both having received their wraps by the team over at SS Customs. Though these vehicles are more for show than for functionality, it does show that Tesla is making an honest effort to attract and retain veterans based on the desire to tap into the skills they acquired while serving in the military.

Very proud to work for a company that supports the US Vets so well. #VeteransDay #TeslaMotors #TeslaVets pic.twitter.com/KQIeLTgHuZ

Tesla has a video that summarizes its desire to attract and retain veterans on its website which you can view in full below.