Rivian’s $5 billion U.S. plant has Fort Worth, TX as frontrunner

Rivian’s second U.S manufacturing facility, which the company intends to spend $5 billion on, will most likely land in Fort Worth, Texas, as of now. Last evening during the Fort Worth City Council Work Study, a proposal presentation from the Economic Development Department expanded on the economic benefits of the project, along with the most suitable location for the massive manufacturing facility.

Recently, Rivian confirmed that it plans to expand its manufacturing efforts with a second plant in the U.S. ahead of its first deliveries. The R1T pickup truck from Rivian is set to be delivered for the first time next month, but that hasn’t stopped the electric car company from already scoping out new sites that could potentially increase manufacturing figures and production numbers as the U.S. EV market continues to expand.

Rivian told Teslarati that the company “is in discussions with multiple locations as part of a competitive process for siting a second manufacturing facility. This may include Rivian being involved in certain public-facing processes at potential locations. Involvement in these processes does not indicate a final decision.”

Rivian did not shed any light on what areas it was considering for the second plant, but new documents have been uncovered that reveal the company is likely to land on a 2,000-acre land plot in Fort Worth near Walsh Ranch.

The Economic Development Department presentation on the Rivian project was given by Robert Sturns, Director of the Department. In the presentation, Sturns gave a list of several advantages that the Rivian plant would provide for the region, including: 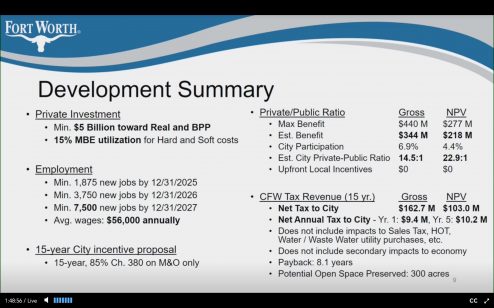 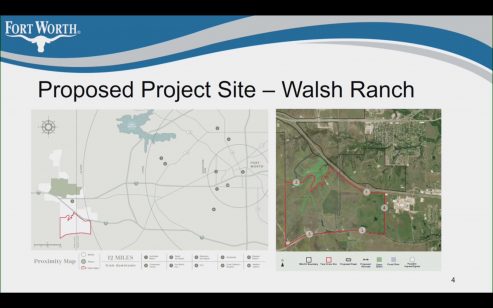 It should be noted that Rivian has in no way committed to this area for the production plant. Documents obtained by Teslarati indicate that Rivian’s recent announcement of looking for an area for the second plant may have been a driving factor in the presentation, but it appears that Rivian and the Economic Development Department had an agreement, according to the documents.

Teslarati reached out to Sturns, who gave the presentation, but did not immediately receive a response.

Rivian’s $5 billion U.S. plant has Fort Worth, TX as frontrunner