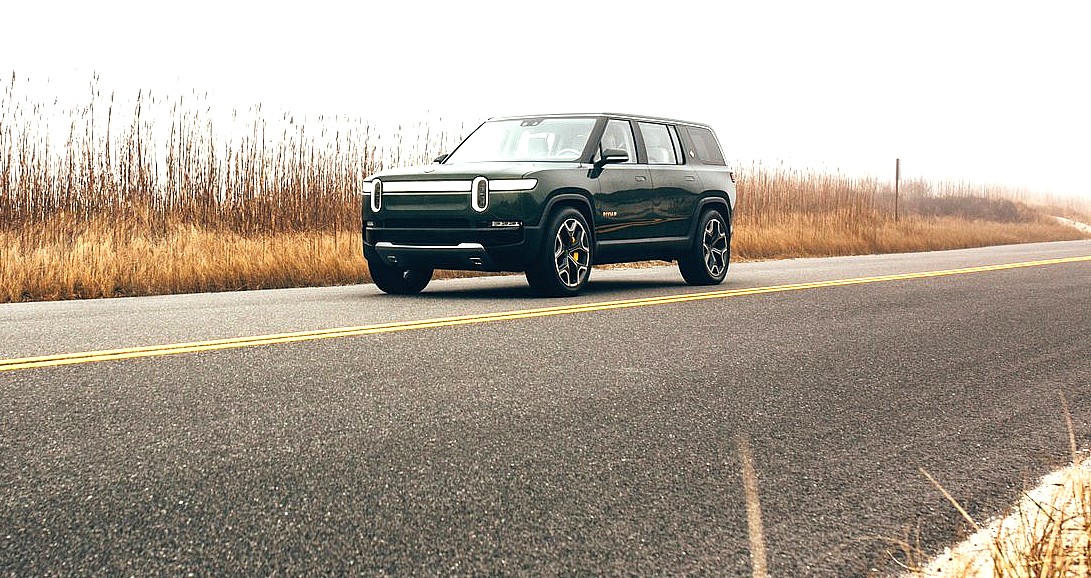 Rivian continues to tease its upcoming appearance at the 2019 New York International Auto Show, where the company is expected to showcase its first two vehicles: the R1T pickup truck and the R1S SUV. Just days after hinting at the R1T’s presence in the upcoming event, Rivian has posted another teaser on social media, this time featuring its Range Rover-rivaling R1S.

Rivian’s latest teaser, which is simply captioned “road tripping,” highlights the company’s “outdoor adventure lifestyle” theme, as invoked by the images of the R1S traveling on what appears to be a long and deserted road. Particularly interesting is an image showing what appears to be the UI in the R1S’ dashboard, which features a bird’s-eye view of the SUV and what appears to be a vector-based map.

Rivian has only emerged from the shadows late last year, but the company has already drummed up a notable degree of excitement for its first two vehicles, both of which are practically production ready. Thanks to its refined products, and augmented by the honest, down-to-earth nature of its CEO, RJ Scaringe, Rivian has captured the support and attention of the electric car market. This support was palpable in the company’s recently-held meet-and-greet at Manhattan, where Rivian hosted a number of reservation holders of the R1S and R1T.

In what could now be described as classic Rivian fashion, the meet-and-greet was was noticeably high-end, with cocktails and hors d’oeuvres being served to guests. CEO RJ Scaringe was present at the event, as well as a number of designers and engineers who were directly involved with the creation of the all-electric truck and SUV.

Rivian has successfully drummed up interest in its vehicles, and the company is now approaching what could only be described as its biggest challenge yet: actually producing its electric trucks. Both the R1S and the R1T are targeted towards the higher end of the market, with Scaringe noting in a previous interview that Rivian is going for the demographic that spends “$70,000 or $80,000 on a GMC Denali or a Chevy Suburban or a Land Rover Discovery or a fully loaded Ford F150.”

Both of Rivian’s electric vehicles are loaded to the teeth with tech, such as four electric motors and a mammoth 180 kWh battery pack that is expected to give around 400 miles of range. The R1T and R1S are also quick on their feet, being capable of hitting highway speeds in around 3 seconds. The Rivian R1T pickup starts at $69,000, while the R1S SUV has a starting price of $72,500 before incentives. Both are expected to enter production in 2020 and can be pre-ordered on Rivian’s official website today.

Here’s a cool video from Teslarati‘s Dacia Ferris showcasing one of the Rivian R1S’ cool features.