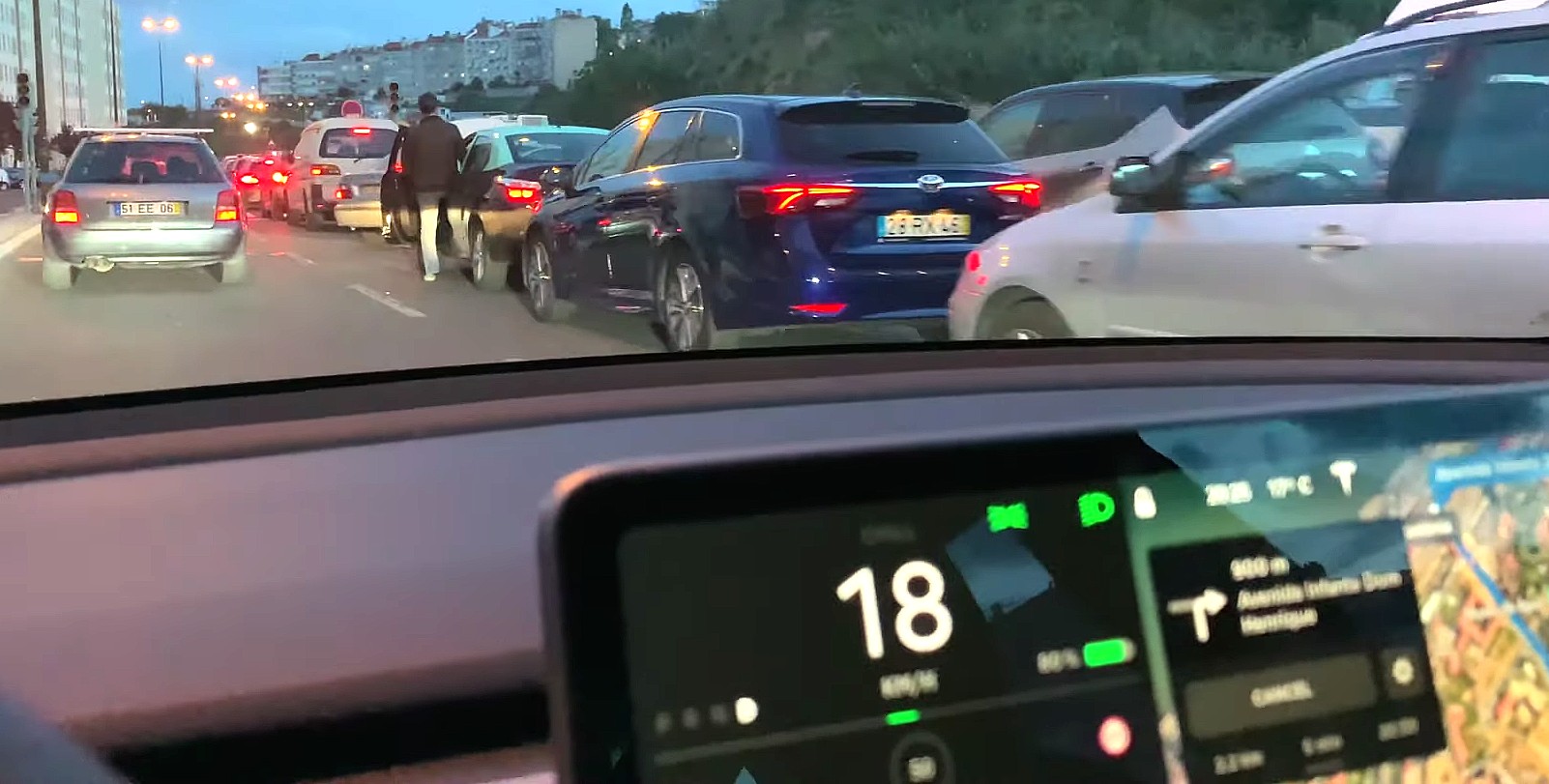 Tesla owners in Portugal are thanking the electric car maker since their vehicles are proving immune to the ongoing gas crisis in the country, which resulted from a strike by fuel-truck drivers calling for higher pay and shorter working hours.

The gas shortage in Portugal got notably worse on Wednesday, the second day of the truck drivers’ strike. Hundreds of gasoline stations closed during the day, as evidenced by incredibly long lines of internal combustion vehicles lining up on stations that still had fuel. Authorities declared a national energy crisis as well, ordering truck drivers to resume deliveries to airports, hospitals, and other essential services.

The government has mandated that a “minimal” supply of at least 40% of normal gas levels must be maintained at gas stations in Lisbon and the second city of Porto. With the national energy crisis in effect, emergency vehicles such as ambulances and firetrucks are given priority to access this “minimal” supply of gas. This means that for thousands of motorists, their vehicles are severely fuel-constrained.

Amidst the chaos brought about by the ongoing truck drivers’ strike, owners of Tesla’s electric cars were able to largely avoid feeling the brunt of the fuel crisis. A Tesla Model 3 owner from the area shared a short clip from his drive home, and it showed the electric sedan passing dozens of vehicles forming a long line to a gas station.

If the truck drivers’ strike in Portugal continues, it is not only the private transport sector that will be affected. As noted in a Politico EU report, some motorists are already spending the night just to line up for fuel, and public transport operators in Lisbon and Porto have warned that buses only had a few days’ worth of fuel left. In a statement to the publication, António Medeiros, a truck drivers’ union treasurer, noted that “If we stop for two or three days, we throw Portugal into chaos. We are perfectly aware of that.”

Unfortunately, there are signs that the truck drivers’ strike would continue. A meeting between employers and the truckers’ trade union broke up without an agreement being reached on Tuesday. The strike is also seeing little political support, with Rui Rio, the leader of Portugal’s Social Democratic Party, noting that “I’m not going to attack the government over something that isn’t the government’s responsibility.”

While Tesla owners who charge their vehicles from the grid will likely experience the effects of the truck drivers’ strike if it continues, those whose homes are equipped with solar panels and battery storage units will largely be immune to further fuel shortages in the country. This independence from the grid is something that is key to Elon Musk’s plan for Tesla, which involves zero-emissions vehicles running on solar energy.

The ongoing experience of Tesla owners in Portugal all but highlights the need for the company to ramp the production of its energy business. Tesla has mostly focused on its electric car business in recent years due to the Model 3 ramp, but Musk has noted that 2019 will see Tesla ramping its energy products. Musk emphasized this point in the Model Y unveiling, stating that 2019 will be the “year of the Solar Roof.” A production ramp of the Tesla Powerwall 2 home battery storage unit is expected this year as well.